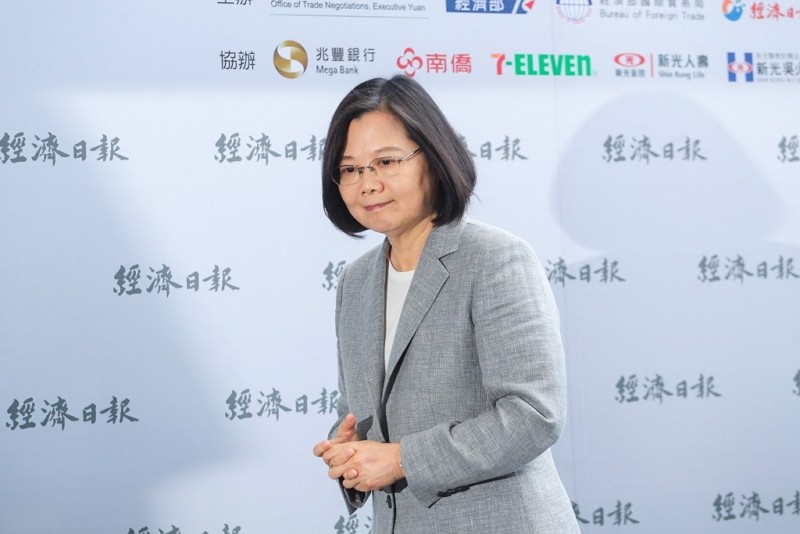 TAIPEI (Taiwan News) -- Taiwan President Tsai Ing-wen (蔡英文) won her sobriquet as “Spicy Taiwanese Sister” when she flat out rejected the “one country, two systems” framework for Taiwan at an impromptu press conference on January 2, after China President Xi Jinping (習近平) came out in support of the idea the same day.

Tsai’s reaction won praise from plenty of online sources, with people calling her “Spicy Taiwan Sister” (辣台妹). In response, Tsai said, “I am ‘spicy’ because I defiantly stand my ground and voice my opinions.”

Very well-said, but I must admit to having doubts about her statement, “I defiantly stand my ground.”

Perhaps you still remember the historic phone call that Tsai made to the then United States president-elect Donald Trump on December 2, 2016. The truth is that Tsai waited two entire weeks to call Trump after her team was informed that Trump would take her call, according to Stephen J. Yates, a former security advisor to U.S. Vice President Dick Cheney.

Why did “Spicy Taiwanese Sister” keep Trump waiting for so long? Was she afraid of provoking Xi and China? If she truly is the person she claims to be, why did it take her two weeks to “defiantly stand her ground” and make her voice heard.

Another reason for doubt, to my mind, is Dolkun Isa, president of the World Uyghur Congress, who has not been able to visit Taiwan for three years. The Dalai Lama, 1989 Nobel Peace Prize laureate, was also denied entry to Taiwan.

The Dalai Lama made three religious and cultural visits to Taiwan, in 1997, 2001 and 2009, when Taiwan was led by presidents Lee Teng-hui (李登輝), Chen Shui-bian (陳水扁) and Ma Ying-jeou (馬英九). Yet, our “Spicy Tsai” has been reluctant to invite the prominent Tibetan spiritual leader.

Rebiya Kadeer, who has spoken several times at congressional human rights hearings in the U.S., has also expressed interest in visiting Taiwan. When Ma was president, she was denied entry to Taiwan by the Ministry of Interior for fear of “harming national interests.”

Even now, with the Democratic Progressive Party (DPP) in power, her entry is still denied.

They all confirmed the Tsai administration has denied the Dalai Lama and Kadeer entry to Taiwan by not issuing them visas. This is despite the fact they were both invited to the Taiwan International Religious Freedom Forum held on May 30.

Tsai spoke of Taiwan’s support for those oppressed by autocratic regimes and deprived of their religious freedom in her speech at the forum. Yet, her administration said no to the Dalai Lama and Kadeer.

I cannot help but feel confused. What is the real stance of our “Spicy Taiwanese Sister”? What is her real voice?

Chang Kuo-tsai is a former deputy secretary general of the Taiwan Association of University Professors. Before retirement, he was an assistant professor at the National Hsinchu University of Education.