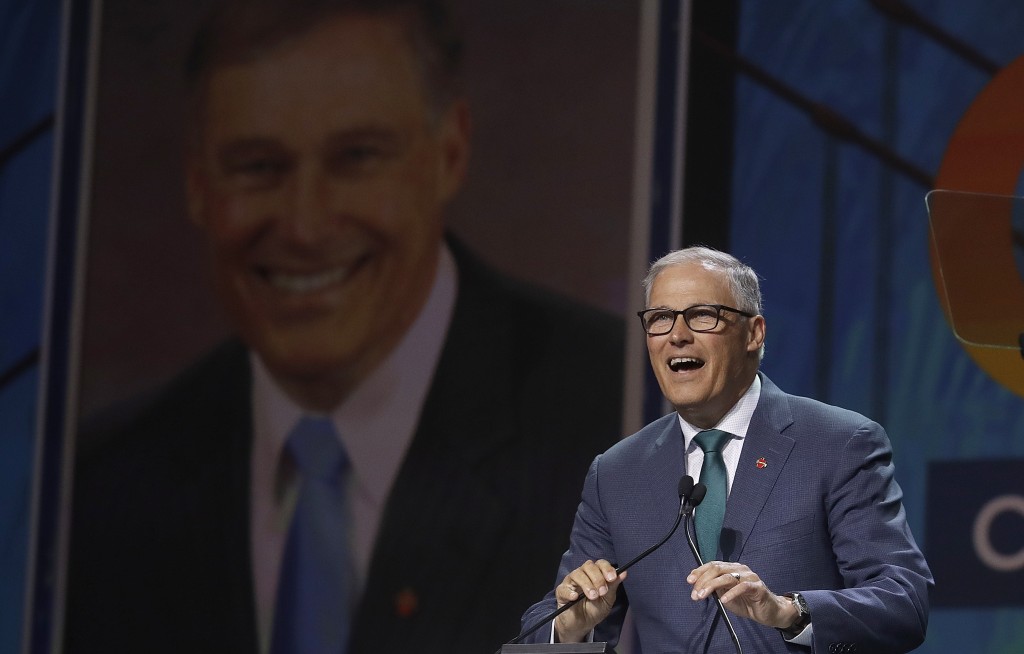 Democratic presidential hopeful Jay Inslee is arguing the U.S. must shape its foreign policy around a commitment to combat the climate crisis.

The Washington governor is outlining his agenda Wednesday in a speech to the Council on Foreign Relations in New York.

Inslee tells The Associated Press he wants to use "all the tools in the international relations tool box" to compel other nations to reduce carbon pollution. That includes tariffs, other trade incentives and the leverage of international finance rules.

He repeats his call to keep the U.S. in the United Nations climate pact of 2015. President Donald Trump withdrew the U.S. from the Paris agreement.

Inslee also would have the U.S. join an international alliance that calls for phasing out coal plant pollution by 2030.