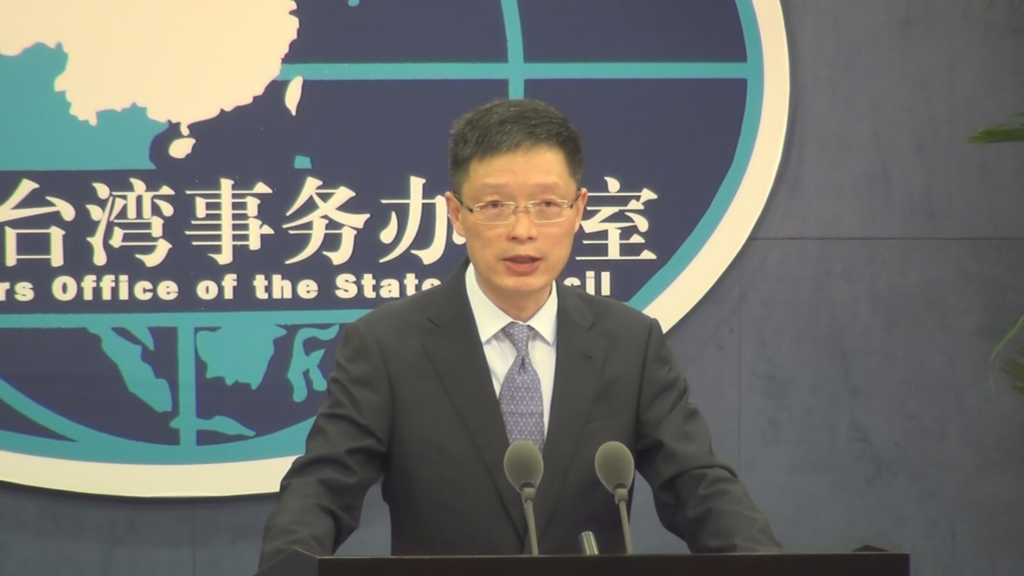 TAO spokesman, An Fengshan (安峰山), said in a press release that Tsai’s “treacherous” remarks are being used to instigate cross-strait confrontation, and to vilify China.

Without specifically mentioning the events in Tiananmen Square 30 years ago, the TAO press release offered a subtle defense of the Chinese government by saying that the Chinese Communist Party has unswervingly worked to serve the cause of socialism with Chinese characteristics.

On Tuesday’s anniversary of the violent crackdown on student protesters carried out by China’s People’s Liberation Army in Tiananmen Square, President Tsai Ing-wen shared the following message to social media.

"Whether a nation is civilized or not depends on how the government [of that nation] treats its people and deals with its past mistakes…The world is still seeking the truth about the loss of thousands of young people during the June Fourth Incident, but the Chinese authorities have shown no remorse for the violent crackdown to this day and continue to cover up the truth. I believe people pursuing freedom and democracy around the world will never agree with such practices.”

The TAO press release referred to President Tsai as a “Democratic Progressive Party Politician,” which United Daily News reports is the first time China’s TAO has ever used the term to refer to President Tsai.

In the week leading up to the anniversary of the June Fourth Incident, Beijing was also angered after President Tsai met with Chinese activists who were part of the Tiananmen Square protests in 1989. TAO accused the president of actively “sabotaging” relations between Taipei and Beijing.

Chinese leaders over the years have refused to acknowledge the events that happened in Beijing in 1989. Chinese media outlets under control of the state have traditionally avoided any mention of the massacre.

Interestingly, this year for the first time, a state-backed tabloid owned by the People’s Daily published an editorial defending the brutal actions of the Chinese Communist Party and their military. The Global Times editorial is titled “June 4 immunized China against turmoil."