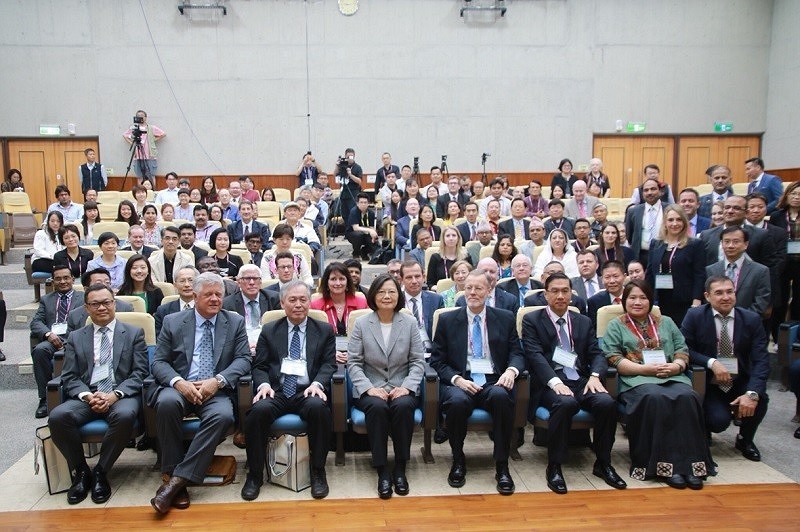 The news of the Dalai Lama and Kadeer being denied entry into Taiwan has been confirmed by several religious groups. Taiwan’s Mainland Affairs Council (MAC), however, denies receiving a visa application for the Dalai Lama.

An exclusive source from Washington D.C. told Taiwan News the Tsai administration had promised to invite the Dalai Lama to the Taiwan International Religious Freedom Forum, which took place in Hsinchu on May 30.

RFA interviewed several participants at the forum, including Bob Fu (傅希秋), founder and president of China Aid; Umit Hamit of the World Uyghur Congress; and Dawa Tsering, chairman of the Tibet Religious Foundation of His Holiness The Dalai Lama.

They all confirmed the information to be true.

The MAC responded in a written statement that “it has not received any visa application for the Dalai Lama from the Taiwan International Religious Freedom Forum.”

Nevertheless, after returning to the United States, some forum participants told the press that Secretary-General to the President Chen Chu (陳菊) had promised up to five times that Taiwan would invite the Dalai Lama for a visit.

Even more shocking is that a government official frankly admitted in private that Taiwan had not planned to invite the Dalai Lama or Kadeer.

Yet, when speaking at the forum, President Tsai said she was “sorry that the Dalai Lama could not visit Taiwan.” In response, one former White House official commented privately: “I am used to politicians telling lies.”

Did the Tsai administration lie about inviting the religious and human rights leaders to Taiwan? The U.S. source said that Kadeer went to the Taipei Economic and Cultural Representative Office and met with Stanley Kao (高碩泰), Taiwan’s representative to the U.S., but that her visa application was denied.

She said she felt as if she had been “kicked out of” the TECRO and described the Taiwanese government as the “Republic of Liar[s],” according to the source.

In an attempt to explain to the Dalai Lama why his invitation was revoked, Taiwan’s Ministry of Foreign Affairs reportedly sent representatives to visit him in Dharamshala, India in mid-May. The Dalai Lama, however, politely declined to receive them.