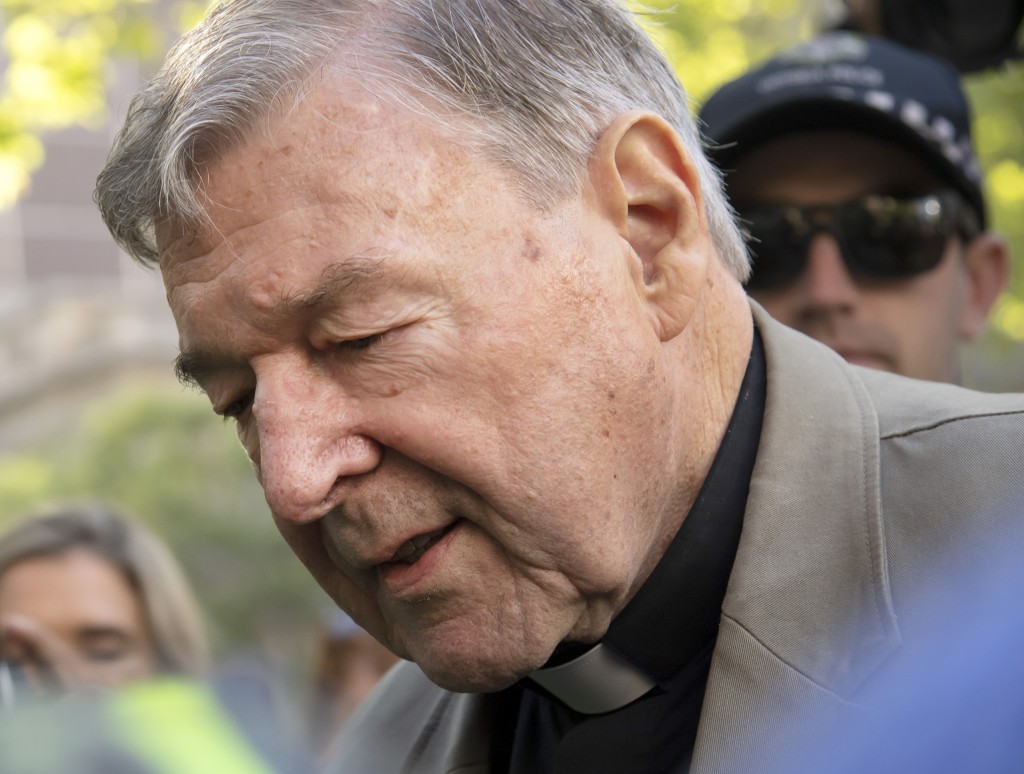 MELBOURNE, Australia (AP) — The most senior Catholic convicted of child sex abuse will soon ask an Australian appeals court to reverse convictions on charges of molesting two choirboys in a cathedral more than 20 years ago.

Australian Cardinal George Pell has applied to attend the Victoria state Court of Appeal in person for the hearing that is set to be heard by three judges on Wednesday and Thursday.

Pope Francis' former finance minister was convicted in December of orally raping a 13-year-old choirboy and indecently dealing with the boy and the boy's 13-year-old friend in the 1990s.

Prof. Jeremy Gans heads the Melbourne Law School and is an expert on Victoria criminal law. He says Pell has a strong chance of winning the appeal on the ground that the verdicts were "unreasonable."