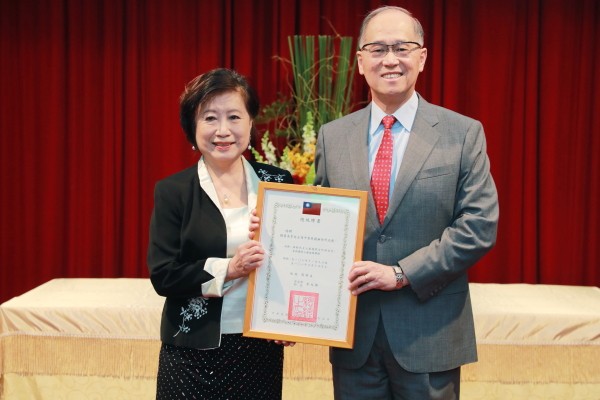 TAIPEI (Taiwan News) – A Taiwan ambassador-at-large and former government official of the Chen Shuibian administration, Maysing Yang-Huang (楊黃美幸), has announced that she will leave her post as an act of protest against the Tsai administration, and in support of DPP presidential challenger William Lai.

In her remarks, first reported by NewTalk, Huang says she no longer has the desire to defend Taiwan’s democracy, while Tsai Ing-wen is still in office. She says Tsai’s actions have left her with no choice but to resign.

After President Tsai turned down an invitation to speak at a Taiwan Democracy Foundation ceremony, Yang-Huang accused President Tsai of being unwilling to stand up for human rights activist Maria Chin Abdullah -- who was to receive the “Asia Democracy and Human Rights Award” -- out of fear that she will offend the Malaysian government. Ironically, Malaysia later underwent a regime change that brought Mahathir Mohamad to power and Maria Chin Abdullah was elected a member of the Malaysian Parliament, Yang-Huang pointed out.

Yang-Huang is also disappointed that Tsai has not made any effort to remove a Uyghur activist leader Dolkun Isa from a blacklist, which prevents him from entering Taiwan. Yang-Huang met with Isa in 2016, where Isa asked when he might be able to visit Taiwan, “now that Tsai Ing-wen has been elected.”

The ambassador-at-large was unable to offer any response.

NewTalk reports that Yang-Huang has also expressed great dissatisfaction with the Democratic Progressive Party’s decision to alter the polling method for the primaries to include cell phones. This was what led Huang to regretfully give up her post promoting Taiwan as an ambassador-at-large.

She says the Tsai government has lost its way, and become too timid on the international stage. In comparison, Yang-Huang believes that a leader like William Lai will bring dignity back to the office of the president and to country.

In her remarks, Yang-Huang notes that Lai has been a very active person in Taiwan's politics, and has shown moral courage and integrity in his conduct.

After many years of serving to further Taiwan’s interests, and fight for Taiwan’s inclusion and participation on the international stage, Yang-Haung said she has been saddened by the conduct of President Tsai Ing-wen.

Yang-Huang was appointed as an ambassador a large in 2017 to serve the country’s interests in areas of human rights and democracy. Her term was set to finish on June 14. 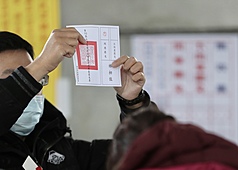