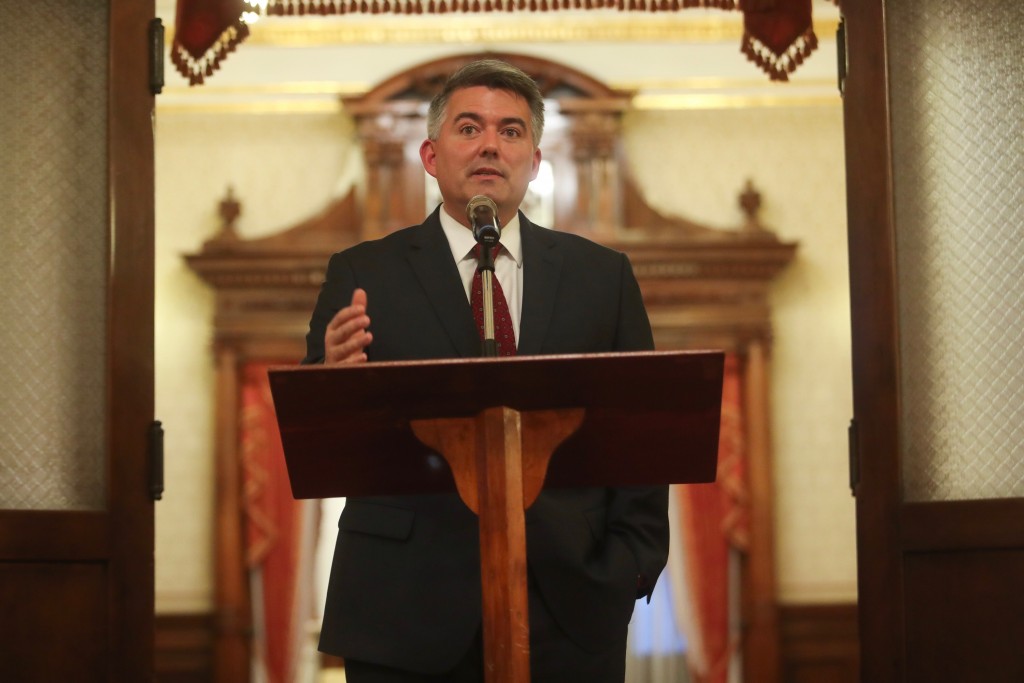 TAIPEI (Taiwan News) — U.S. Senator Cory Gardner said Sunday (June 2) in Taipei he will continue pushing for pro-Taiwan legislation in the United States, including the Taipei Act, which promotes Taiwan’s participation in the international community.

The senator from the Republican Party is visiting Taiwan for the fourth time from Sunday to Monday to meet with the Taiwan authorities.

“Today we had an opportunity to talk about trade and security relationship” between Taiwan and the United States, said Gardner at a press conference held after meeting with President Tsai Ing-wen (蔡英文) and Secretary-General to the National Security Council David Lee (李大維) in the afternoon.

Speaking about the Taiwan Allies International Protection and Enhancement Initiative Act, or the Taipei Act, which was re-introduced by Gardner on May 23, Tsai said the bill shows that the relationship between Taiwan and the United States has become even more robust and is in its best state in decades.

The bill, first introduced in 2018 but failed to pass the Senate last year, requires the U.S. administration to engage with governments around the world to support Taiwan’s diplomatic recognition and strengthen unofficial ties with Taiwan.

“The bill has received bipartisan support in the Congress,” emphasized Gardner, adding that he will continue to push for the passage of the bill.

The Senator also stressed his long-term efforts in the Congress to ensure that Taiwan’s voice is represented in international organizations, and to promote visits of high-level U.S. officials to Taiwan.

Asked about whether he anticipates changes to Taiwan-U.S. relationship if a pro-China candidate is elected Taiwan president in next year’s election, the senator, who commended Tsai’s leadership at the beginning of his remarks, emphasized that the island nation’s future leader must be decided by the people of Taiwan.

“Our relationship with Taiwan is guided by the Taiwan Relations Act (TRA),” said Gardner. The U.S. has concerns over China’s trade practices and human rights records, and its relationship with China will not be affected by interference in the sovereignty of any nations, he added.