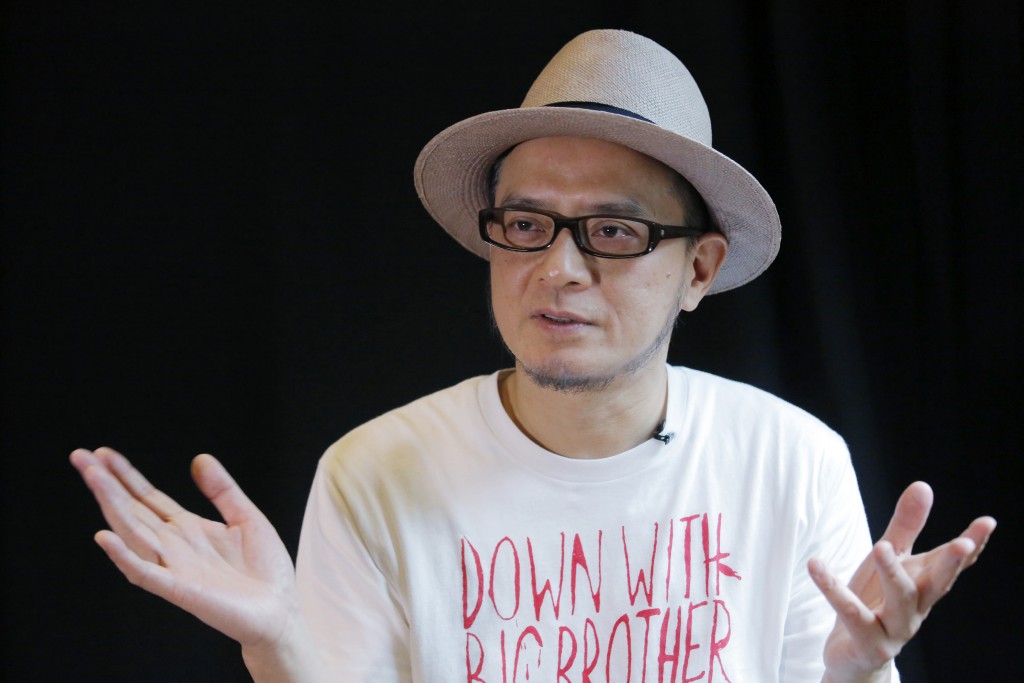 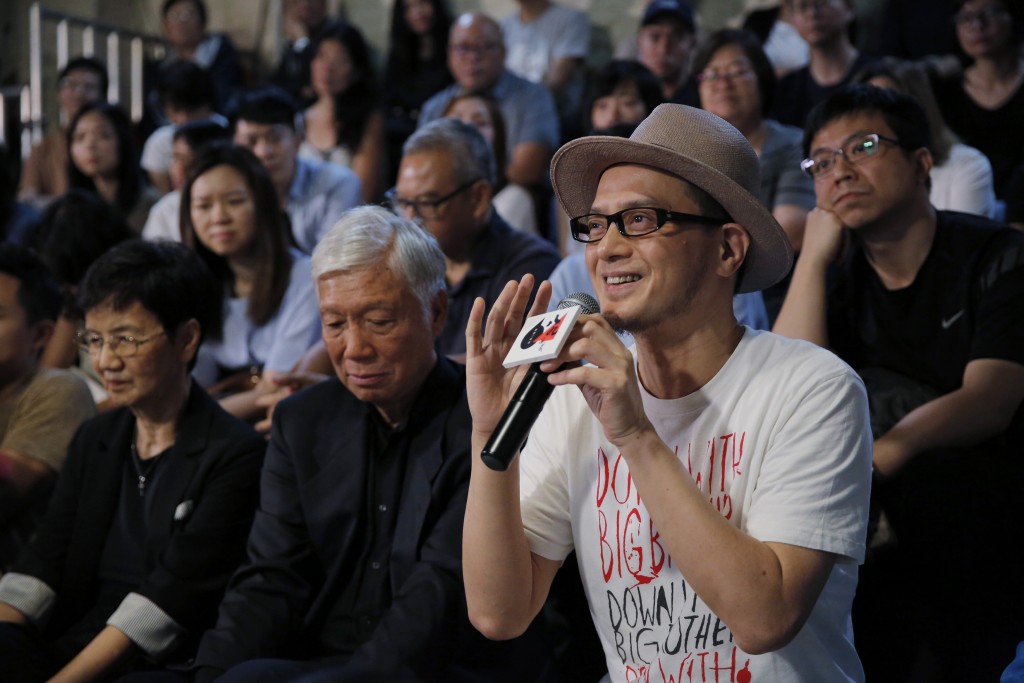 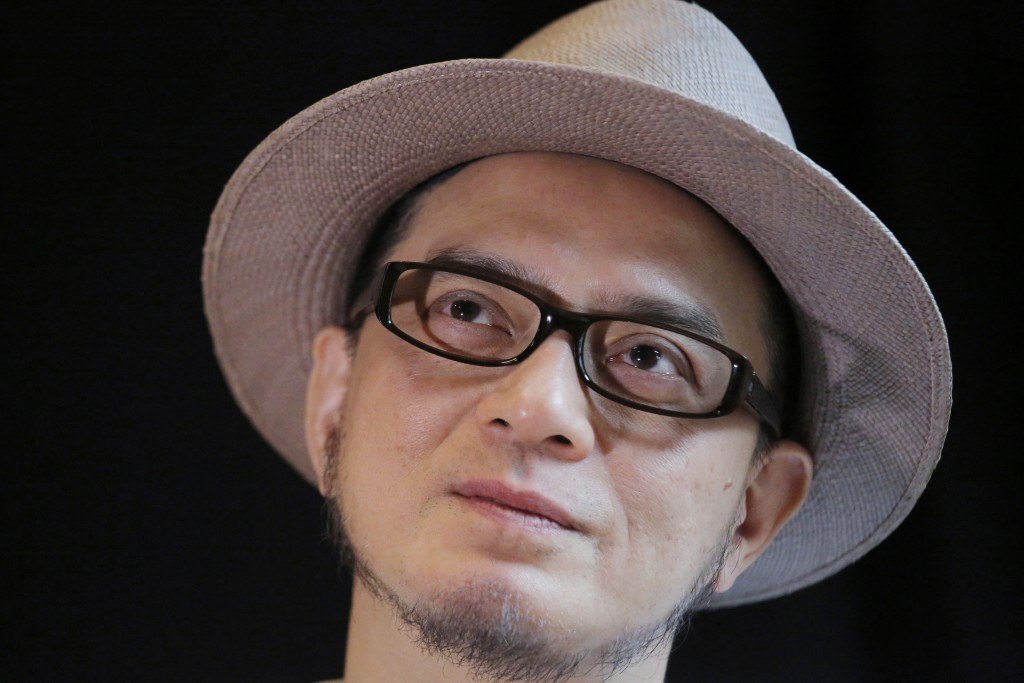 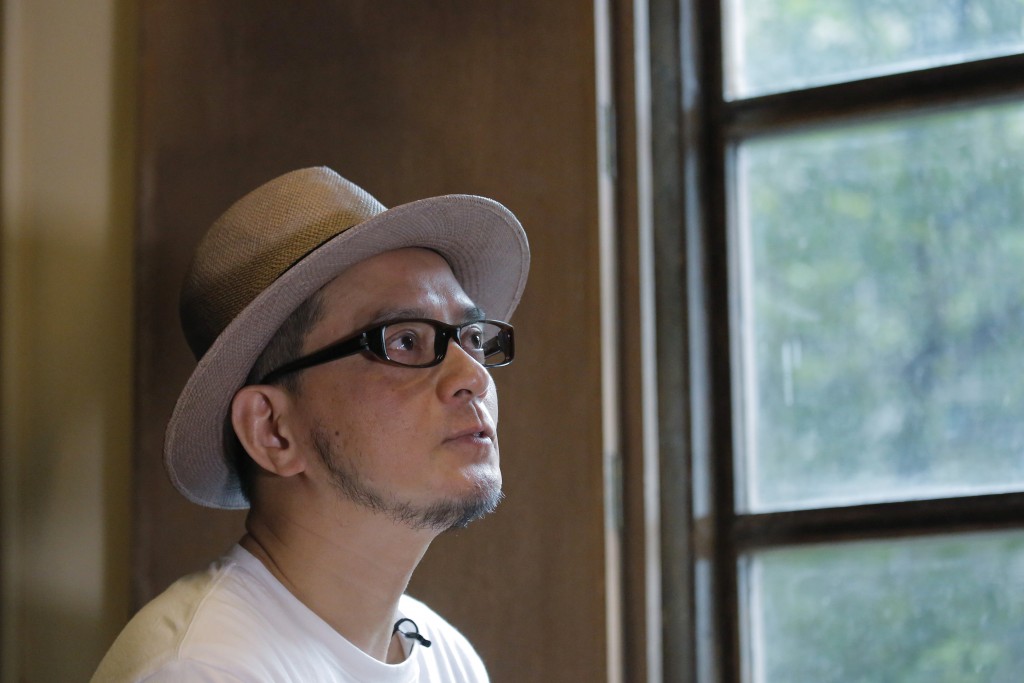 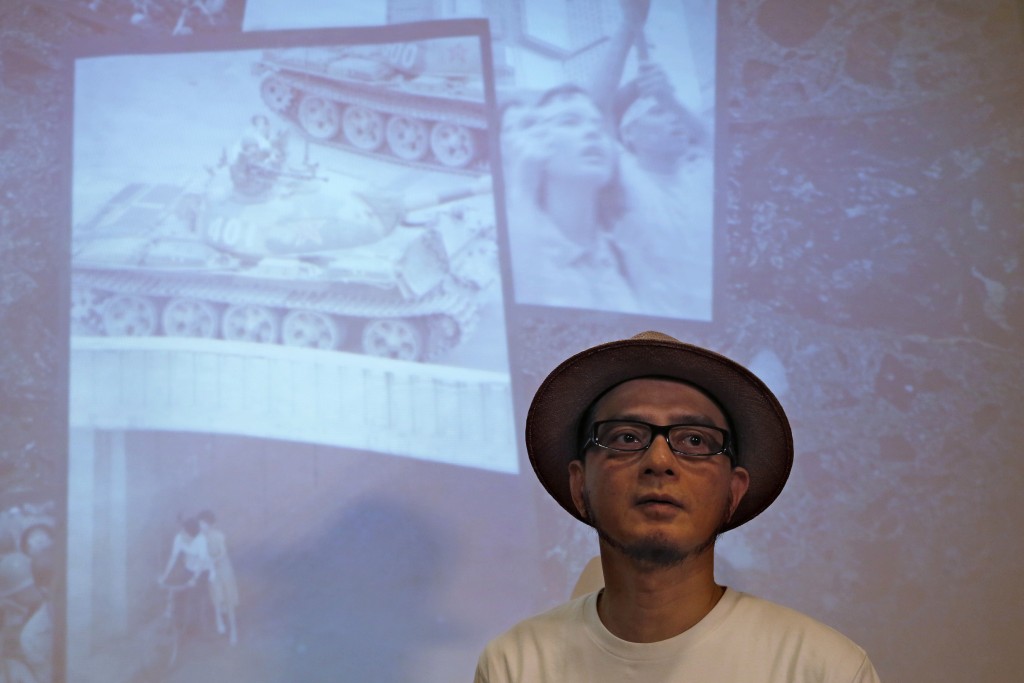 HONG KONG (AP) — Thirty years after it was crushed by China's army, the Tiananmen Square pro-democracy movement is being commemorated in art, literature, public rallies and even synth pop.

Hong Kong singer Anthony Wong's latest release, "Is It a Crime," recorded with longtime musical partner Tats Lau, is finding an audience by doing just that. The two make up the group Tat Ming Pair, long a staple of the local music scene known as Cantopop for the Cantonese language in which the music is recorded.

Released in May, the composition has been banned in mainland China, where all discussion of the protest movement and the military crackdown is strictly taboo.

Wong says the song asks difficult questions as to what might constitute a crime of remembrance and commemoration under China's authoritarian one-party communist regime.

"Holding a candlelight vigil or just remembering what happened in the past could be a crime," Wong told a crowd of 80 or so packed into a dimly lit room this past week for the screening of a documentary about the historic 1989 events held by local broadcaster RTHK.

Then a British colony, Hong Kong was a major base for the student protesters, especially after the bloody crackdown in which hundreds, possibly thousands, were killed. Now a semi-autonomous Chinese territory, it has retained freedoms unknown on the mainland and holds an annual candlelight vigil and rally for the victims and the pro-democracy movement.

Tat Ming Pair has been making Beijing uncomfortable with its mix of danceable synth-based rhythms and pointed social observation since 1986, when the group released its first album.

Wong said people in Hong Kong should continue to hold rallies and memorial events for 1989 because the city is "the only place in the biggest country in the world, population wise, that we can talk about what we want."

However, speaking out against the Communist government has come with a hefty price tag for Wong. He said he has been unable to perform in mainland China ever since his involvement in the 2015 Umbrella street protest movement that sought greater democracy in Hong Kong. Commercial sponsorships and endorsements from "almost everywhere" have dried up, he said.

Other Hong Kong entertainers are not immune to Beijing's effort to eradicate the memories of the bloody 1989 crackdown. Various music streaming services, including Apple Music, have removed a song by Jackie Cheung with a reference to the crackdown.

In past years, Denise Ho, a Cantopop star known for her pro-democracy stance, had her concert suddenly canceled after Global Times, a tabloid owned by the Chinese Communist Party, called out cosmetics giant Lancome for inviting her to appear at a promotional event. Anthony Wong Chau-sang, a Hong Kong actor, has said on several occasions that his film roles went away after he spoke out against the Communist government.

Amid simmering political tensions in Hong Kong in light of the 30th anniversary, Wong's song has been well-received, topping the city's iTunes chart. Wong said he's surprised by the song's popularity because "the climate is not for this kind of music."

"If people like (the song), that means people still remember," he said. "I am glad that people remember it."