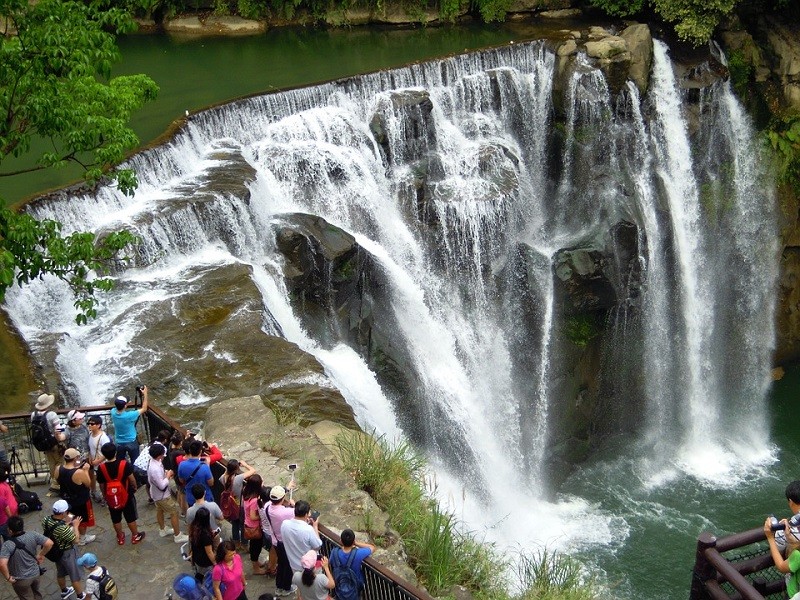 TAIPEI (Taiwan News)--The closing time of Shifen Waterfall Park (十分瀑布公園) in Pingxi District, New Taipei City for the next four months from June 1 to Sep. 30 has been adjusted to 6 p.m., an hour later than during the previous eight months, according to a news release posted by the Tourism and Travel Department (TTD) of New Taipei City Government.

As the waterfall forms a horseshoe, it is nicknamed the Little Niagara of Taiwan and considered Taiwan’s most scenic waterfall. The admission to the park is free.

The TTD said the opening schedule of the Shifen Waterfall Park is divided into the summer and winter periods. During the four-month summer period from June 1 to Sep 30, the park’s opening hours are 9 a.m. to 6 p.m., and the latest time for visitors to enter the park is 5:30 p.m.

However, during the winter period from Oct. 1 to May 31, the opening time remains the same at 9 a.m., and the closing time is moved up an hour to 5 p.m., the department said.

The TTD said Shifen Waterfall attracts many tourists from Hong Kong, Macao, Japan, and Korea, and their sightseeing routes usually include Shifen Old Street. The department recommends tourists to also visit other charming small towns along the TRA Pingxi Branch Line, such as Jingtong, Pingxi, Lingjiao, and Houtong.