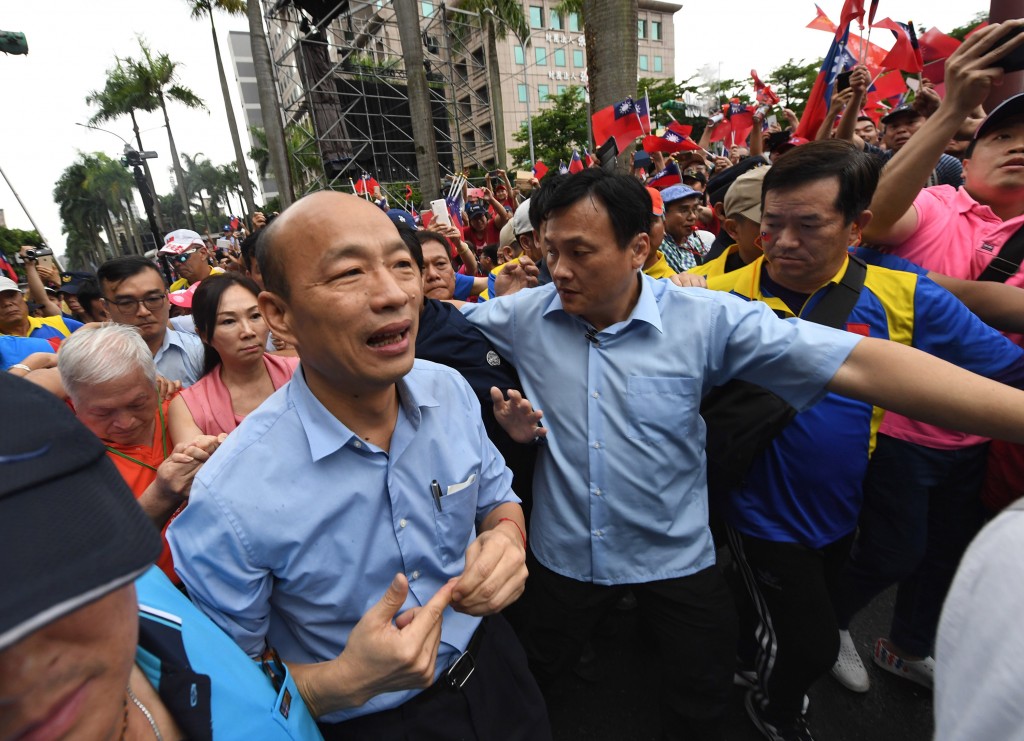 TAIPEI (Taiwan News) – Kaohsiung’s Kuomintang (KMT) Mayor Han Kuo-yu (韓國瑜) told thousands of supporters massing in front of the Presidential Office Building Saturday (June 1) that he was willing to shoulder responsibility, widely interpreted as confirming a run for the presidency.

Unless the opposition party decides to recruit him straightaway, Han is expected to face several other KMT contenders in the primaries, including most prominently Foxconn Group founder Terry Gou (郭台銘) and former New Taipei City Mayor Eric Liluan Chu (朱立倫).

On a podium flanked by references to an “ordinary people’s president” and “Taiwan stands together,” Han described the January 2020 presidential election as a “fight for the survival of the Republic of China,” and added that he was “prepared to bear any important office.”

Han peppered his speech with attacks on the policies of incumbent President Tsai Ing-wen (蔡英文), including foreign relations and pension reform.

Organizers of the rally presented estimates ranging from 300,000 to 400,000 supporters at the rally, which started in the pouring rain. As asked by organizers, many Han fans wore red and waving flags.