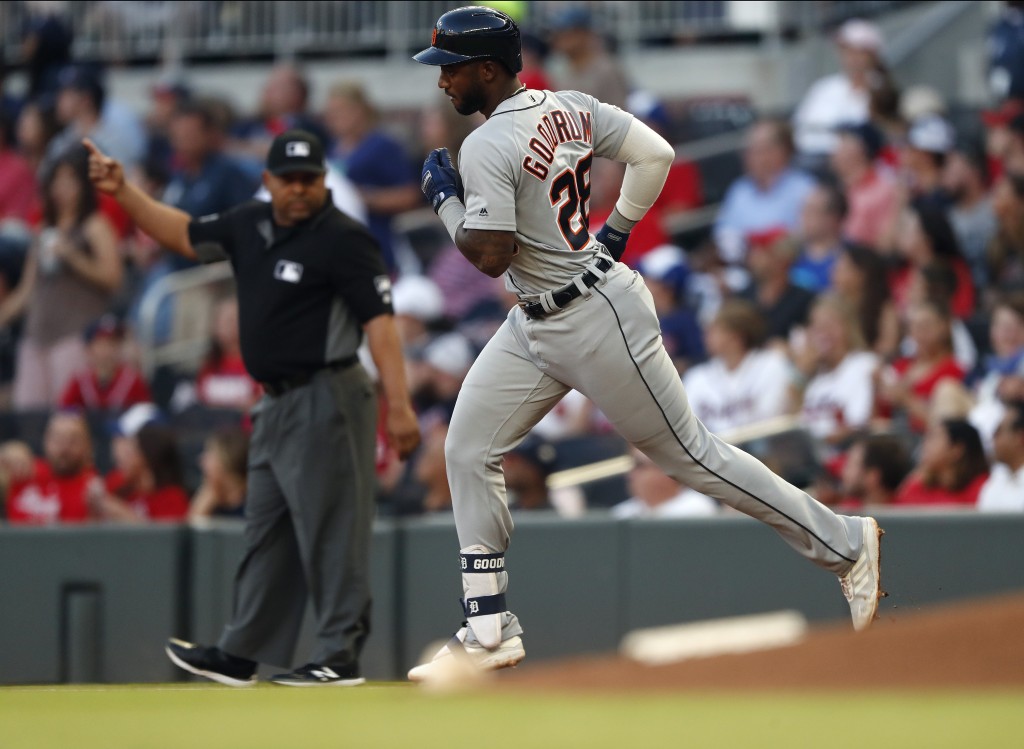 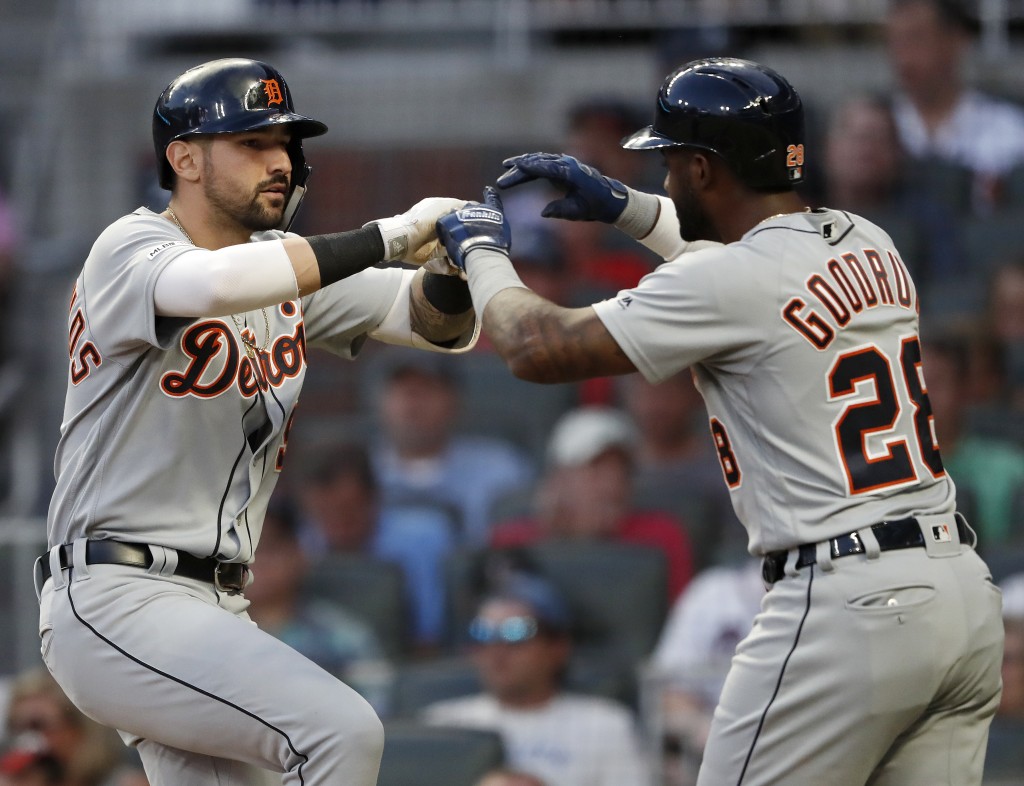 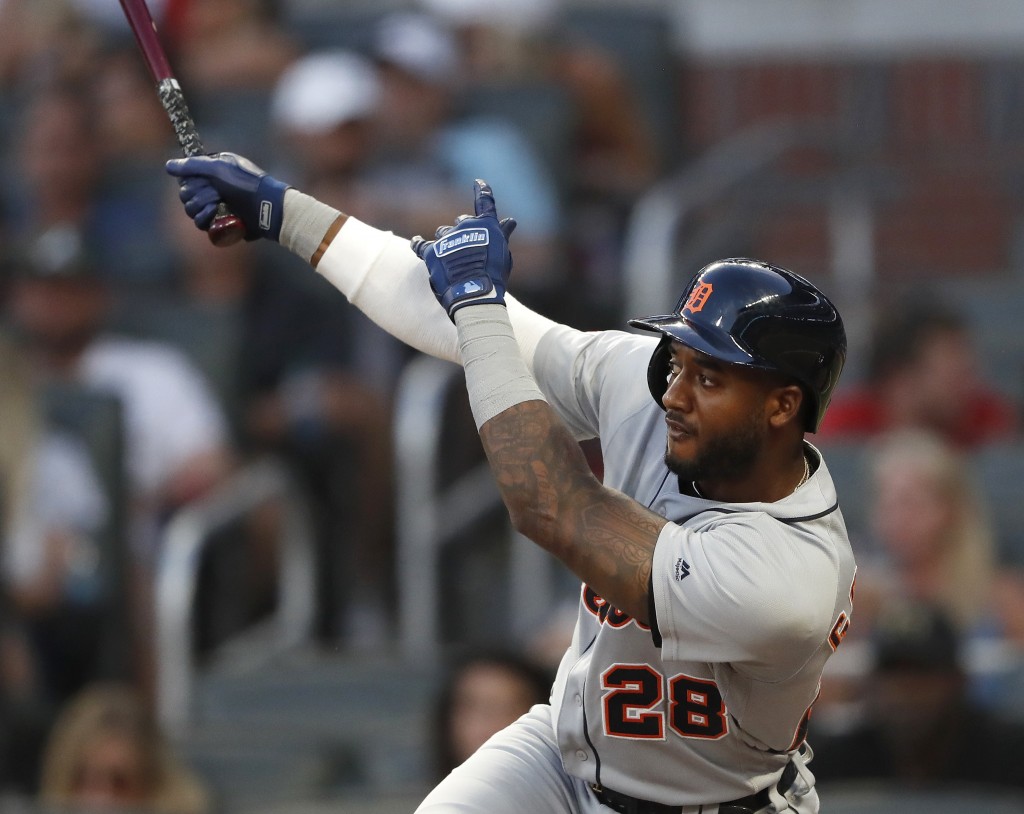 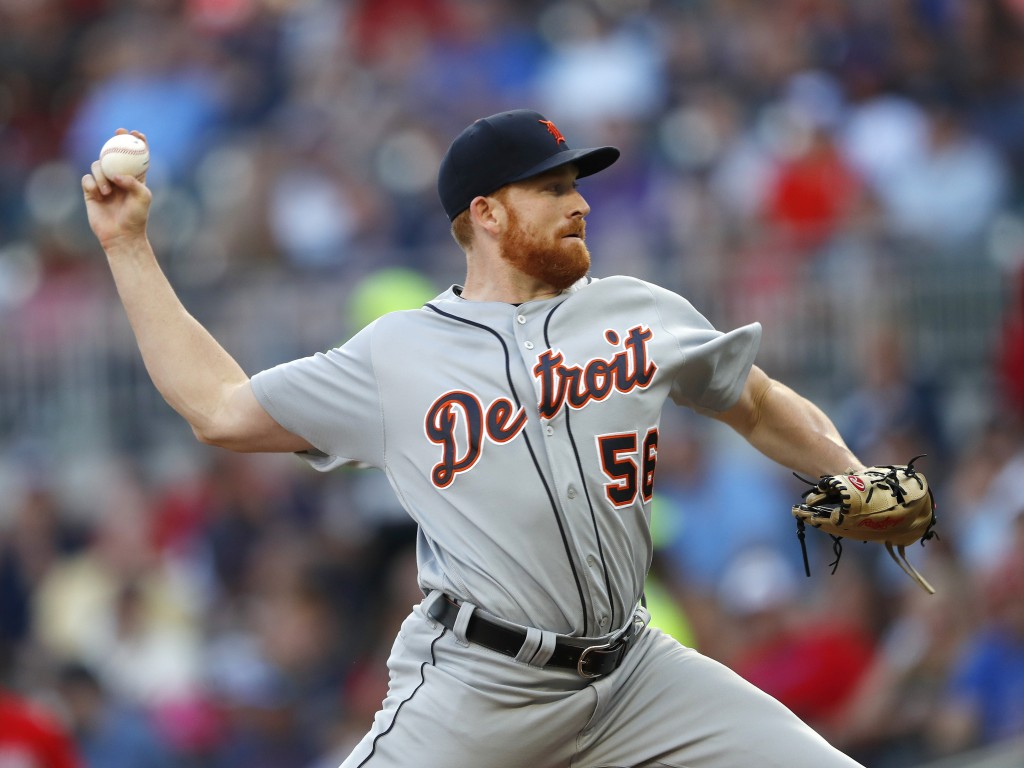 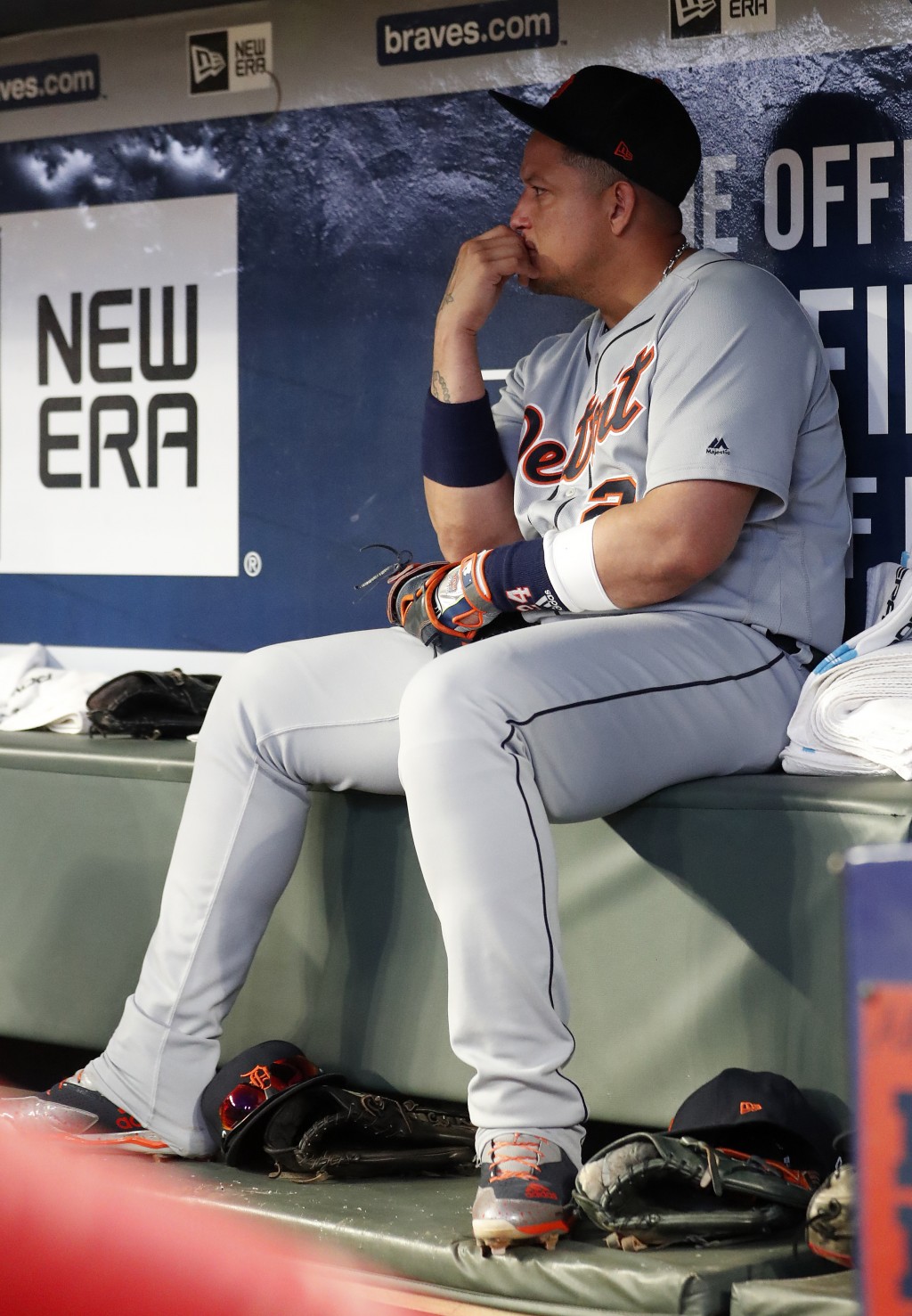 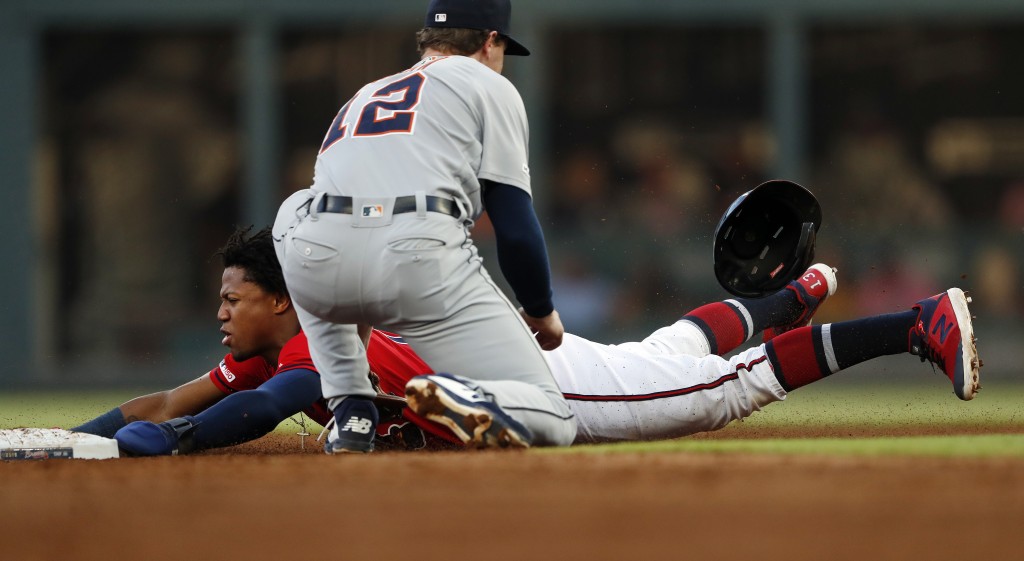 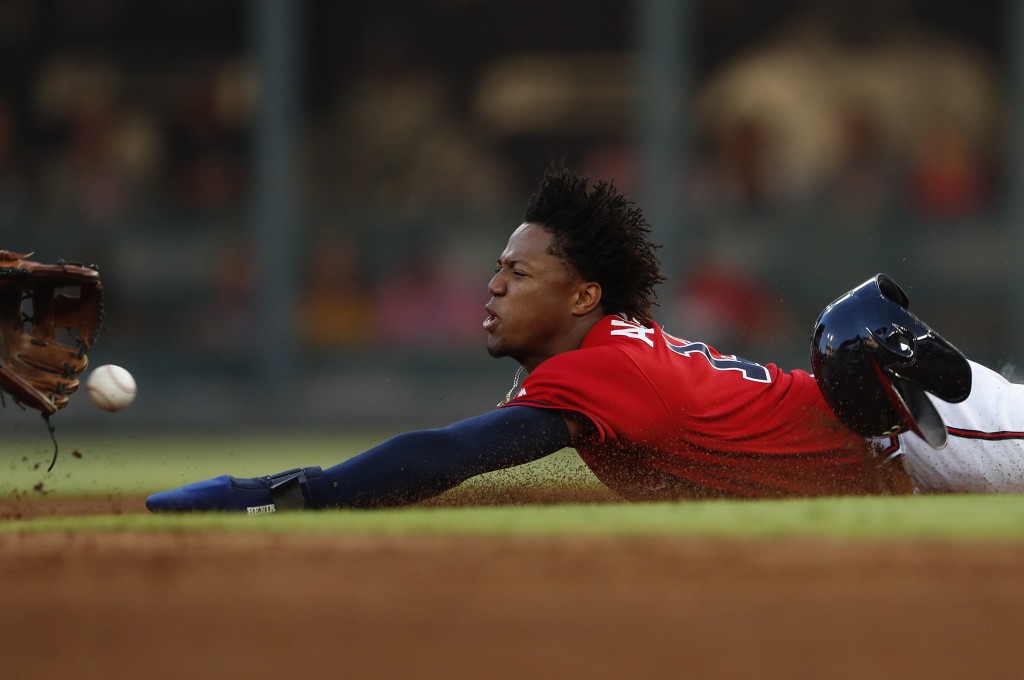 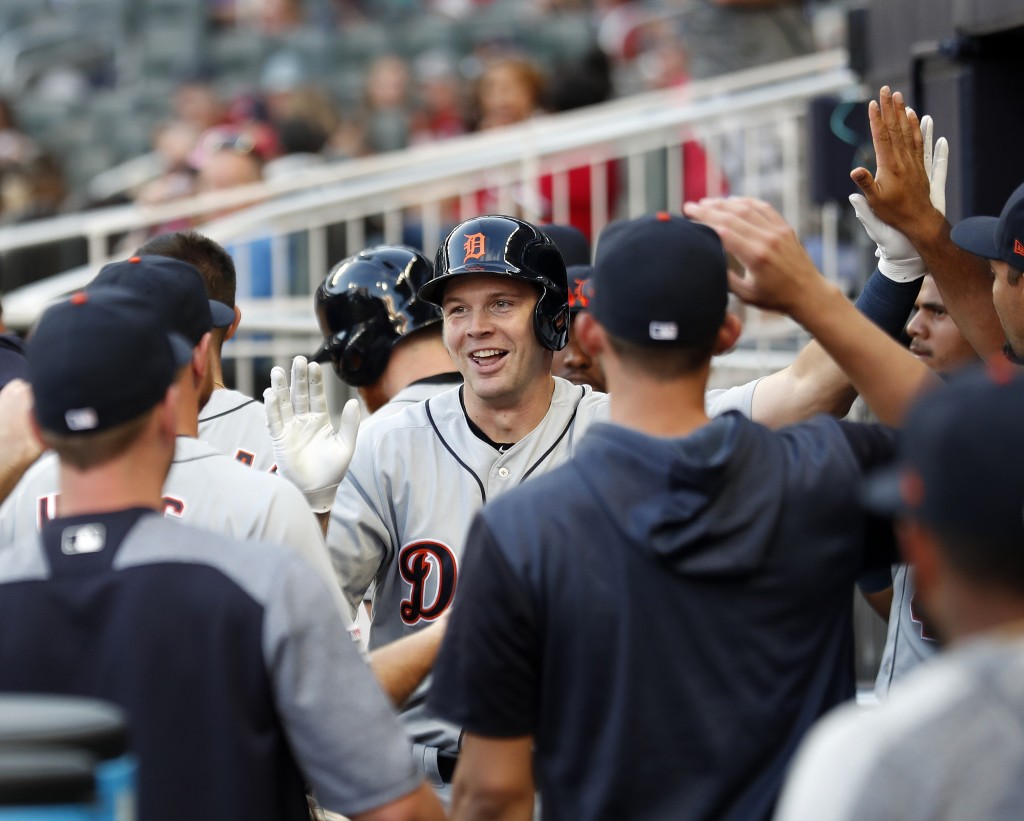 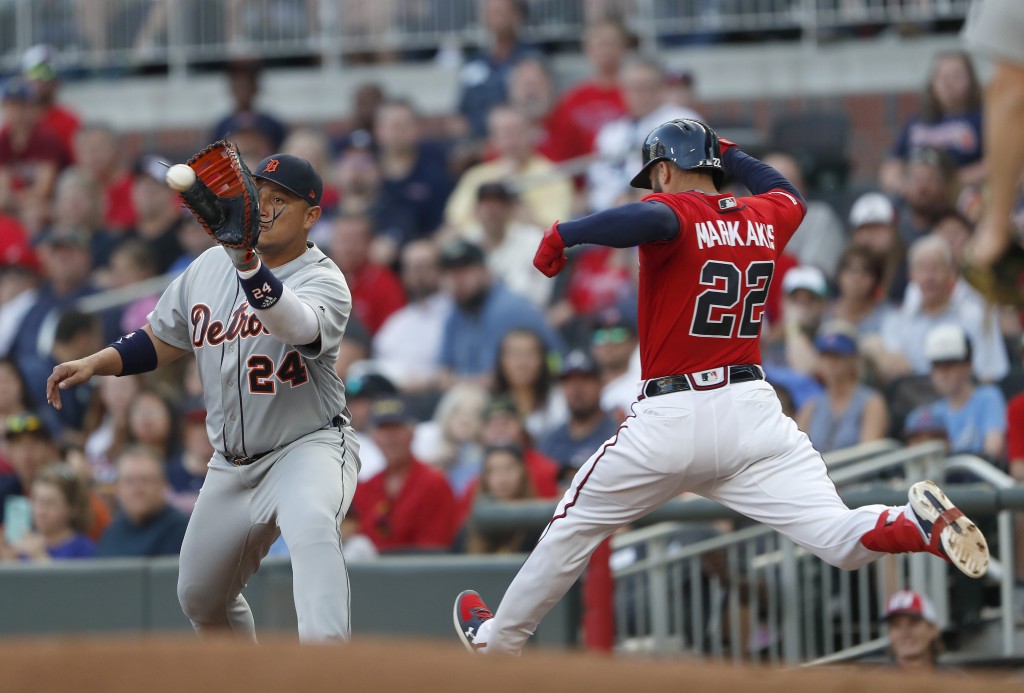 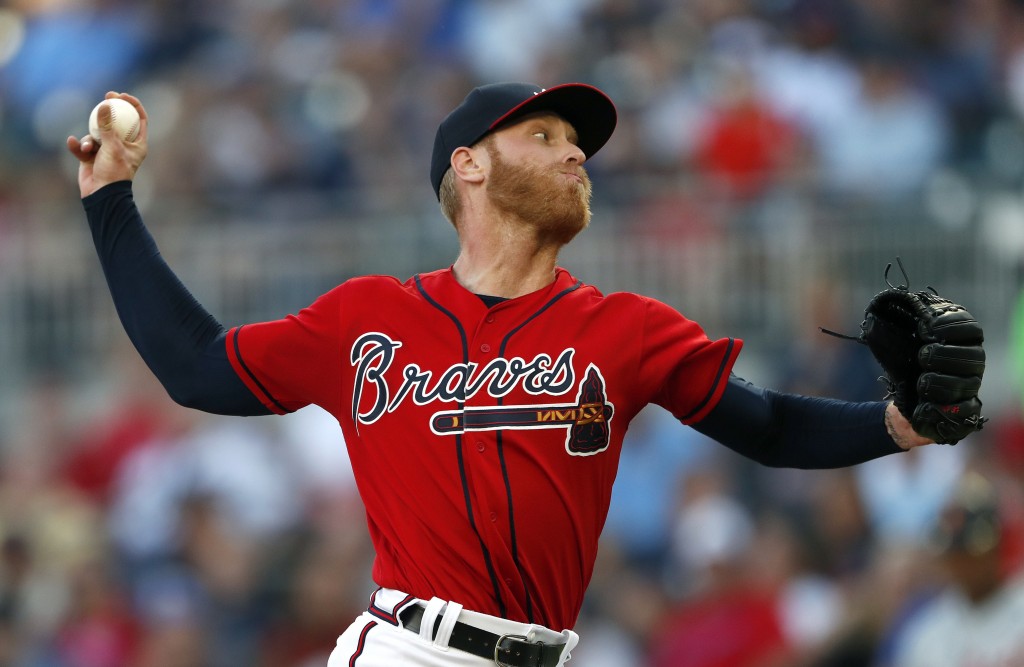 ATLANTA (AP) — Niko Goodrum homered twice and had a career-high five hits, Nicholas Castellanos and Grayson Greiner also went deep, and the Detroit Tigers romped to an 8-2 victory over the Atlanta Braves on Friday night.

Spencer Turnbull pitched into the seventh inning, allowing just five hits and one earned run in dealing the Braves their third straight loss at SunTrust Park.

Goodrum, who came into the night hitting just .208, launched a 419-foot drive that nearly went into the Chop House restaurant above the right-field seats in the third inning. He hit another almost as far in the eighth for his second career multihomer game.

Goodrum finished 5 for 5 to raise his average to .230. He scored four times and also collected a run-scoring single in a three-run fifth that blew the game open.

Greiner homered in the second, and Castellanos added a two-run shot that capped a fifth that was sparked by JaCoby Jones' leadoff triple. He got his left foot to the bag just ahead of Josh Donaldson's tag on the knee — a call that was challenged by the Braves but upheld after a video review.

Buck Farmer came on in the seventh when the Braves loaded the bases against Turnbull (3-4) with no outs. Atlanta got a run on Brian McCann's sacrifice fly and reloaded the bases when Ozzie Albies reached on an infield single that deflected off Farmer's glove. But the Tigers reliever escaped the jam when pinch hitter Charlie Culberson grounded into an inning-ending double play.

After two straight strong starts, Atlanta's Mike Foltynewicz (1-4) had another rough night. His slider was dominating at times — he struck out eight — but too many mistakes up in the zone doomed the right-hander.

Atlanta has been outscored 22-6 in its last two defeats.

Tigers: 1B Miguel Cabrera left in the sixth inning with right knee soreness. He was listed as day to day.

Braves: OF Ender Inciarte isn't close to returning to the active roster. "He hasn't started his baseball stuff yet," manager Brian Snitker said. "He needs to come in a few days in a row feeling pretty good, amp up his running and things like that before we see him swinging a bat." Inciarte has been on the injured list since May 15 with a lumbar strain. ... Snitker also doused any hope that RHP Darren O'Day (forearm strain) might be getting close to bolstering the beleaguered Atlanta bullpen. "He hasn't even thrown off the mound yet," the manager said. "He's a ways away."

Atlanta right-hander Mike Soroka (5-1) will look to continue his brilliant start to the season when he faces Detroit lefty Daniel Norris (2-3, 4.18 ERA) on Saturday afternoon. Soroka has yet to allow more than one earned run in any of his eight starts and comes in with a minuscule 1.07 ERA. He is just a few innings shy of qualifying for the lowest ERA in the majors.