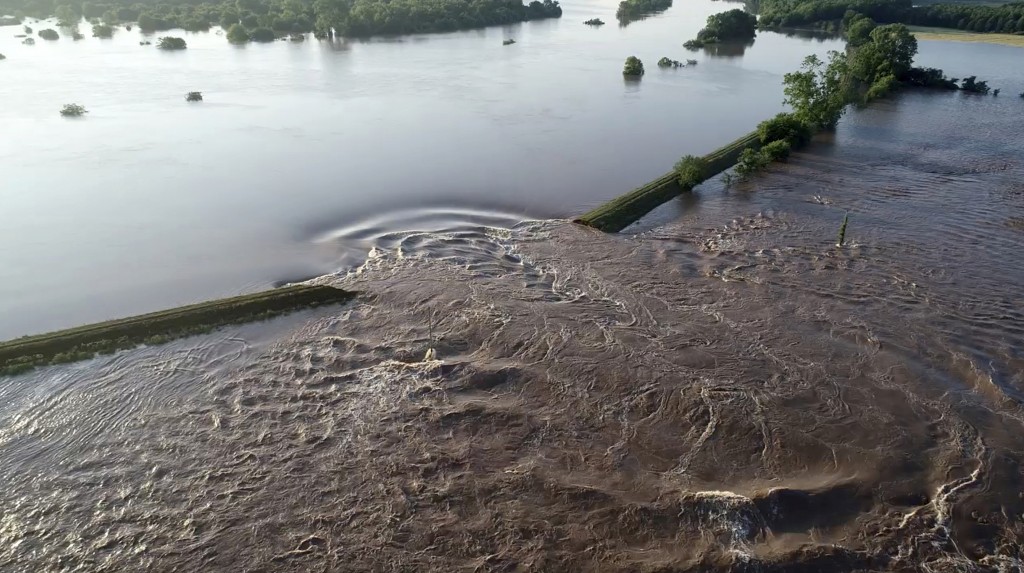 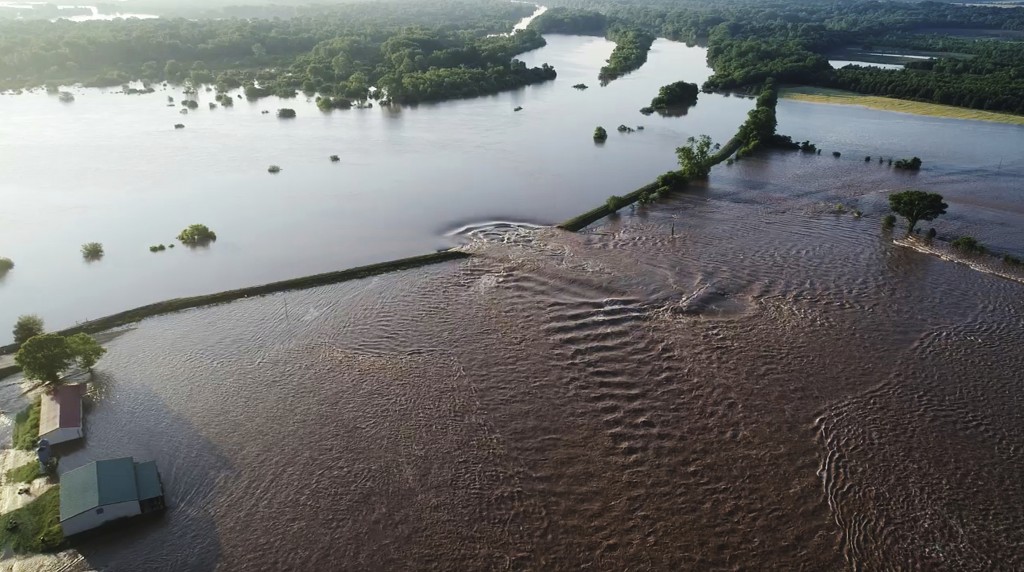 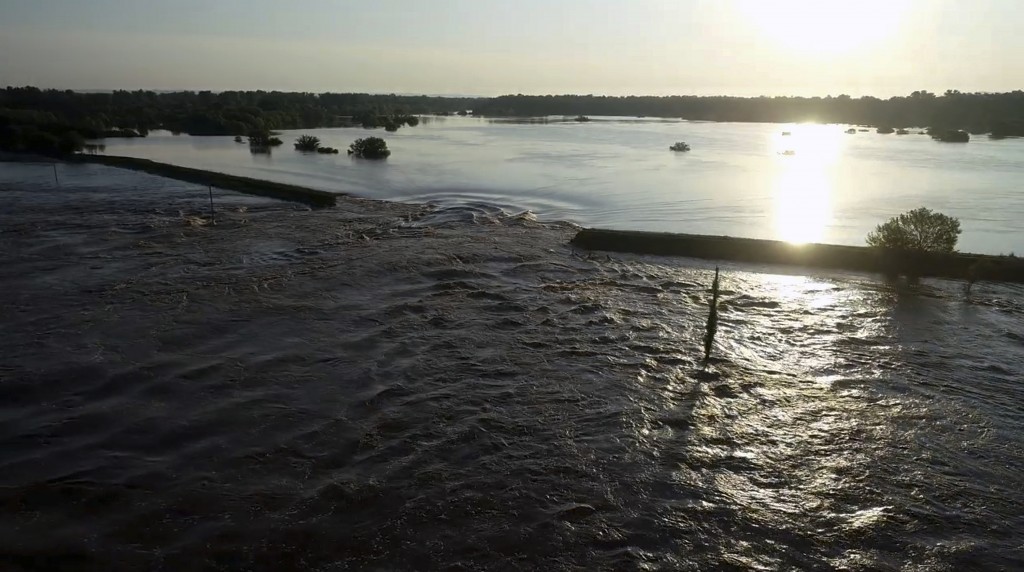 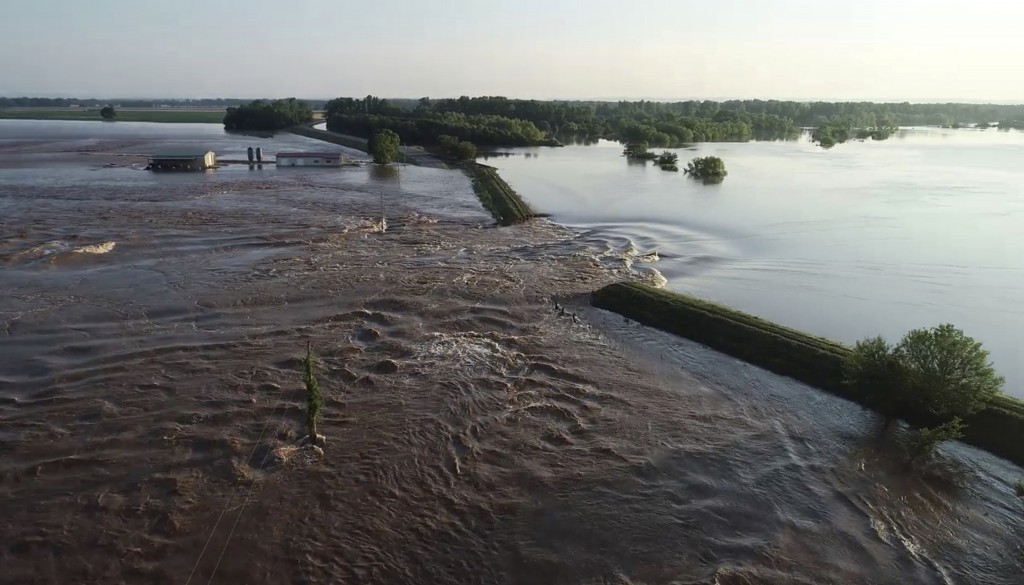 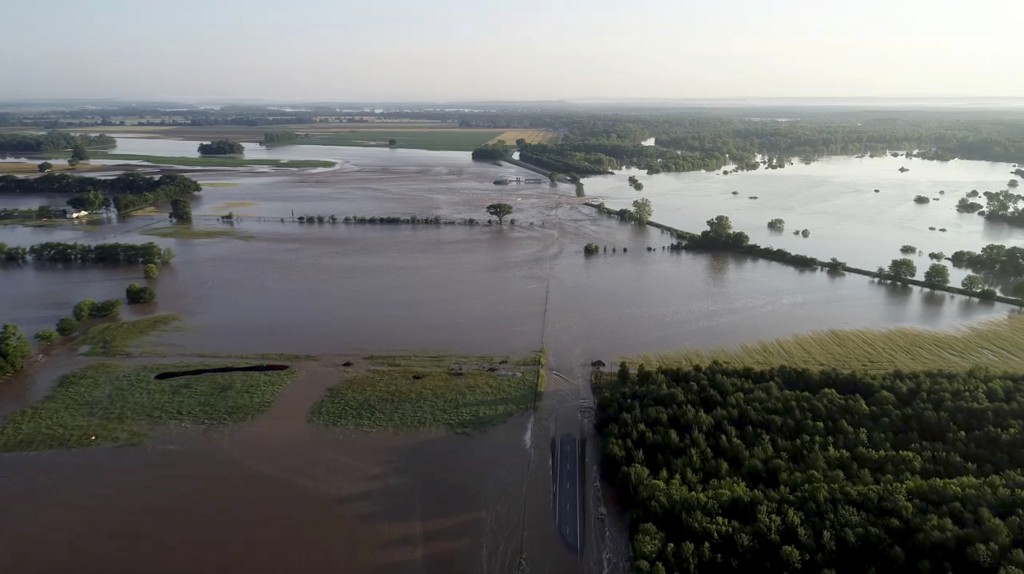 The fast-flowing Arkansas River smashed a 40-foot (12-meter) hole in a levee in rural western Arkansas, causing water to spill into a nearby community. In northeast Missouri, a levee was overtopped on the Mississippi River, and another levee was topped on the Missouri River in the central part of the state.

The flooding has been building for days because of heavy rainfall upstream. In Arkansas, officials were warning of more potential problems on an already strained levee system.

"These levees were not built to sustain this high a flow for this long, and we are seeing problems and there more than likely will be more," said Laurie Driver, spokeswoman for the U.S. Army Corps of Engineers Little Rock District.

In Arkansas, the levee breached at Dardanelle, about 60 miles (95 kilometers) northwest of Little Rock. Yell County officials had anticipated the breach and urged residents in the nearby Holla Bend area to evacuate Thursday.

The Arkansas Department of Emergency Management said crews went door to door to recommend evacuation for about 160 homes.

"There was nothing we could do to stop it," Gilkey said.

National Weather Service data showed a dip in the water level at Dardanelle, likely due to the breach. A flash flood warning was issued early Friday for the area, and forecasters said residents should be prepared for rapidly rising water. Local officials said they were uncertain where the water would end up.

"Water is going to do what it wants to do," Yell County Judge Mark Thone told reporters at a news conference. "We're just trying to head this off."

The levee breached because of ongoing flooding along the Arkansas River, which began in Oklahoma. Late Thursday night, President Donald Trump approved the Arkansas request for a disaster declaration in 16 counties affected by the flooding. Gov. Asa Hutchinson said the declaration will help the state minimize the loss, but added that "this is far from over."

Hutchinson said emergency officials were working on getting ahead of the flooding as it continues southeast, trying to identify and strengthen any other pressure points or weak spots in the levee system.

"Obviously the breach in Dardanelle is a sign that there could be more of these breaches that will happen as pressure continues to mount in the coming days," Hutchinson said.

Entergy Arkansas said Friday that it does not anticipate any impact to its nuclear plant near the Arkansas River in Russellville.

In Fort Smith, the state's second-largest city, the river levels held steady at above-record levels Friday. Officials there said they wouldn't know the extent of the damage until the water receded, which could take days, if not longer.

In northeastern Oklahoma, residents forced from their homes by flooding made plans to return as the river recedes. The National Weather Service said Friday the Arkansas River's level at Tulsa has dropped almost 4 feet from Wednesday's crest and will continue to recede through the weekend. Forecasters say river levels were also dropping in Muskogee, Oklahoma, about 45 miles (72 kilometers) southeast of Tulsa.

Earlier this year, about two dozen levee systems were breached or overtopped during Missouri River flooding that devastated parts of Nebraska, Iowa and Missouri.