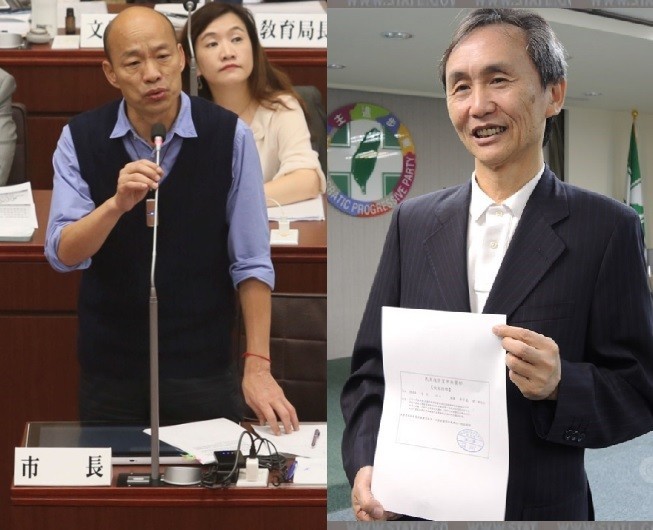 TAIPEI (Taiwan News) -- The Kuomintang mayor of Kaohsiung, Han Kuo-yu (韓國瑜), who looks like the strongest performer on the “blue” side of Taiwan politics, sued Wu Tzu-chia (吳子嘉), chairman of the pro-independence publication Formosa, for slander on Friday, May 31.

Han went to the Taipei District Prosecutors' Office at around 4:00 p.m. Friday. When asked by the media, he only said he would leave the case up to the prosecutors to investigate.

According to Wu, the Kaohsiung mayor had an affair several years ago with a woman surnamed Wang, who gave birth to a child, believed to be about 10 years old now. Wu alleged the prosecutors found video evidence when dealing with a market manipulation case of agricultural products related to Han, who was head of Taipei Agricultural Products Company at that time.

According to the Liberty Times, the videos showed Han spending nights at Wang's home.

Besides, Wu said that Han gave the woman a fee of roughly NT$10 million as living expenses.

However, the Taipei District Prosecutors' Office and the Ministry of Justice Investigation Bureau both denied that they held the so-called video evidence claimed by Wu.

The allegations came on the eve of a mass rally by Han's supporters in front of the Presidential Office Building, during which some expect he will provide details about his presidential ambitions.