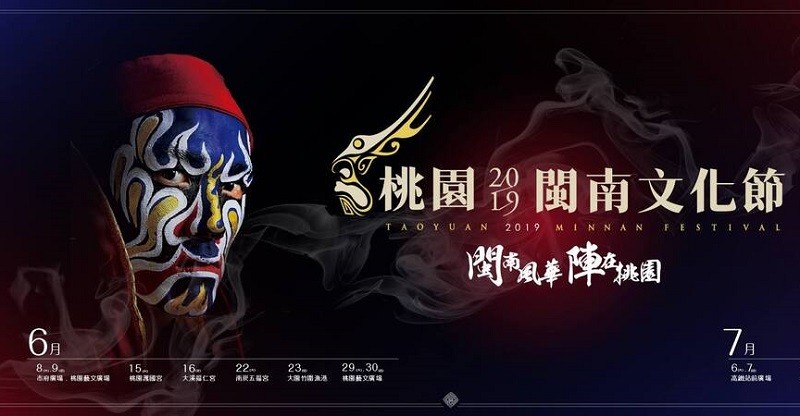 TAIPEI (Taiwan News) – Minnan, or “Southern Fujian,” atmosphere will fill the air in Taiwan’s Taoyuan City in June and early July when the 2109 Taoyuan Minnan Festival unleashes in different locations of the city.

As the ancestors of most Taiwanese people hailed from Southern Fujian, Minnan culture is often regarded as a synonym of Taiwanese culture.

A great variety of activities organized by Taoyuan City Government will take place every weekend during the Taoyuan Minnan Festival period from June 8 to July 8.

To start off the festival with a bang, Folklore Floats Parade is scheduled to take place from 3 p.m. to 6:30 p.m. on June 8. The parade will begin at Taoyuan City Government Square, turning onto Zhongshan Road, continuing down Zhongzheng Road, and ending at Taoyuan Arts Plaza.

A total of 50 floats will participate in the June 8 parade, the city government said.

Folklore floats are usually seen in parades during temple festivals across Taiwan. Real people acting as folklore or fairy tale characters usually ride on the floats during parades.

On June 15, Master Chef Competition will take place from 5 p.m. to 9 p.m. in the square in front of Taoyuan Hu Guo Temple.

Minnan Folk & Creative Dance Competition will be held at Wufu Temple in Nankan from 6 p.m. to 9:30 p.m on June 22, and Minnan Nostalgic Music Concert will take place at Zhuwei Fishing Harbor from 5 p.m. to 7:30 p.m.

On the weekend of June 29 and 30, Modern Minnan Musical will be performed at Taoyuan Arts Plaza from 7 p.m. to 10 p.m.

“The Battle of Din Tao” battle array performances will wrap up the festival on July 6 and 7, taking place in the square in front of Taiwan High Speed Rail Taoyuan Station from 7:30 p.m. to 9 p.m.

For more information about the festival, please refer to its Facebook page, official website , or the activity leftlet (the front side and the back side).