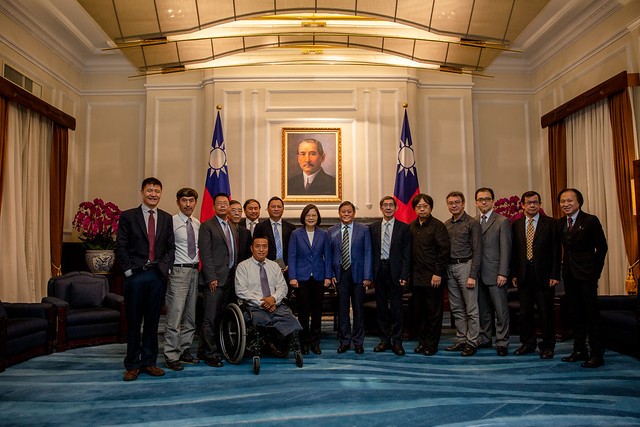 TAIPEI (Taiwan News) — President Tsai Ing-wen’s (蔡英文) recent meeting with Chinese activists, who were part of the Tiananmen Square protests of 1989, on the eve of the massacre’s 30th anniversary have stung Communist China.

Tsai met with Wang Dan (王丹), Wang Juntao (王軍濤), Zhou Fengsuo (周鋒鎖), Fang Zheng (方政), and Wu Renhua (吳仁華) at the Presidential Office on May 23. She is the first Taiwan president to do so in three decades.

“Only Chinese mainlanders have the right to comment on political, economic, and societal developments” in China, said An Fengshan (安峰山), spokesperson for China’s Taiwan Affairs Office (TAO), on May 29. He was asked by a reporter to comment on Tsai’s meeting with the activists of the “June Fourth Incident” during a press briefing, reported Central News Agency.

An blamed the government of Taiwan’s ruling Democratic Progressive Party (DPP) for constantly “escalating confrontation between both sides of the Taiwan Strait” and “sabotaging cross-strait relations.”

Curiously, in a transcription of the press briefing later published on TAO’s website, any reference to the “June Fourth Incident” was omitted, leaving only “the so-called activists” in the text.

The five former student leaders and participants of the Tiananmen Square protests visited Tsai last week with the New School for Democracy, a non-profit organization dedicated to promoting democracy in the Chinese-speaking world. The organization is arranging a series of commemorative events in Taipei this month leading up to June 4, including the inflatable “Tank Man” installation set up in the square of the Chiang Kai-shek Memorial Hall. While meeting with the Chinese activists, Tsai stressed the importance of remembering the Tiananmen massacre. Taiwanese people should be reminded by history that “democracy and liberty do not come without a cost. [We] should cherish them,” she said.

After the sudden death of China’s reformist leader Hu Yaobang (胡耀邦) in mid-April 1989, students in Beijing took to the streets and occupied Tiananmen Square to call for democracy, freedom of the speech, and decry corruption.

The protests expanded nationwide with workers joining in. But they came to an abrupt end on June 4, after troops with assault rifles and armored tanks were ordered to fire at protesters, killing hundreds, possibly thousands, of unarmed civilians.

The Tiananmen Square massacre has since become one of the most sensitive political issues for Beijing. To this day it continues to deny any wrongdoing or apologize for the military crackdown three decades ago. 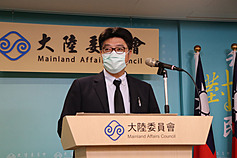