TAIPEI (Taiwan News) – In the 2019 edition of its annual White Paper titled “A Time for Action,” the American Chamber of Commerce (AmCham) in Taipei called Wednesday (May 29) on the Taiwan government to focus and to work hard to reach a bilateral trade agreement with the United States.

The organization, which includes representatives of U.S. corporations doing business on the island, also warns the government not to lose sight of economic issues as the campaign for the 2020 presidential and legislative elections moves into high gear.

Turning to the U.S.-China trade war, AmCham sees a profit squeeze for some Taiwanese manufacturers and dangers due to the absence of trade agreements, but it also finds positive developments, such as Taiwanese companies moving back home, “good news in terms of job creation, tax revenue, and overall industrial development.”

Relations between Taipei and Washington are at their best level in decades, AmCham writes, partly due to tense U.S. ties with Beijing. The group also noted Taiwan’s efforts, with eight regulatory obstacles mentioned in the previous White Paper resolved by this year.

AmCham still encouraged the government to “make an all-out effort to demonstrate to the U.S. that Taiwan would be a highly appropriate candidate for a bilateral trade agreement.”

A first bold step would be to remove “existing irritants,” thought to be a reference to the Taiwanese ban on the import of U.S. pork containing residues of the leanness drug ractopamine. The issue is sensitive due to past food safety scandals in Taiwan and because of the presence of a strong hog-farming sector.

“If Taiwan is ready for bold action, AmCham Taipei is prepared to be a vocal advocate in support,” the introduction to the White Paper concluded. 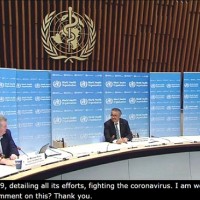