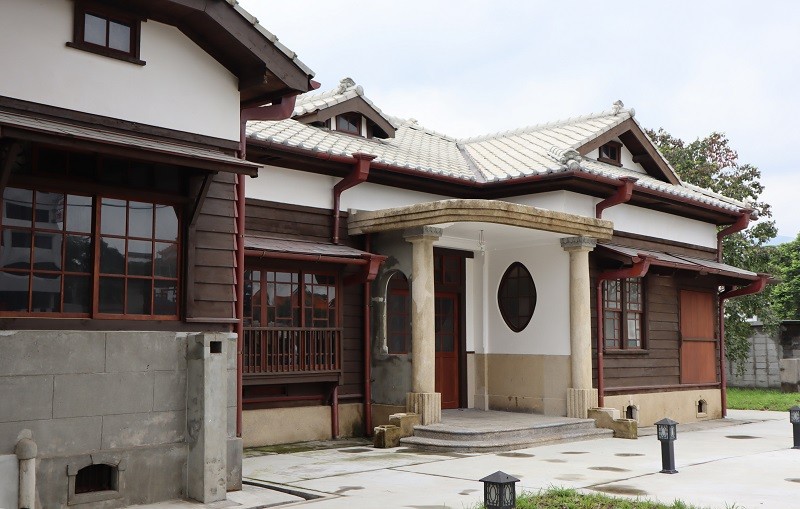 The residence is in the TRA senior officials’ dormitory district in the alleyways between the north side of Hualien City’s Zhongshan Road and Beibin Street. When the eastern railway line was being built around 1911, during Japanese rule, a regional complex was built to include railway control rooms, administrative offices for the railways and nearby Hualien Harbor, as well as railway employees’ dormitories.

The residence of the TRA Hualien Regional Office chief was built in 1936, and both the materials used and architectural methods adopted were top-notch at the time, CNA reported.

Hualien County Cultural Affairs Bureau official Yang Shu-mei (楊淑梅) said Li Chung-yao (李重耀), a well-known architect and preservation advocate, had inspected the residence at the invitation of the bureau. After the inspection, Li opined that the architecture and value of the residence is similar to Jinguashi Crown Prince Chalet (金瓜石太子賓館), at the Gold Museum in Jinguashi, Ruifang District, New Taipei City.

Yang said former TRA Hualien Regional Office Chief Sun Yong-qi (孫永祺) lived at the residence when Li was conducting the inspection. Yang said Li was impressed by how well everything in the building, including the sliding doors and paper in the windows, had been preserved.

The residence has an area of 1,500 pings (a ping = 3.3057 square meters), with the wooden building occupying about 68 pings, according to the report. The porch consists of two western columns, while the rear of the house has zigzagging corridors.

There is a spacious garden in front of the house, with a large air-raid shelter and landscaped pond.

After Sun died in 2004, the residence fell into disuse and became overgrown. Not long after that, the cultural affairs bureau registered the house as a county historic building.

To preserve the historic asset, TRA spent NT$22 million to refurbish the residence, from August 1, 2017. The project was completed on August 31, 2018, with some rail steel materials used in the project.

On May 25, a 91-year-old member of the Japanese family who first lived in the house returned to visit. She had lived there with her family for three years after the house was built in 1936. A 91-year-old woman who was a member of the first family to live in the house shows a picture of her with the house when she was eight. (CNA photo)