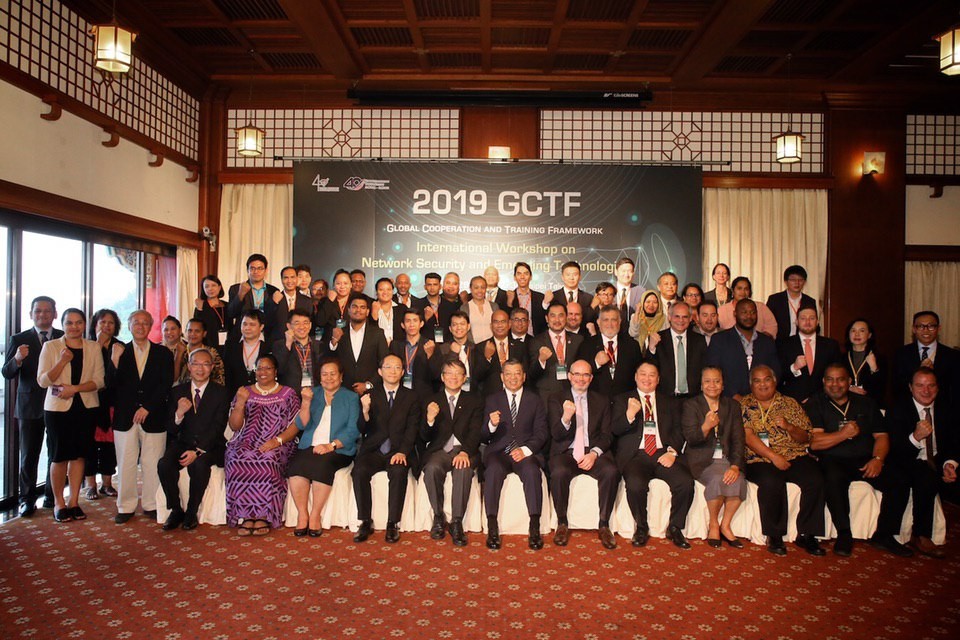 TAIPEI (Taiwan News) — An international workshop co-hosted by Taiwan, the United States, and Japan opened on Tuesday (May 28) in Taipei, bringing together 33 experts and policymakers from 20 Indo-Pacific partners to discuss cybersecurity and emerging technologies.

“We cannot have a dynamic digital economy without cybersecurity,” remarked Raymond Greene, deputy director at the American Institute in Taiwan (AIT), at the opening ceremony of the three-day workshop. “We must all work together to ensure that the emerging digital economy is one that is safe and consistent,” he added.

The workshop, as part of the Global Cooperation and Training Framework (GCTF), includes some of the most outstanding experts from the U.S. administration on network security and emerging technologies, said Greene. He emphasized that the size of the U.S. delegation at the GCTF event was unprecedented, including “higher-level” officials from the Department of Homeland Security, the Department of State, the Federal Communications Commission, law enforcement and other agencies.

This is the third information technology-related workshop organized under the GCTF initiative, with Japan joining as a partner to co-host the event, said Deputy Foreign Minister Kelly Hsieh (謝武樵). He hopes that the workshop will pave the way for shared endeavors and collective actions in fostering a safe digital economy in the future.

Since its initiation in 2015, Taiwan and the United States has organized 19 workshops for the last four years with the aim of promoting cooperation across the Indo-Pacific region in various areas, such as public health, energy efficiency, and women’s economic empowerment, among other topics.

In addition to nations in the region, representatives from Mexico and Chile have also joined the workshop for the first time, noted the AIT deputy director.

“The GCTF has not only institutionalized the long-standing bilateral cooperation between Taiwan and the United States, but also served as a multilateral platform for Taiwan to collaborate with like-minded countries,” declared Hsieh.

Regarding malicious cyber attacks and personal data hacking as urgent problems for the digital economy, Nishiumi said he hopes the GCTF workshop will further the debate on how to safely realize a free, open, and prosperous society with emerging technologies, and that the event will contribute to future cooperation between countries.