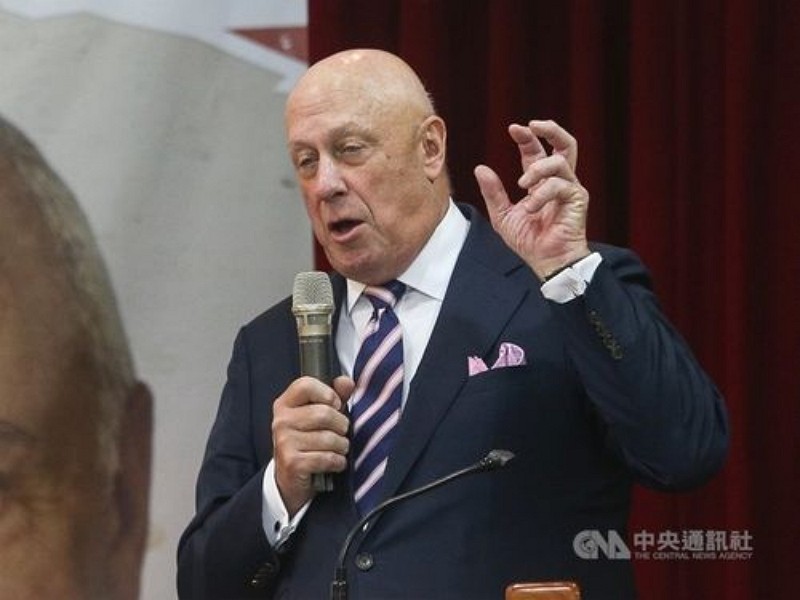 A former director of the American Institute in Taiwan's (AIT's) Taipei office does not see much significance in the change in name of the Taiwan agency handling ties with the United States, in contrast to the praise given the move by Taiwan's government.

The Taipei-based Coordination Council for North American Affairs (CCNAA), which runs Taiwan's de facto embassy in the United States, will now be called the Taiwan Council for U.S. Affairs (TCUSA), following discussions between the two countries.

In a Facebook post Saturday, President Tsai Ing-wen (蔡英文) hailed the move as a reflection of the solid mutual trust between the two countries.

But Douglas Paal, now the distinguished fellow at the Carnegie Endowment for International Peace, said Sunday in an email to CNA that there was "not much significance in this particular development."

"I have long wondered why it was not done in 1994, when TECRO (Taipei Economic and Cultural Representative Office) got its new name. It is not unwelcome, however, even if it is only happening now," he said.

Taiwan's de facto embassy in Washington, D.C. was originally called the "CCNAA in the United States of America," but the name was changed to TECRO as a result of the Clinton Administration's Taiwan Policy Review of 1994.

The name of the head CCNAA office in Taipei was not changed, however.

The AIT and CCNAA were formed to handle ties between the two countries after the U.S. severed ties with Taiwan and recognized the People's Republic of China in 1979.

There have been other signs of growing ties between the U.S. and Taiwan.

When David Lee (李大維), the secretary-general of Taiwan's National Security Council, met this month with U.S. National Security Advisor John Bolton in the U.S., it was the first meeting between the national security advisers of the two countries since 1979.

Asked about the implication of the meeting, Paal said it was too early to tell.

"Obviously, Washington is feeling less inhibited by Beijing, and vice versa, so any change in the level of relations could prove rockier than at normal times," he said.

Commenting on U.S.-China-Taiwan relations, the former AIT head said different U.S. officials seem to hold different views, but most feel less deferential to China after its assertive behavior over the past 10 years.

"Some may see Taiwan as a useful card to play against China, but I am sure others want improved relations with Taiwan for their own sake," he said, adding that U.S. President Donald Trump's view on all this has not been expressed.

As Taiwan is about to hold a presidential election next year, Paal said he hoped the U.S. will respect whomever Taiwanese voters freely choose, while making its own interests clear.