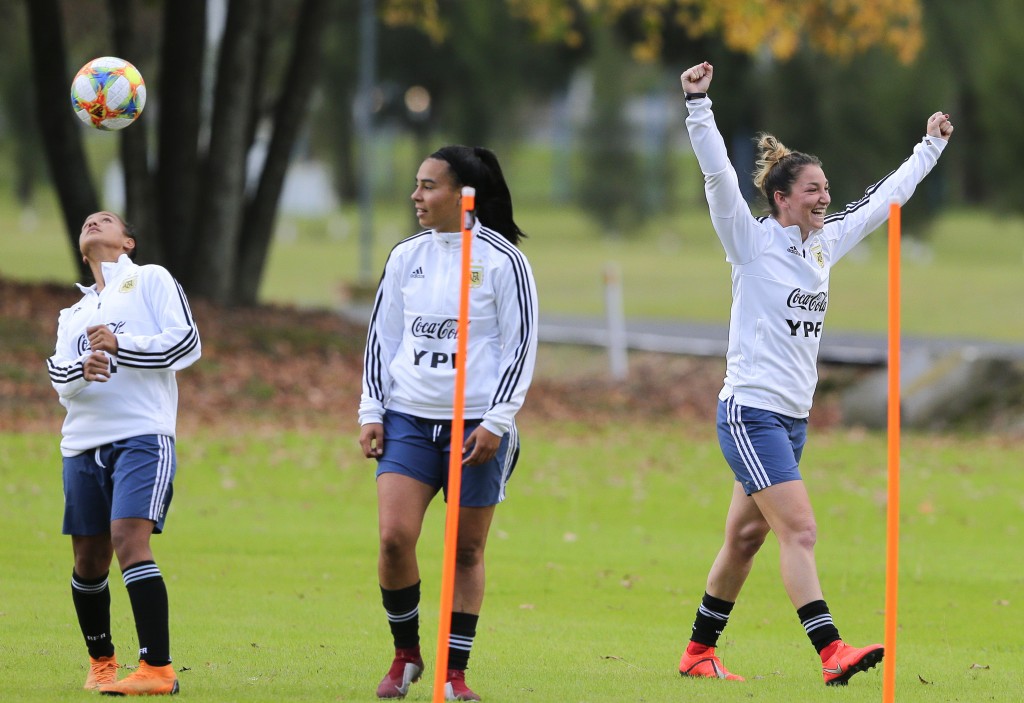 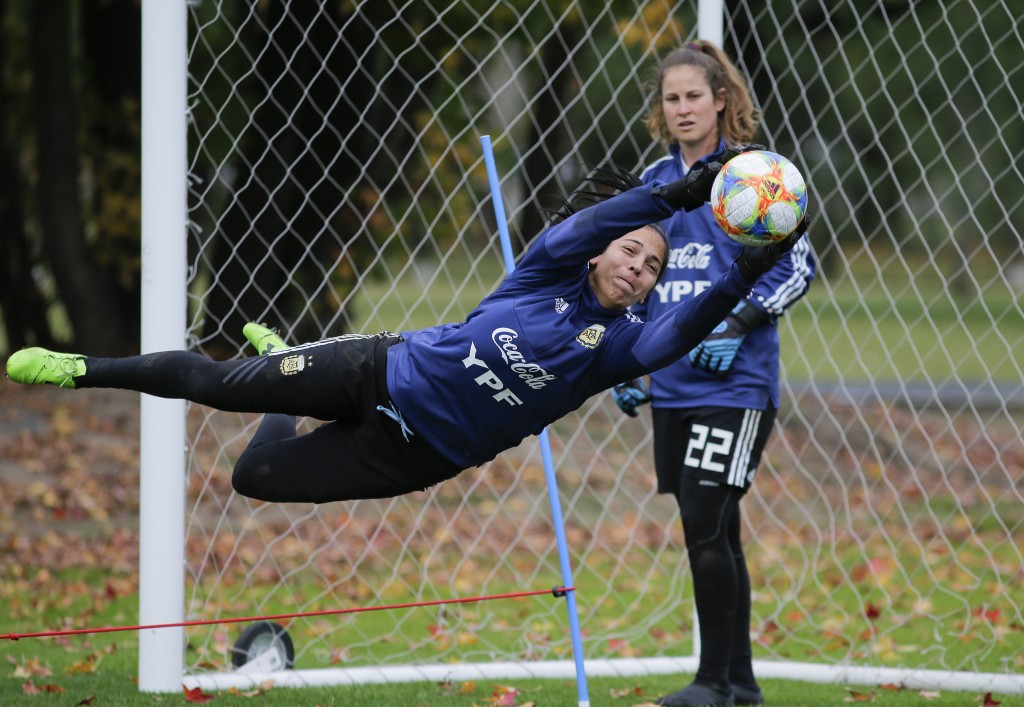 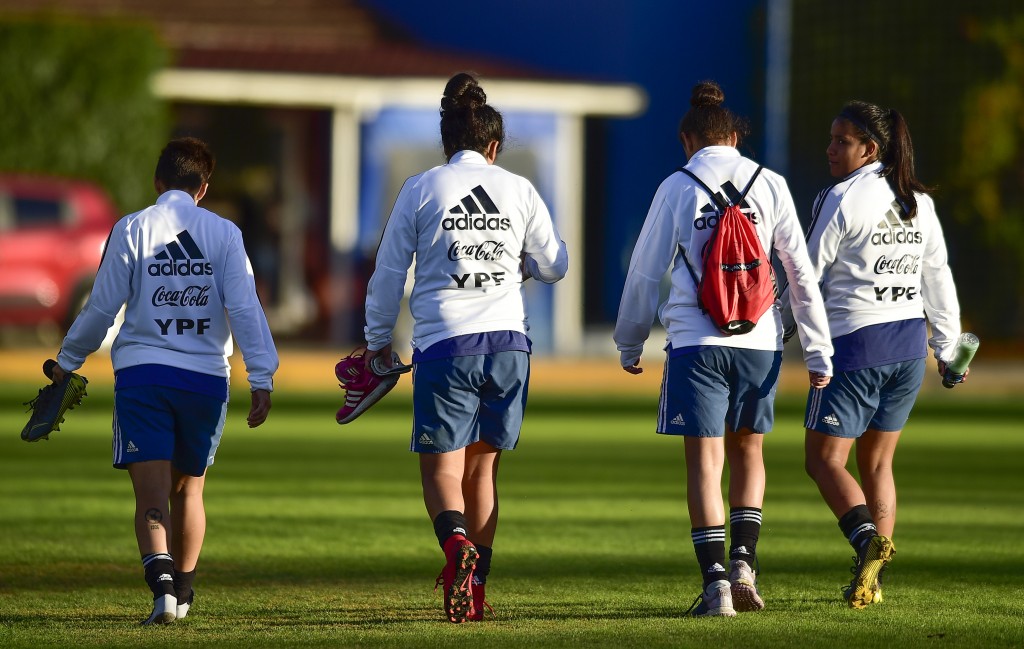 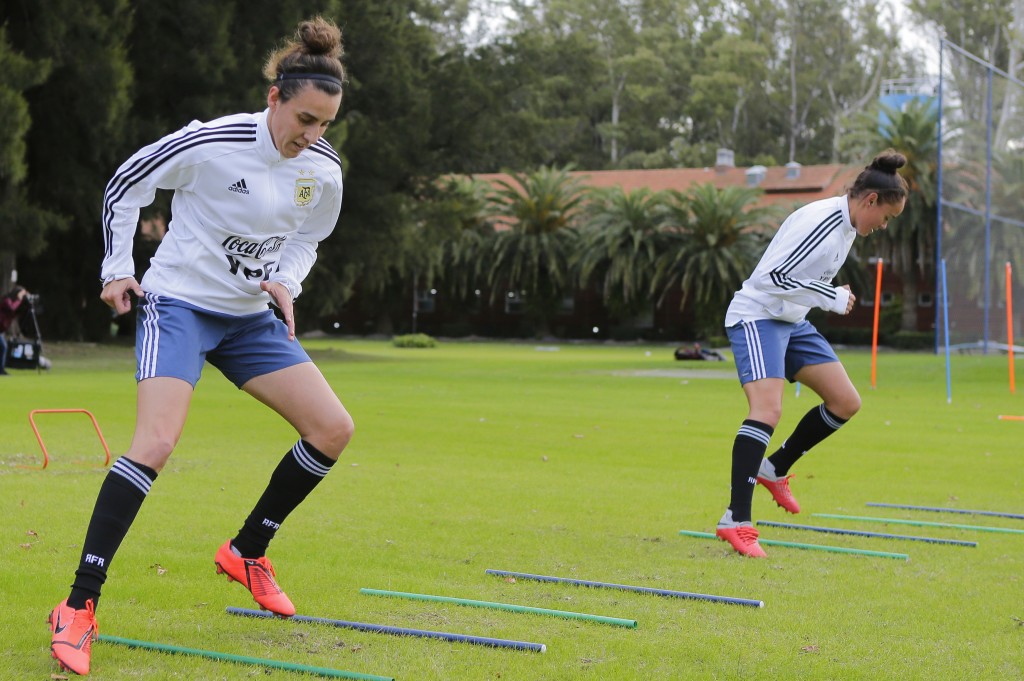 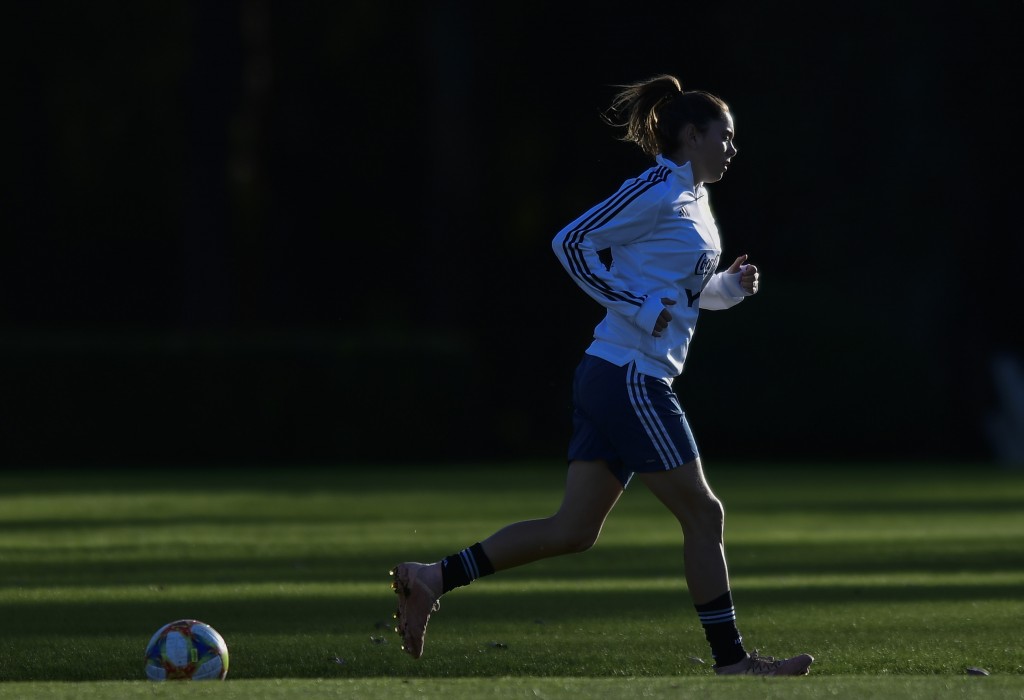 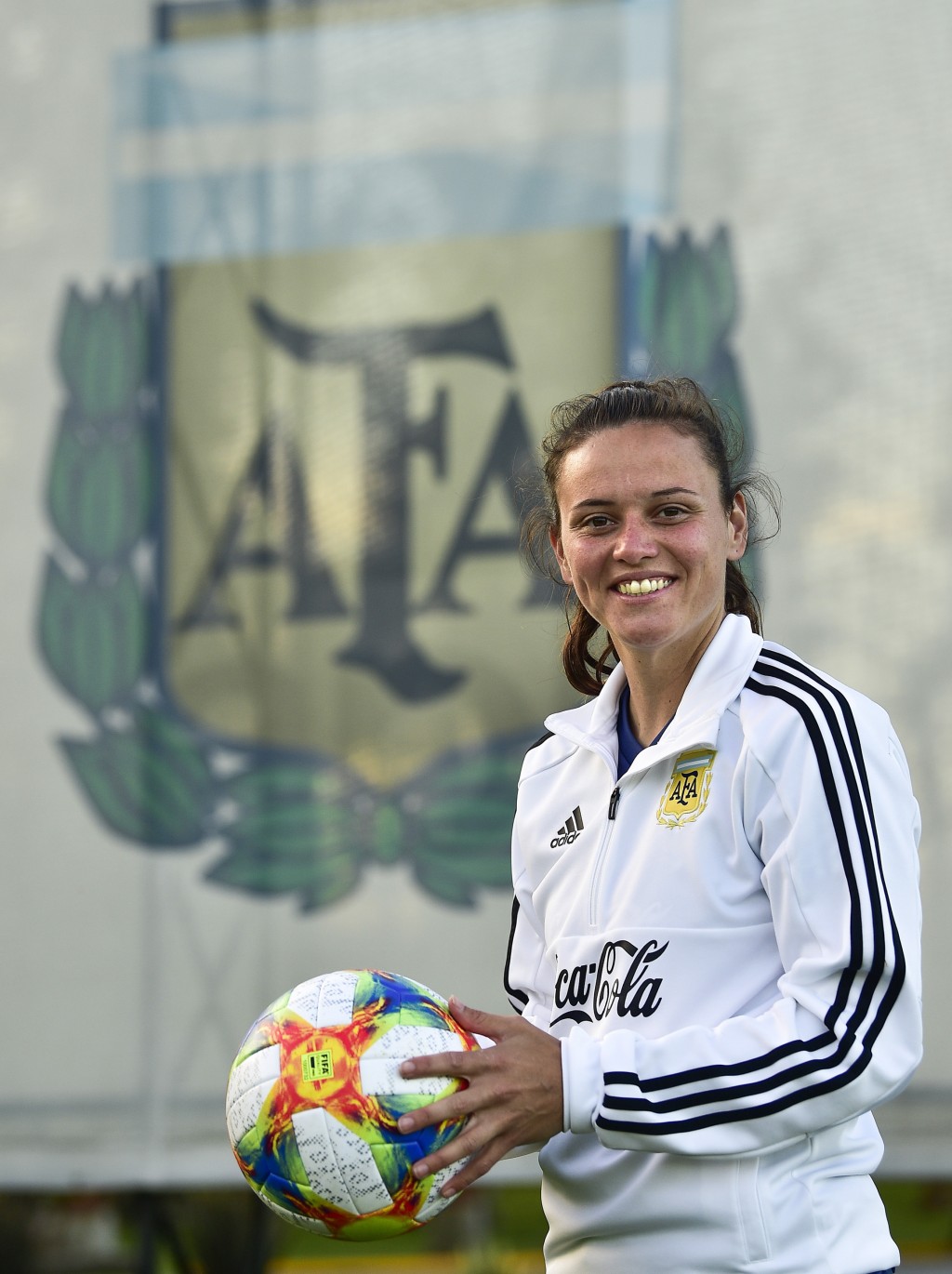 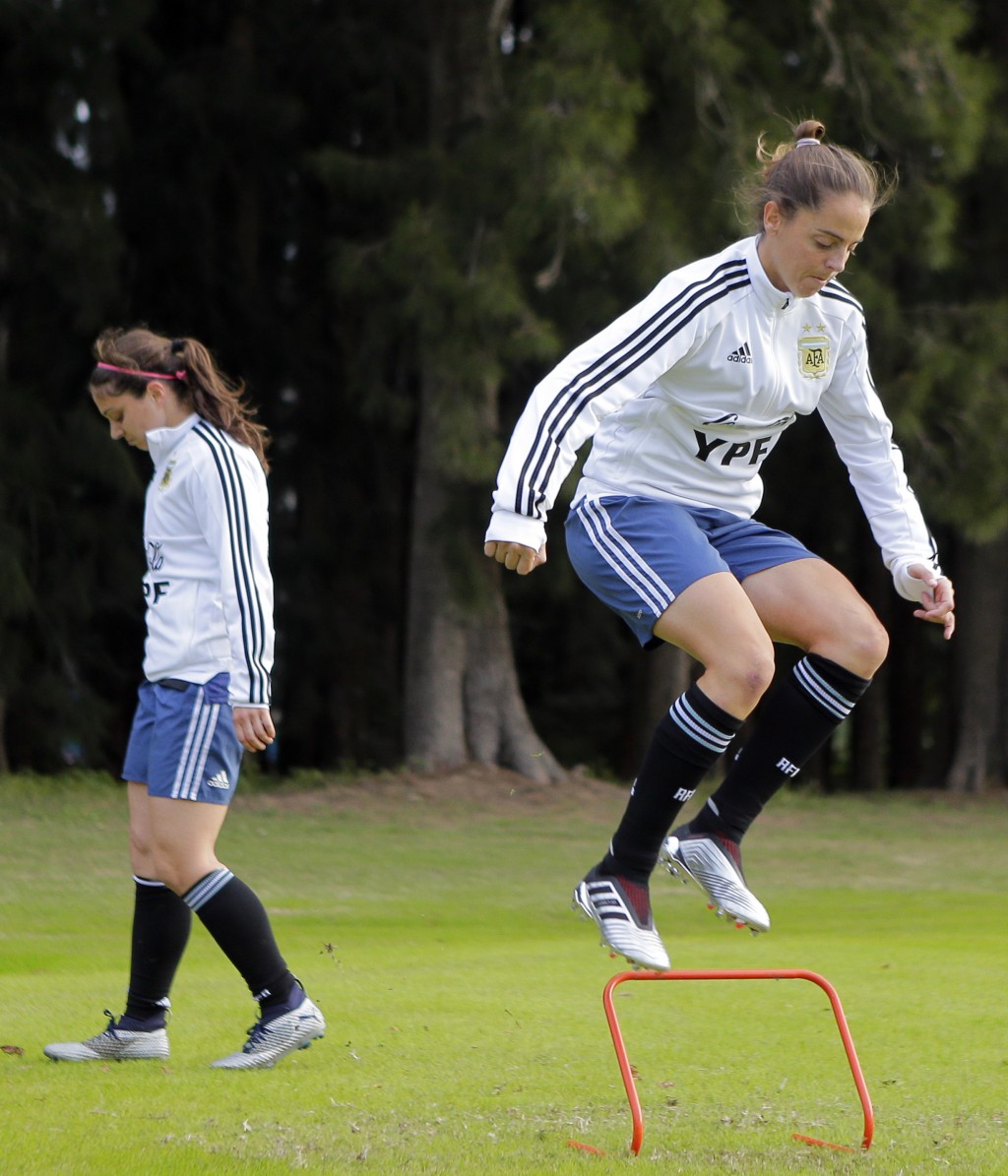 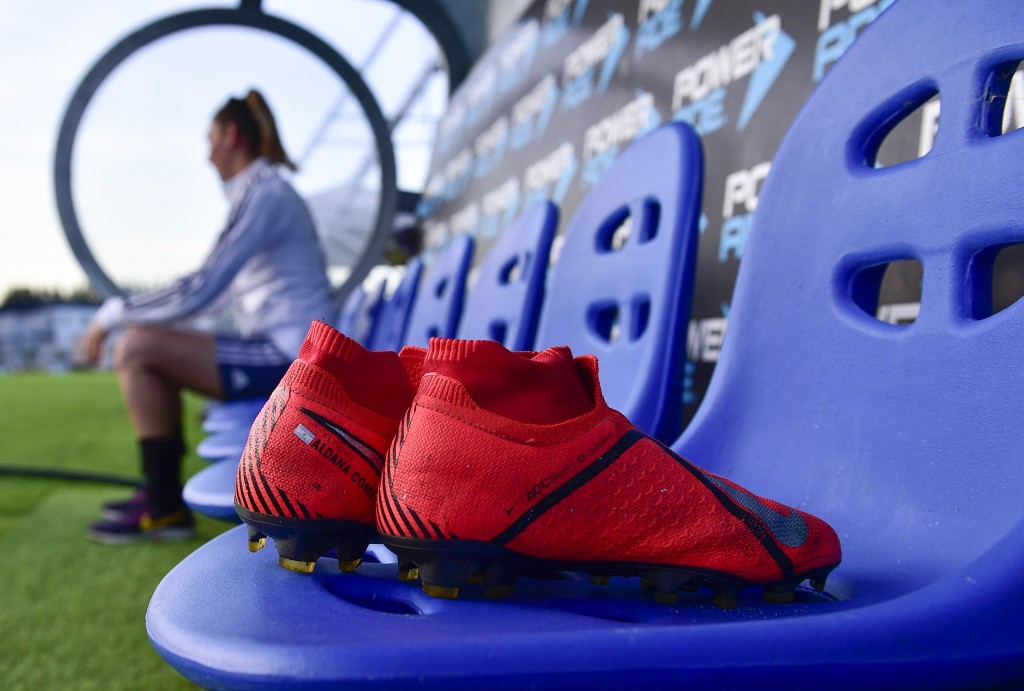 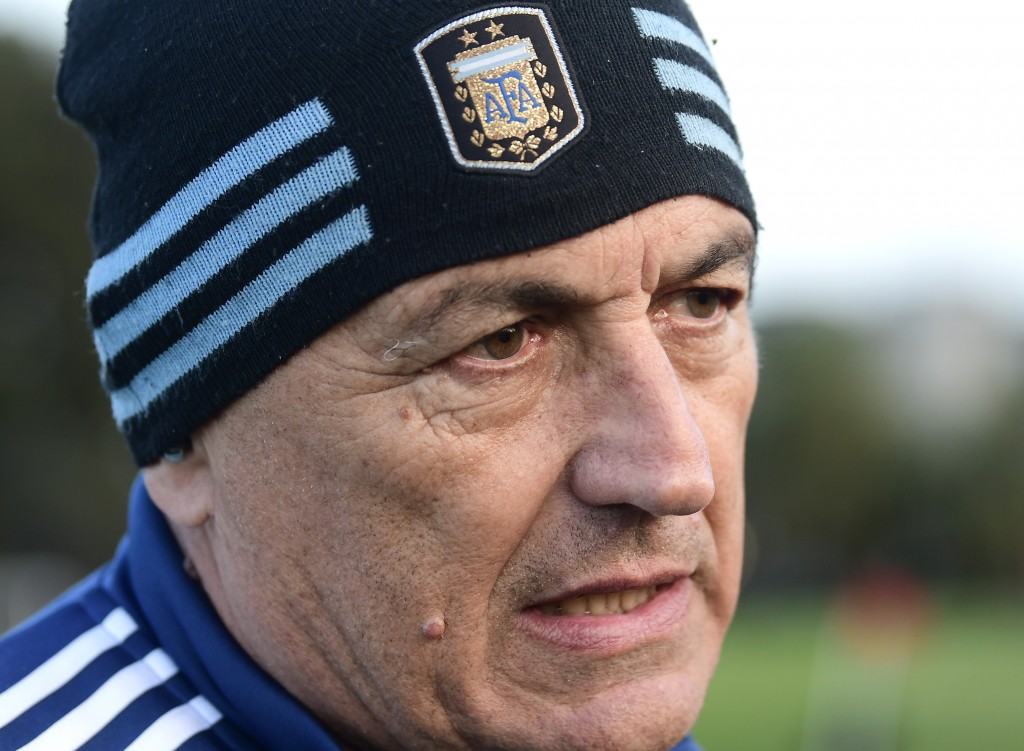 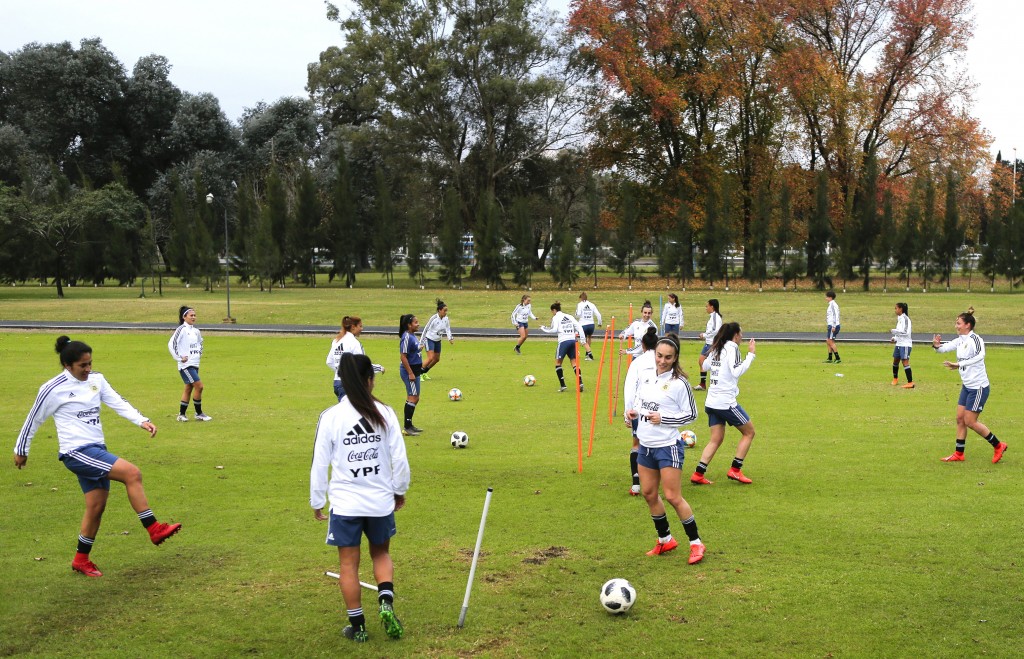 BUENOS AIRES, Argentina (AP) — Exhausted players lie scattered on a field at Argentina's national team training complex on the outskirts of Buenos Aires after a double dose of training, including an exhibition against a teenage men's team.

The concerns about things like a lack of uniforms and the refusal to allow them on fields previously used exclusively by men are in the past. Now Argentina's women's national team is focused on trying to get its first win in a Women's World Cup when the tournament kicks off in France.

"Most of this group is coming with a background filled of disappointment. For us it would be an award for so many years fighting," goalkeeper Gabriela Garton told The Associated Press. Garton spends half her day in soccer and the other in a master's program in sociology.

Argentinian players who are taking the team to its first Women's World Cup in 12 years helped organize a strike in 2017 after their stipends went unpaid, kicking off a movement for equality that eventually pushed the country's soccer association to grant the national women's league professional status.

The complaints from Argentinian players coincided with the country's feminist movement that has taken to the streets with marches against violence and inequality.

"Soccer was this last place that was so hard to break the barriers and come in. This year the dam opened and I hope it remains this way," Garton said.

The milestones have included women playing one of their league games in Boca Juniors' historic La Bombonera stadium earlier this year, the first time an official women's game was played in the stadium. The game was held prior to a Boca Juniors-San Lorenzo men's game.

Argentinian players have also enjoyed some visibility advertising sportswear, household appliances and even a special edition of the historic Panini World Cup sticker book. It's totally new for women who not long ago were invisible.

Only nine Argentina squad members play abroad. But Levante's midfielder Florencia Bonsegundo said she wants to inspire girls "not only in the national team, but also at the country level."

Argentina lost all six World Cup matches the previous two times it qualified, in 2003 and 2007. The team will play its first Group D match on June 10 against Japan, the runner-up in the 2015 tournament. They will then face England, currently ranked third in the world. Their last game will be against Scotland.

"Our main goal is to win one match, and we will focus on debutant Scotland," said striker Mariana Larroquette. "We could match England and we are far from Japan, but it is not impossible."

Argentina's team has played together for less than two years, which accounts for some of the modest expectations.

"We have to have our feet on Earth," said captain Estefanía Banini, who wears No. 10, like Diego Maradona and Lionel Messi. "From the half mark forward we can make the difference in one-on-ones, we have skills, but we know we are slow in comparison with countries with bigger preparation. We need to work to know how to defend against the speed of other teams."

Argentina's players have a last wish before they travel to France; to be visited by Messi, who will soon be in Buenos Aires for Copa America preparations.

"We hope we can share a moment because we are in the same building, and he can tell us how to live a World Cup," said Bonsegundo. "There are girls that have never been to one, it would be beautiful for them to get closer."