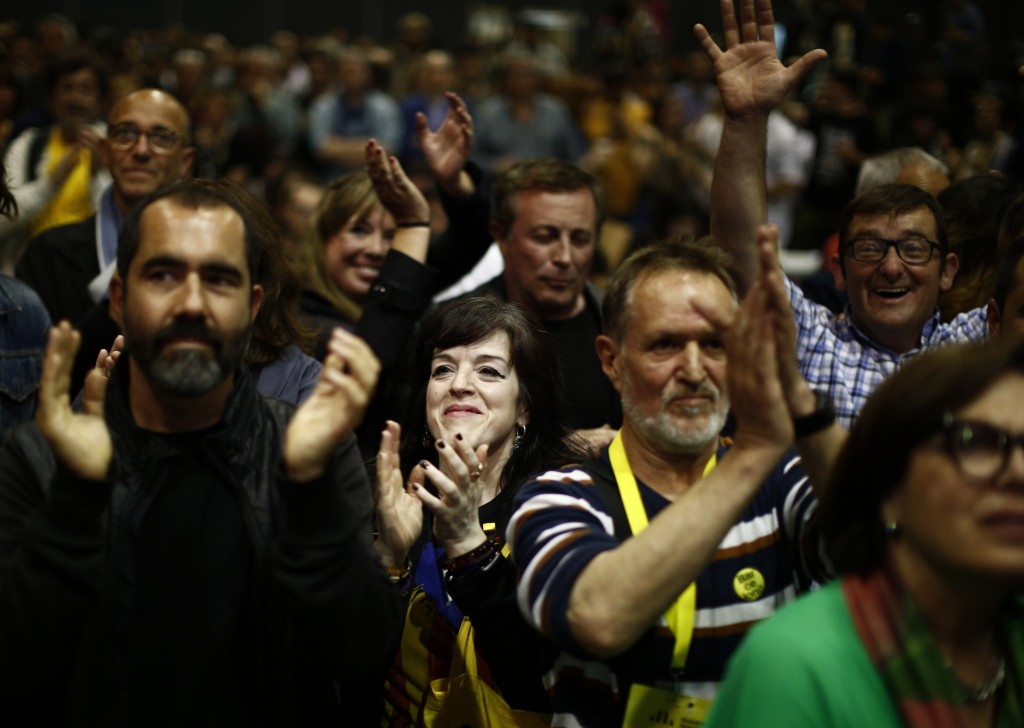 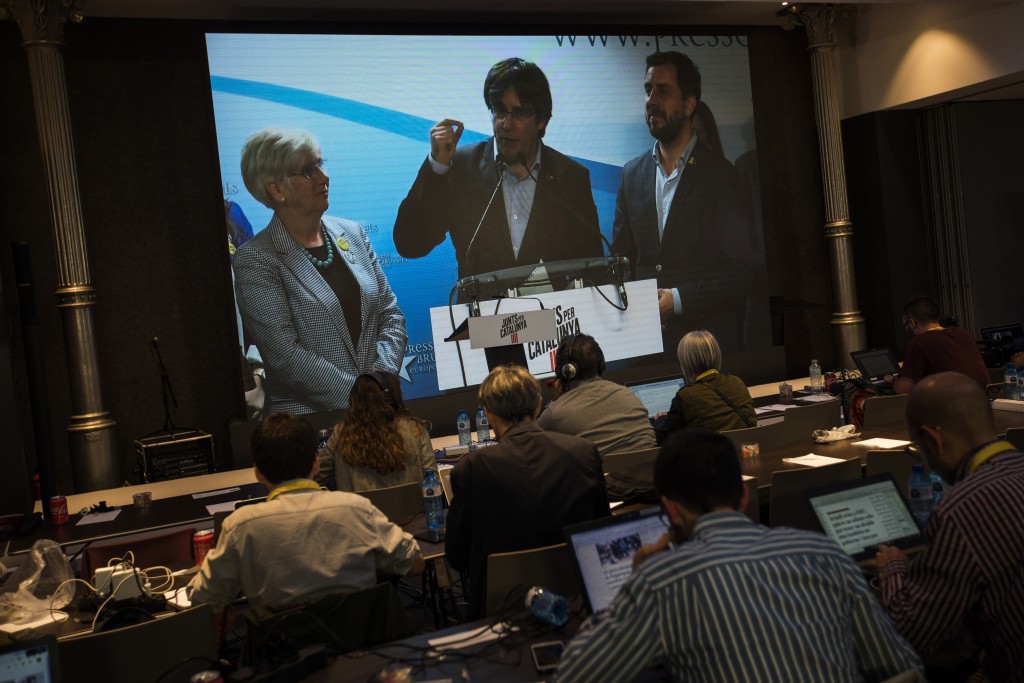 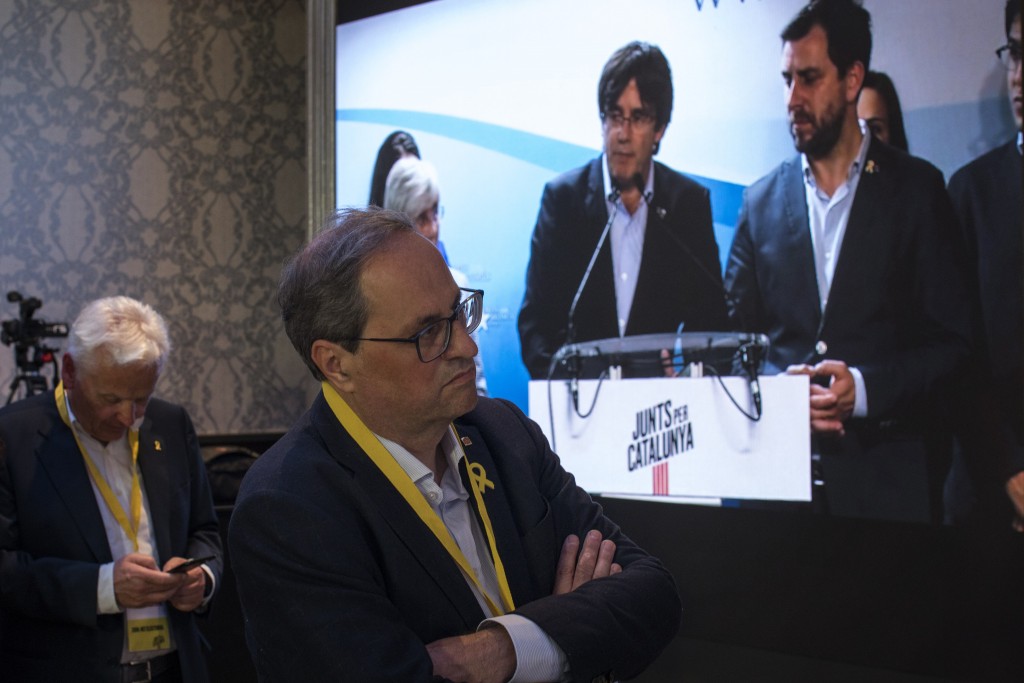 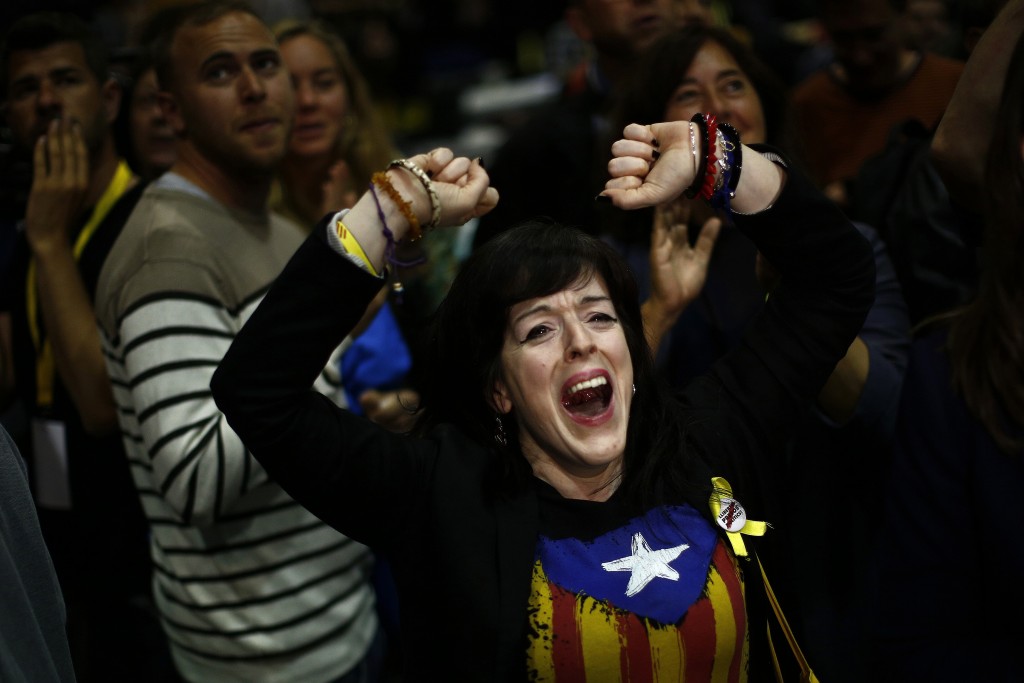 MADRID (AP) — Three jailed or fugitive Catalan politicians hope to use their freshly won seats in the European Parliament as loudspeakers for their separatist cause in northeastern Spain — although actually being sworn in as lawmakers will be the first obstacle they have to overcome.

The European careers of Catalonia's former regional President Carles Puigdemont, his former No. 2 Oriol Junqueras and ex Cabinet member Toni Comín depend on a slew of electoral rules and judicial decisions.

Ironically, those give more chances to the jailed Junqueras than to his two colleagues, who fled to Belgium following an unprecedented push for Catalan independence in 2017.

Puigdemont's and Comín's attempts to continue internationalizing their cause from the European Parliament could be thwarted unless they expose themselves to arrest by traveling to Madrid to pick up their lawmaker credentials and taking an oath before Spain's Central Electoral Board, says an internal regional chamber report that The Associated Press has had access to.

Asked during a press briefing how he plans to claim his seat, Puigdemont said on Monday that he believes the Spanish government "wants to win in (legal) chambers what they have lost in the ballots."

"We are ready for that battle," he said, addressing journalists in Barcelona by video link.

Junqueras took a different strategy when he was indicted following the staging of a banned referendum and a short-lived independence declaration at the end of October 2017. He stayed put in Catalonia, showed up in court in Madrid when his summons arrived and has been in preventive custody on preliminary rebellion charges for most of the past two years.

The 50-year-old has also turned the ongoing televised Supreme Court trial against separatists into a campaign platform, widening support for his left-wing republican party in regional, national and the recent European elections.

The conundrum now is whether he will be allowed to take his seat and, if denied — as happened last week after he obtained a seat in the Spanish Congress of Deputies — who will take on the politically sensitive task of removing an elected politician, further enraging his base of supporters.

The European Parliament says that it's up to Spain's electoral board to decide whether Junqueras is in the final list of elected lawmakers that Spanish authorities need to submit to Strasbourg.

That leaves the decision in the hands of Supreme Court judges, who need to grant Junqueras temporary permission to leave jail and obtain his lawmaker credentials. The same panel of judges did allow him to be sworn in as a national lawmaker last week, although he was immediately suspended by the parliament, citing a Spanish criminal law article that bans those in jail due to a rebellion indictment from holding public office.

It's unclear if the same article would apply to the European plans of Junqueras, who calls himself a "political prisoner," or if he will manage to be sworn in at least as a symbolic voice in the heart of Europe, assuming that he won't be able to vote from jail. All votes in the European Parliament need to be cast from the plenary chamber.

One way or another, Junqueras told the AP last week in an interview via videoconference from jail, he plans to defend his rights "in all levels and before all possible judicial institutions.

Joseph Wilson in Barcelona contributed to this report.