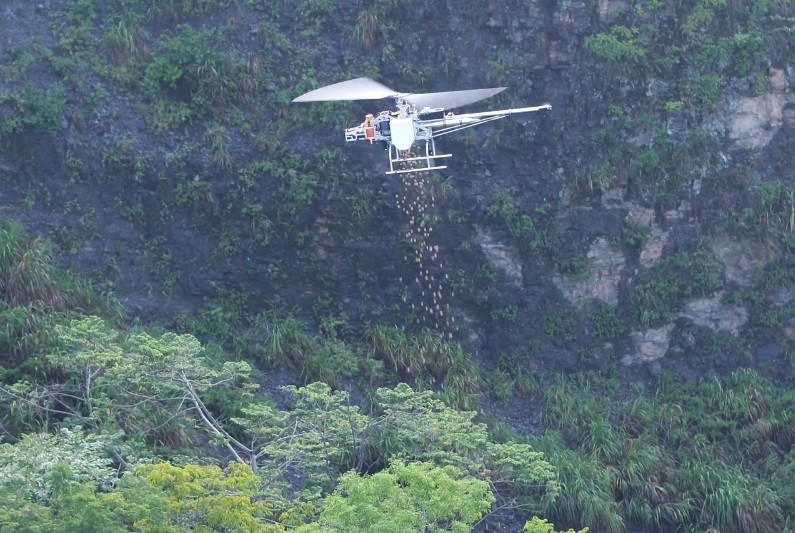 The bureau said it commissioned a UAV team in October 2018 for tasks using a rotary-wing UAV, to drop seeding materials via a remote-controlled dispenser on landslide areas. The tasks were carried out as part of an effort to establish procedures for aerial seed sowing operations.

The seeding materials were developed by National Chung Hsing University, according to the bureau.

The drone was able to conduct seed sowing and reforestation operations at altitudes below 3,000 meters, carrying a payload of 8-10 kilograms of seeding materials, the bureau said. With each flight being able to drop about 700,000 seeds and each trial site receiving at least 30 flights, about 21 million seeds were dropped on each site, the bureau added.

Since April 2019, the trials have been conducted on landslide areas upstream of the Atayal tribal village of Lumoan in Yilan County’s Datong Township, upstream of Deji Reservoir in Taichung City’s Heping District, and beside a country road in Nantou County’s Ren'ai Township.

The bureau marks off three months after spraying the seeds as a period to conduct outcome assessments by analyzing the effect the operations have on restoration of vegetation in the landslide areas. The results of the trials will be compiled into an operation manual, the bureau added.