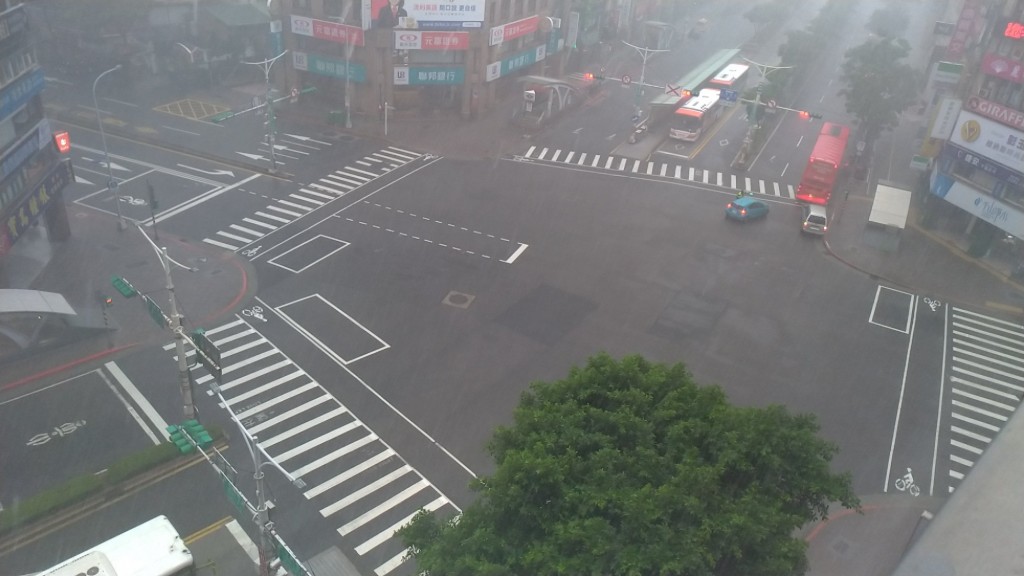 TAIPEI (Taiwan News) -- The 41st annual Wan An exercise (萬安演習), a drill simulating an air attack by Chinese military forces, was held today (May 27) in the pouring rain in northern Taiwan.

For the first time in a nationwide air defense drill, messages were fired off to cellphones in a simulation of a response to a missile attack, according to the MND. Despite the fact that the text message was sent two minutes in advance and sirens wailed across the city as the drill began, many vehicles could be seen trying to charge through the empty streets before police pulled them over. Hualien and Taitung on the east coast, and the island county of Lienchiang, better known as Matsu, will have the drills on Wednesday (May 29), while Central Taiwan, with Taichung, Miaoli, Changhua, Nantou, Yunlin, Chiayi City and Chiayi County, and also Penghu in the Taiwan Strait, will close off the series on Thursday (May 30). Cars and buses trying to rush through intersection as drill begins.

The nationwide Wan An air raid drill will be exercised around the island from May 27 through May 30 from 1:30 pm to 2 pm, and is divided into the following seven regions: Intersection quiet as drill comes to an end.

The first Wan An drill was held in 1978 after Chiang Ching-kuo had been elected president by the National Assembly. Due to increased concerns over Taiwan's safety after being removed from the UN in 1971, Chiang initiated an air raid preparedness drill for citizens to "Prepare for danger in times of peace" and dubbed it the "Mega Peace Exercise".萬安演習 Wanan exercise).

The drill has continued for 41 years now. As tensions with China have ratcheted up since President Tsai Ing-wen's (Cai Ying) election in 2016 and with 1,000 missiles pointed at Taiwan from China, the drills seem more relevant than ever.

Video showing the first couple minutes of the drill in the pouring rain:

Time-lapse video showing cars and pedestrians clearing the way just before the drill: 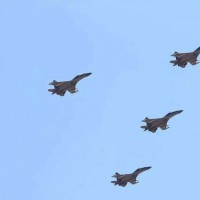 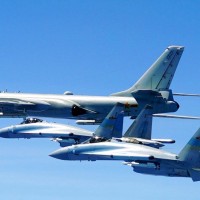