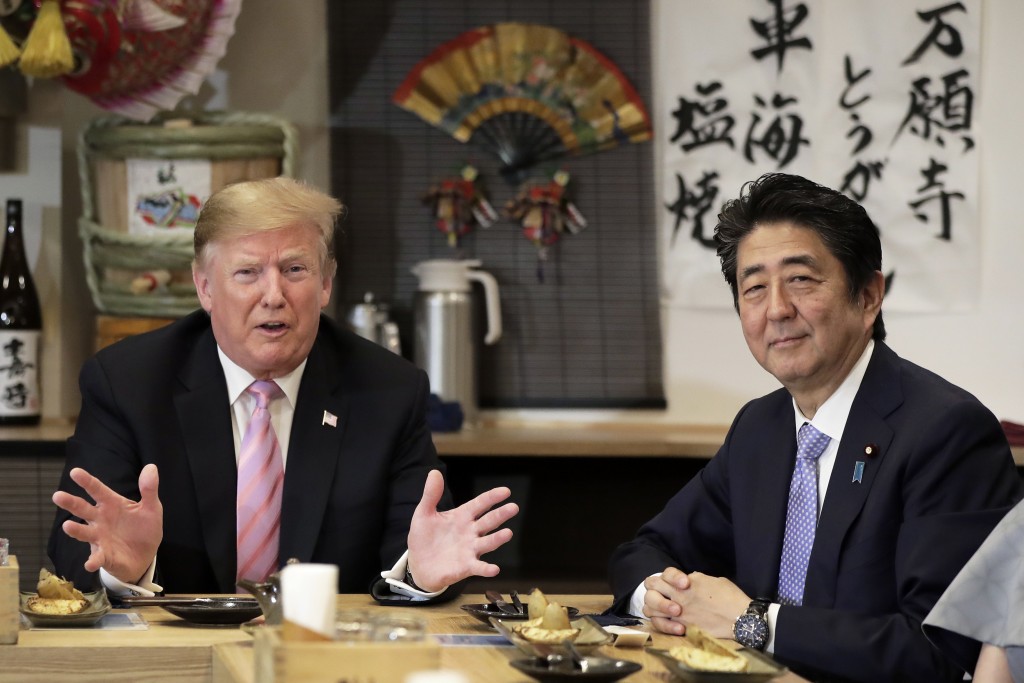 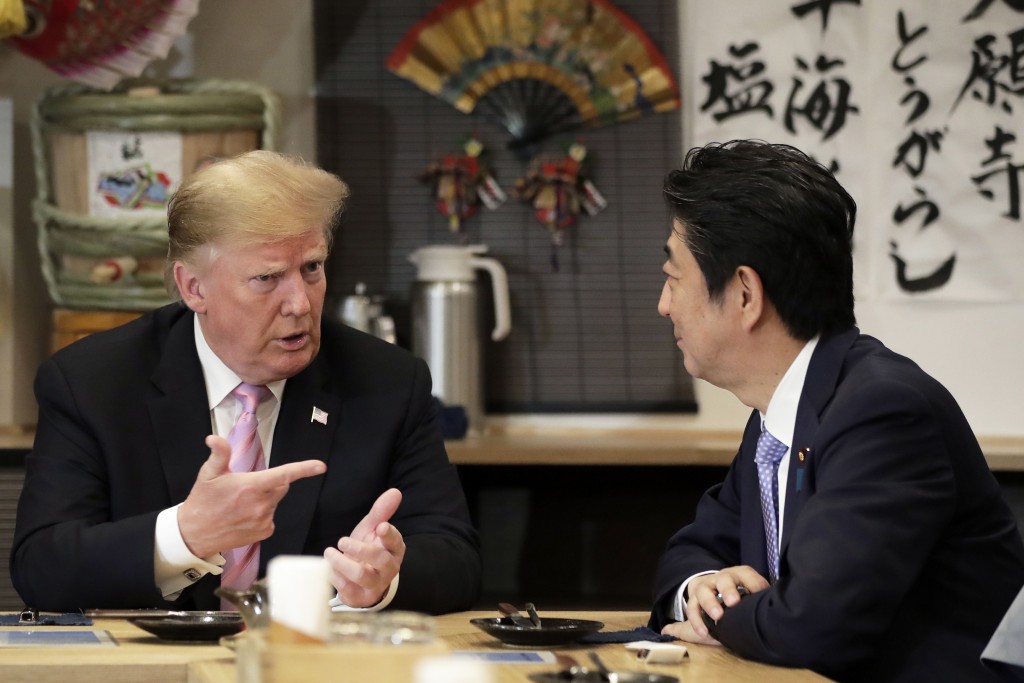 The president and his wife, first lady Melania Trump, will kick off Monday's formal visit at a welcome ceremony with Emperor Naruhito and Empress Masako.