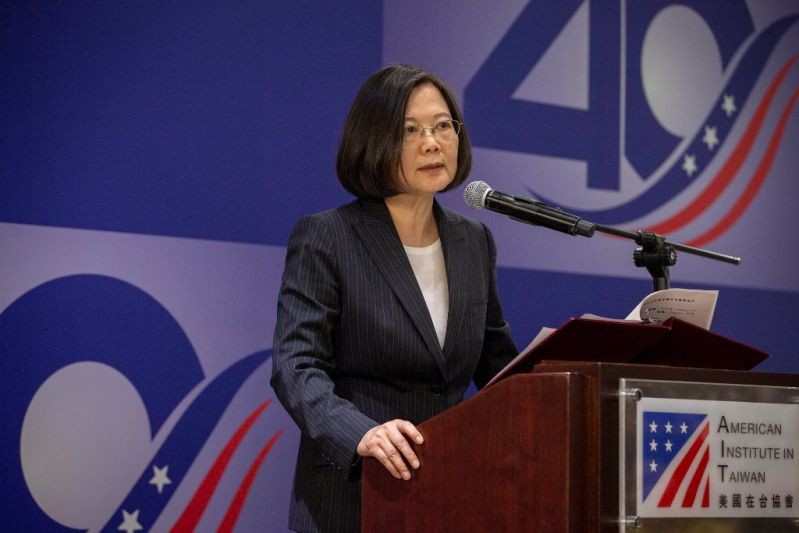 TAIPEI (CNA) -- A Taiwan government organization has been renamed to include for the first time the terms "U.S." and "Taiwan," a development that President Tsai Ing-wen (蔡英文) said Saturday was a reflection of the solid mutual trust between the two countries.

On her Facebook page, Tsai said the Coordination Council for North American Affairs (CCNAA) will now be called the Taiwan Council for U.S. Affairs (TCUSA), following discussions between the two countries.

The term "North American" was used initially because of the political circumstances at the time, Tsai said, referring to the period when the government organization was established in 1979.

The renaming of the organization this year is also significant because it is the 40th anniversary of the Taiwan Relations Act (TRA), she wrote.

The TRA, which forms the cornerstone of Taiwan-U.S. relations, was signed by then-U.S. President Jimmy Carter in 1979 when Washington switched diplomatic recognition from Taipei to Beijing.

After the switch, the U.S. established the American Institute in Taiwan (AIT), a de facto embassy, in accordance with the TRA to manage its relations with Taiwan, while Taiwan set up the CCNAA to handle ties with the U.S.

His ministry said relations between Taiwan and the U.S. have been steadily improving in recent years, and the two sides have been cooperating more closely on issues such as regional security.

For example, earlier this month, National Security Council (NSC) Secretary-General David Lee (李大維) met with U.S. National Security Advisor John Bolton in Washington, which was the first meeting between the national security advisers of both countries since 1979, the ministry said.

During that visit to the U.S., Lee also met with other American officials and representatives from Taiwan's diplomatic allies, which was also a first, according to a source familiar with the matter.

According to a tweet from the White House on May 22, the presidents of the Marshall Islands, Micronesia, and Palau were in the U.S. at the time.

The Marshall Islands and Palau are two of Taiwan's 17 diplomatic allies.

Exchange visits by Taiwan and U.S. officials have been on the rise since the U.S. passed the Taiwan Travel Act last year, which encourages such visits at a high level.

As ties between the U.S. and Taiwan continue to grow, the U.S. Senate Committee on Foreign Relations on May 22 unanimously passed a bill supporting Taiwan's efforts to regain observer status in the World Health Assembly, which has not invited Taiwan to attend its meetings since 2017 due to obstruction by China.