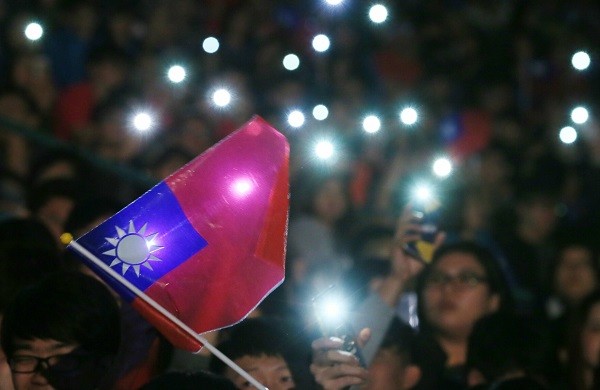 TAIPEI (Taiwan News) – This is the first of a two part series on why Taiwan should take bolder actions in international diplomacy to encourage increased political engagement across the globe, and to challenge accepted political convention.

Part one will discuss why geopolitical conditions in 2019 are favorable for Taipei to begin a more vigorous campaign of diplomatic engagement across the globe. Part two will discuss why a campaign of “guerrilla diplomacy” and a strategic reassessment of the global political landscape are necessary for Taiwan’s long-term future.

An excellent example of Taiwan pursuing its own political interests in recent years under the Tsai administration is the Southbound Policy, which has developed international linkage and cooperation with the nations of Southeast Asia and India, promoting diplomatic ties by way of economic cooperation.

The Southbound Policy was envisioned as a means of boosting economic ties throughout the region while simultaneously reducing dependency on China's markets. Given the escalating trade war between the United States and China, Tsai's Southbound Policy was absolutely a prescient move for Taiwan's economic well-being and long-term autonomy.

In the spirit of such prescient strategies, a campaign of guerrilla diplomacy, starting in the summer 2019, will serve to further Taiwan's long-term interests and jump-start diplomatic engagement with nations across the Indo-Pacific, while also frustrating China's campaign of political isolation at a time when Beijing is politically vulnerable.

As for timing, thanks to the World Health Assembly this week (May 20-28) in Geneva, Switzerland, Taiwan already has the attention of many national governments across the world. A remarkable number of friendly states have made statements expressing support for Taiwan's greater participation in international affairs.

Currently, the exclusion of Taiwan's 23 million people from the World Health Organization and other important international organizations, has already given Taiwan the attention of much of the international community, making this an opportune time to begin “rocking the boat” of conventional diplomacy.

Add to that, the auspicious escalation of the U.S.-China trade war, thanks to the Trump administration’s tariffs targeting Chinese goods and actions targeting Huawei. This has undoubtedly turned up the pressure in Beijing.

As the Chinese Communist Party (CCP) works feverishly to maintain an economy that is already dragging its heels, one of the last things the CCP wants to confront at this moment would be an assertive Taipei challenging them on diplomatic or economic fronts they assumed were secure. Many commentators on the re-ignited trade-war suggest it is the beginning of a generational conflict between the U.S. and China, and that it might last a decade or longer. Add to that the creeping distrust towards Chinese telecom companies and investments across the globe, and Taiwan looks to be a mighty attractive place for new economic partnerships across a range of key industries.

Also, given the upcoming presidential election in Taiwan, and the possibility that Tsai Ing-wen will not receive the nomination of the Democratic Progressive Party, that means this administration may only have a single year remaining in office.

While some might consider that an unfavorable circumstance for maintaining consistent diplomatic policy, it may also be a fortuitous starting position for the Tsai administration to pursue a campaign of bold guerrilla diplomacy.

If Tsai were to take such a gamble while the circumstances are auspicious, her administration has the opportunity to re-frame the international diplomatic landscape for her successor. She has an opportunity to make unexpected diplomatic maneuvers. If they ultimately prove ineffective, they will will simply be written off as such by the next administration.

However, if President Tsai and Foreign Minister Joseph Wu do take a maverick turn and make a few successful gambles in the arena of international relations, it could precipitate a domino effect that will not only demand increased engagement with nations of the Indo-pacific, but may also prompt a re-assessment of Taiwan's relations among more powerful actors on the world stage. To seize the initiative and change Taiwan's strategic posture in the diplomatic arena, here is a brief list of recommended actions in the Asia-Pacific for the Ministry of Foreign Affairs under the Tsai administration.

The Philippines and the South China Sea

The South China Sea is one of the most politically volatile regions on planet earth with a host of littoral states involved in the region's territorial disputes. In addition to possessing one of the region's most formidable navies, Taiwan also controls Taiping Island, the most substantial land mass involved in the South China Sea territorial conflict.

Given that Taiping Island is also a likely test target for a offensive attack by Beijing, Taiwan is a part of the political calculus of the South China Sea, whether it wants to be or not.

It is time for Taipei to start acting like a leader in the region. Taiping Island (Ministry of the Interior)

Taiwan should organize a two phase political campaign aimed at arbitration and settlement dispute among South China Sea countries. The Philippines should be considered a crucial partner to court as an ally in this campaign. This is due to geographic factors, as well as escalating pressure on Manila as Beijing continues to challenge the territorial integrity of the Philippines, while domestic dissatisfaction with the Duterte's handling of this issue also continues to grow.

Phase One: The Tsai administration should invite representatives from all territorial claimants in the region, excluding China, for a small private summit and multi-lateral dialogue on claims and international law in the region. This summit meeting should be held on Taiping Island, and restricted to representatives of the following claimant states; Taiwan, Philippines, Vietnam, Malaysia, Singapore, Indonesia and Brunei.

Phase Two: Taipei should partner with the Philippines, and encourage Manila to co-host a second, larger summit, inviting representatives from the Phase One Summit, in addition to representatives from China and other nations as observers. This summit should serve as a platform for the littoral claimants to collectively address the conduct of China in the region, and to potentially reach a consensus on freedom of navigation, fisheries and UNCLOS protocol. The Philippines government, on behalf of Taiwan, would ideally extend an invitation to United Nations and ASEAN officials to attend as well. Whether Beijing or the U.N. agree to send representatives is of secondary importance.

Send delegations simultaneously to Seoul and Pyongyang to convey the following items; express concern over tensions between the U.S. and North Korea; encourage peaceful resolution of hostilities, and express confidence in the abilities of both Korean governments to continue on the path of rapprochement towards a lasting peace.

The Taipei delegations should propose that the Koreas cooperate to establish a special inter-Korean trade development office in Taiwan, jointly managed, to promote Taiwan-Korea bilateral trade and investment.

Should they accept, it would provide a win-win for the two Koreas and Taiwan. It would give Seoul and Pyongyang an opportunity to cooperate constructively as equals in a neutral third country, to work on projects that will benefit the economies of both North and South Korea, thereby promoting shared interests and peace on the peninsula, while also expanding the scope of Taiwan's trade in the region.

Whether they accept this arrangement or not, just issuing the invitation would highlight Taiwan's commitment to promoting mediation and conflict resolution across the Asia-Pacific. Japan has just entered the Reiwa imperial era, making this year a symbolically important time of transition for the nation. It is therefore also an excellent opportunity for Taiwan to send a diplomatic message that will capitalize on the symbolism of the imperial house at the start of Emperor Naruhito's reign. President Tsai should send a delegation with a private message for Emperor Naruhito (she likely already has), to be followed by a public address covering the following items.

Tsai should commend the emperor for his commitment to promoting peace and constitutionalism in Japan, while expressing hope for Japan's continued prosperity and an ever-improving partnership between Taiwan and Japan. And lastly, in front of a camera, Tsai should publicly and directly issue an invitation to Emperor Naruhito and Empress Masako to visit Taiwan. She should invite them to personally witness Taiwanese society and colonial era sites, offering them an opportunity to gain a better understanding of Japan's colonial presence in Taiwan, and the complex historical relationship between the two countries. Whether or not they accept this invitation is of secondary importance.

Despite Taiwan's obvious diplomatic proximity to the United States and Russia's demonization by U.S. and European media outlets, from the perspective of realpolitik, Taiwan has no reason to view Russia as anything other than a country of untapped diplomatic and economic opportunity. There is plenty of potential in numerous areas waiting to be developed between Russia and Taiwan. A strategic place for Taipei to start is by deploying Taiwan's External Trade Development Council (TAITRA) with a mission of vigorously promoting Taiwan's ICT products and services at the level of local republics and oblasts, particularly those in Russia's eastern territories.

This would be an operation that could simultaneously capitalize on, and assist with, the U.S. trade war and the suppression of“blacklisted”Chinese telecom companies. Despite Moscow's loose alignment with Beijing on the global stage, if local governments and private companies in Russia have any significant worries towards Chinese telecom companies due to risk of active espionage by the CCP, then they would likely welcome trustworthy alternatives.

The Tsai administration should instruct TAITRA to organize ICT companies and component manufacturers for exploratory trade missions to Russia's most populous regions and its easternmost oblasts and republics.

In line with the New Southbound Policy, the Tsai administration has been making excellent headway in building bridges with India, and the economic partnership between the two countries looks set to grow. However, one area where Taiwan should consider putting more focus and resources is in the realm of education, and bilateral exchange programs.

In the technical and scientific fields, India represents great potential for brining talented professionals to Taiwan as a means to combat the country's persistent “brain drain” problem. However, to make the most of the trade and investment partnerships, whose foundations are now being laid, Taiwan should do more to encourage academic interest in India among Taiwanese students.

Taiwan should consider forming a special council comprised of Taiwanese universities tasked with finding partner universities in India to facilitate educational exchanges, research programs, and degree program recruitment with the assistance of both national governments.

A special “Taiwan-India University Council” tasked with building relations in the academic sphere between the two countries will plant the seeds of a much stronger bilateral partnership over the decades to come. 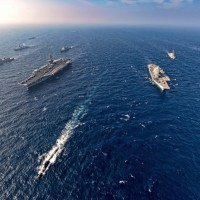