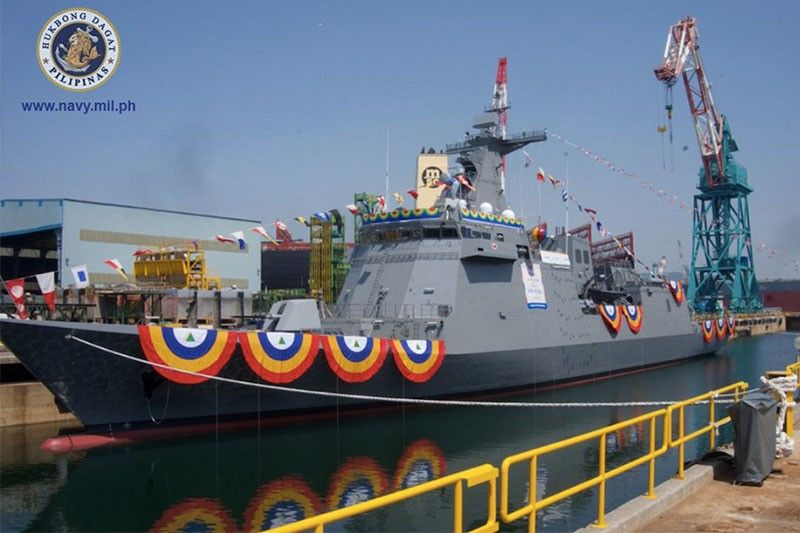 TAIPEI (Taiwan News) – The Philippine Navy celebrated a launch ceremony for the first of two new frigates being manufactured by Hyundai Heavy Industries in South Korea.

On Thursday (May 23), Philippine Navy officers were in Ulsan, South Korea, for the first sea test of the BRP Jose Rizal (FF-150), which is the first warship of the Philippine armed forces to be equipped with a missile platform.

The Jose Rizal’s sister ship, the BRP Antonio Luna (FF-151), will also be equipped with the surface-to-air and surface-to-surface missile systems, making the two ships the most technologically advanced vessels in the Philippines Navy.

The deal for the two frigates was signed with Hyundai Heavy Industries in October 2016 for PHP$16 billion (US$306 million), reports Philstar Global.

"All of us are equally thrilled that we will soon be deploying a brand-new frigate, with anti-submarine, anti-surface, anti-air and electronic warfare capability to patrol and protect our vast territorial waters.

The Philippine Navy's desire for acquiring state-of-the-art and highly capable warships is soon within reach. It further provides leverage for the navy's bid of becoming stronger and more credible force that the Philippines as a maritime nation can be proud of."

The BRP Jose Rizal is scheduled to be delivered and ready for active duty by September 2020, while the BRP Antonio Luna is expected to be in service sometime after March 2021.

The most advanced ships currently in service are second-hand Hamilton class cutters, purchased from the U.S. Coast Guard.

The new frigates, named after national heroes of the Philippines, are expected to drastically improve the nation’s ability to safeguard its territories in the South China Sea, which are being threatened by China’s expansionism and militarization of features in the region.