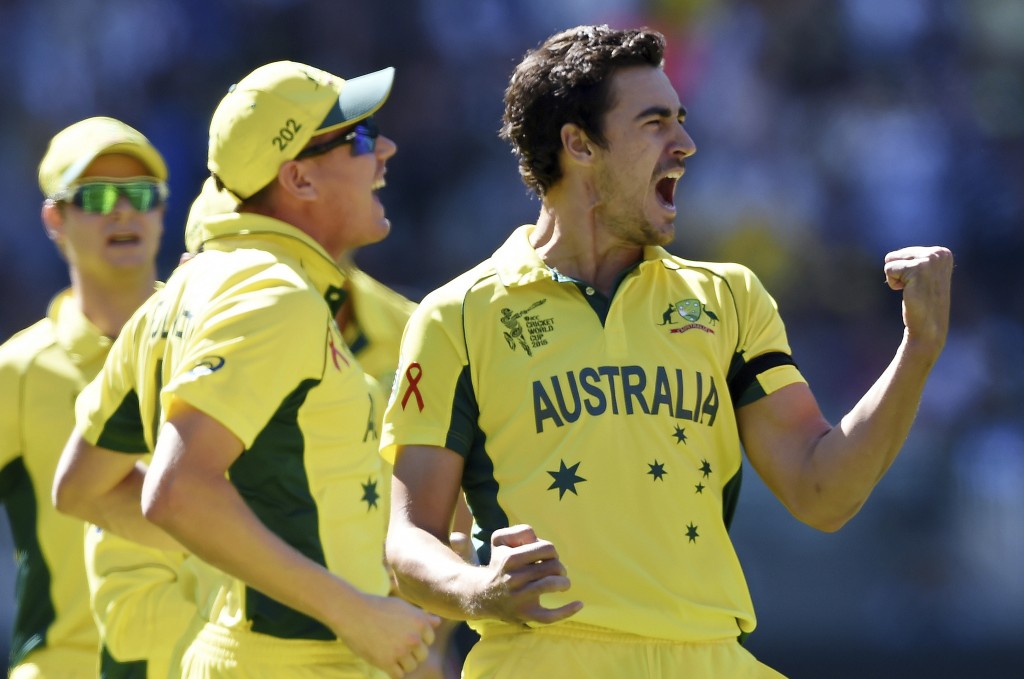 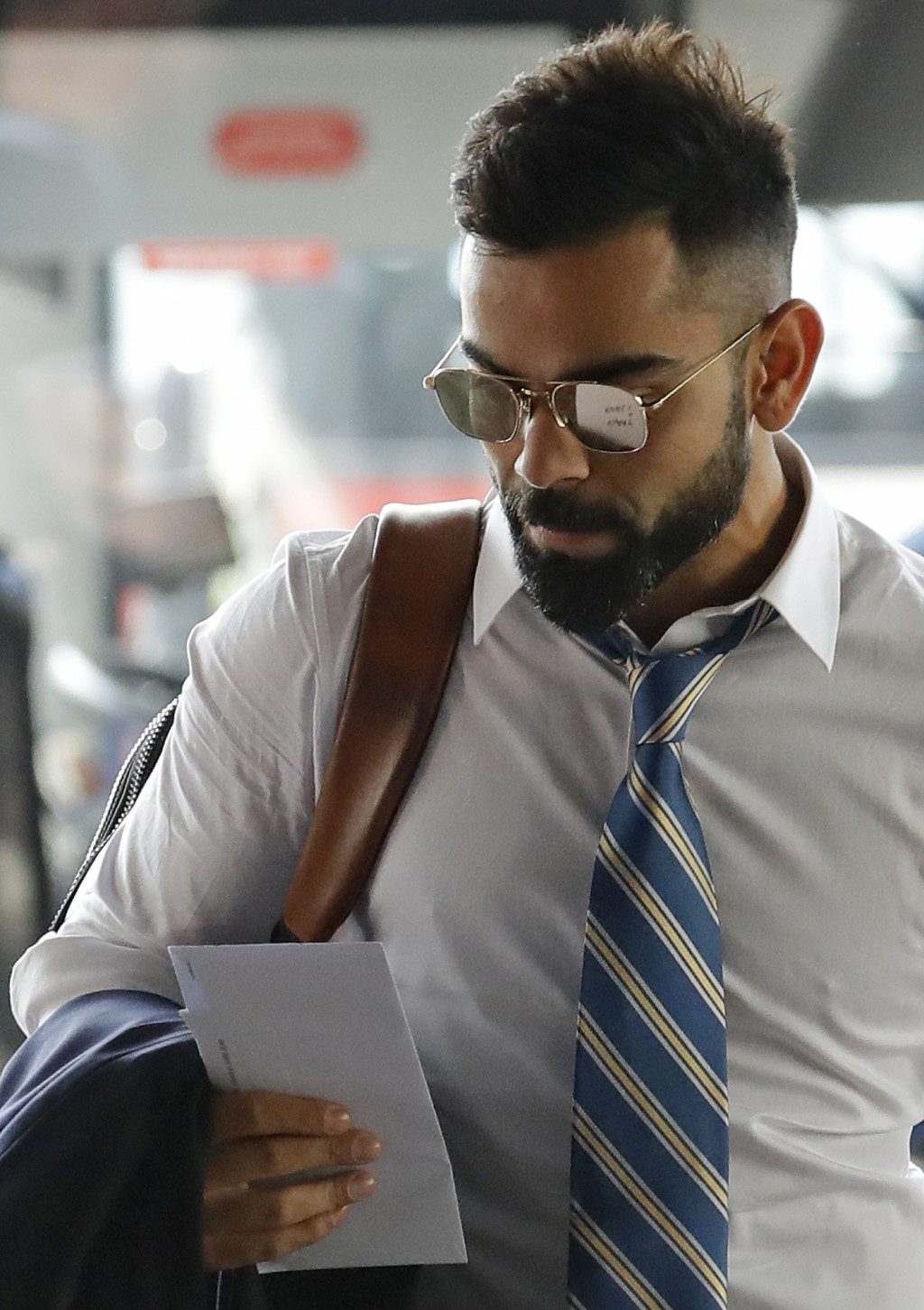 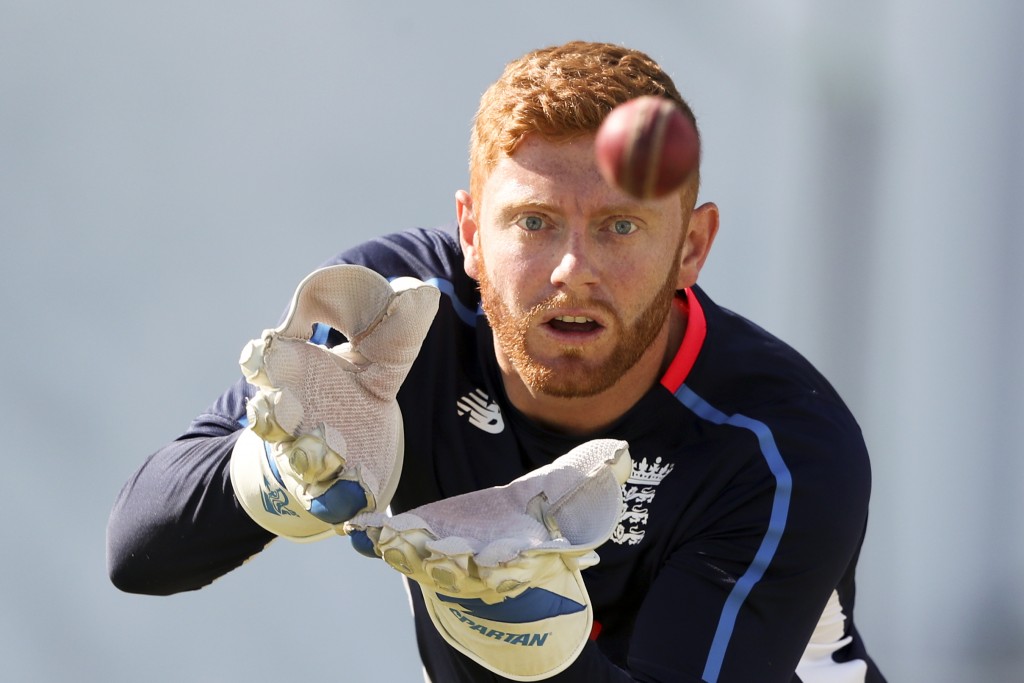 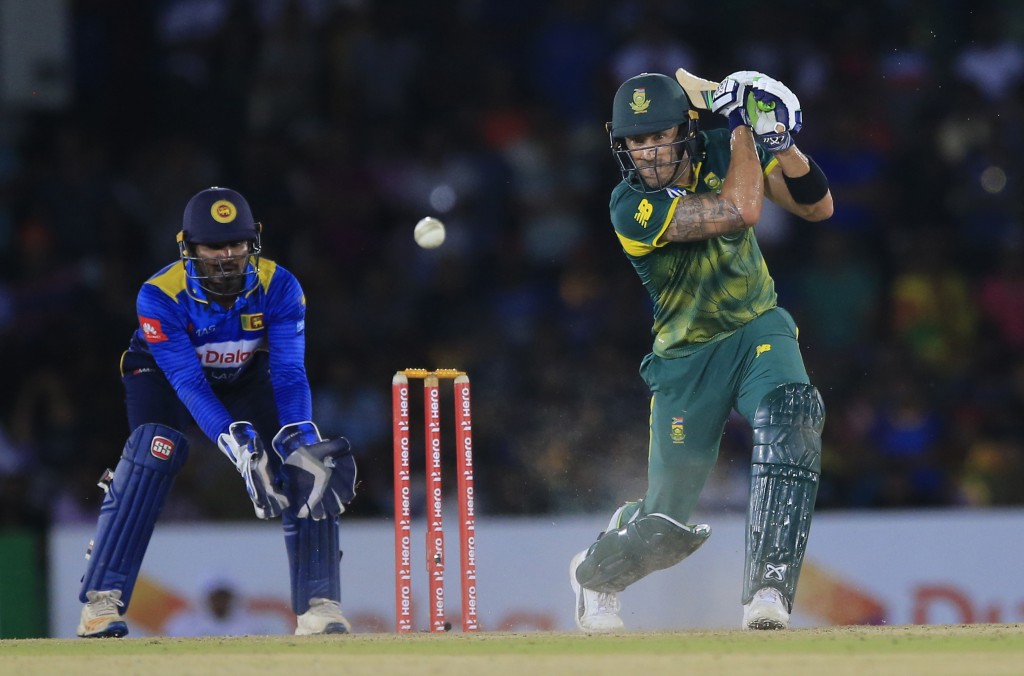 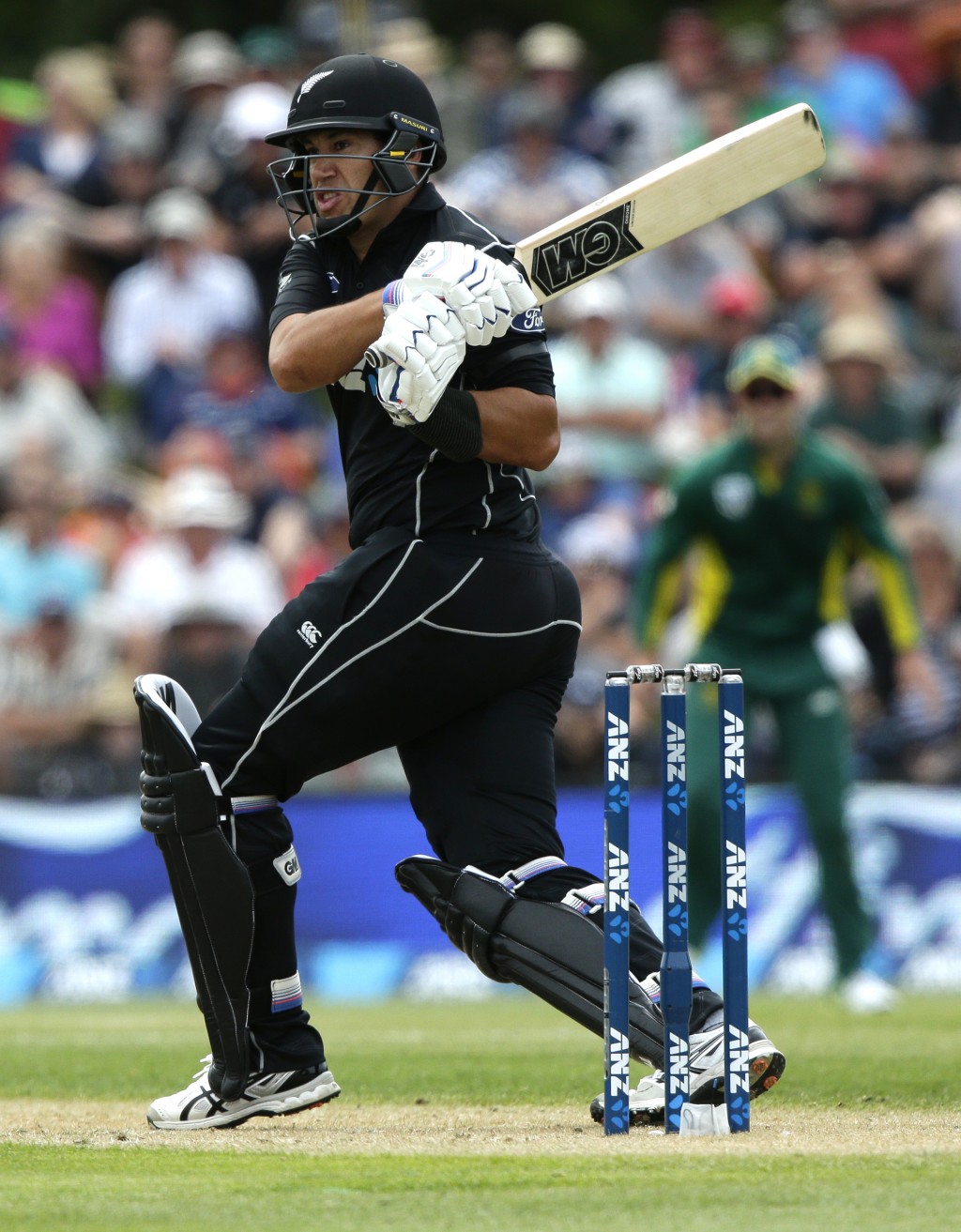 LONDON (AP) — A look at the 10 teams contesting the 2019 Cricket World Cup. All teams will play each other in a full-round format with the top four advancing to the semifinals.

Strengths: Australia regained the World Cup title on home soil in 2015 and has the best win-loss ratio of any team at the quadrennial tournament. Has increasing confidence coming into the tournament on an eight-game winning streak after rallying from 2-0 down for a 3-2 series win in India and sweeping Pakistan 5-0. Will have a strong top order with Finch and Usman Khawaja finding form and David Warner and Steve Smith returning from their 12-month bans to restore a wealth of experience and depth to the batting. Mitchell Starc has returned from injury to add some x-factor to the pace attack and lend the in-form Pat Cummins a hand. Varied spinning options with Adam Zampa and Nathan Lyon in the squad.

Weaknesses: Coming off a turbulent period while former captain Smith and vice-captain Warner were suspended for their roles in a ball-tampering controversy in a test match in South Africa. In the fallout, Australia has a new coach, new federation chairman and a new outlook on the game after going through a lengthy drought in the ODI format.

Strengths: A very strong batting lineup opening with Jason Roy and Jonny Bairstow and featuring Jos Buttler who are all determined to post big totals on the English grounds. Supremely confident at home, where England hasn't lost a bilateral ODI series since September 2015. Since then, England has had 27 wins, four losses and a tie on home soil and risen to No. 1 in the world rankings. The depth in the top order usually means if one batter misses out, another will make runs and set the foundation for a big total. Genuine allrounders such as wicketkeeper batsman Bairstow and Ben Stokes allow selectors to add cover wherever it may be needed in the lineup.

Weaknesses: Weight of history? Failed to reach the quarterfinals in the last World Cup and has never won the premier one-day cricket title despite reaching three World Cup finals. The pace bowling group has been performing but there has been some uncertainty over selections with Barbados-born speedster Jofra Archer recently added to the mix.

Strengths: Racing to big totals with Rohit Sharma and Shikhar Dhawan opening the innings and Kohli batting at No. 3, India is capable of beating any team on a good day. Has been at the top or close to the top of the rankings since the last World Cup and has a very balanced lineup, led by an in inspirational Kohli. India is the only team apart from Australia to win the Cricket World Cup title in 23 years. In Jasprit Bumrah leading the attack, India has the most in-form paceman in the world. Bhuvneshwar Kumar's swing will be crucial in conditions that should be ideal for movement through the air.

Weaknesses: The Indian players will have to adapt quickly to pitch and climatic conditions which will be vastly different from the dry turning tracks where they're so comfortable at home. Coming off

Strengths: At full tilt, South Africa's fast-bowling attack of Dale Steyn, Kagiso Rabada and Lungi Ngidi has a claim at being the best in the world. There's also a strong backbone of experience in the team with batsmen Hashim Amla, Faf du Plessis and JP Duminy and bowlers Steyn and Imran Tahir all playing at their third World Cup.

Weaknesses: The three frontline fast bowlers have all had injury concerns this year. Steyn and Rabada returned home early from the Indian Premier League; Steyn aggravated an old right shoulder problem and Rabada had back issues. Ngidi has only recently returned from a knee injury. South Africa's mental strength is always under scrutiny at the World Cup, where the Proteas have never made the final and had a series of dramatic failures since their debut in 1992 — the most prominent being a tied semifinal against Australia in 1999 that ended in an unnecessary run out and cost the Proteas a spot in the final.

Strengths: New Zealand, who may again wear the mantle of everyone's second-favorite team, have the components of a strong one-day side with explosive openers in Martin Guptill and Colin Munro and solid accumulators in Kane Williamson, Ross Taylor, Tom Latham and Henry Nicholls. They gain balance from a strong contingent of all rounders, and Trent Boult is among the best seamers in the world. Teamwork is guaranteed and, as with most New Zealand teams, this team's strength is greater than the sum of its parts.

Weaknesses: May be in the bowling department. Boult and Tim Southee are not quite the combination they were four years ago but Matt Henry brings experience in English conditions and Lockie Ferguson provides express pace. The area of concern may be the spinners, as Ish Sodhi and Mitchell Santner aren't big wicket-takers in ODIs. There are some question marks over the batting. If Guptill fails there are doubts the slower-scoring middle order can regularly propel New Zealand past 300, as will likely be necessary in English conditions.

Strengths: As much as the coach doesn't like it, the unpredictable tag usually suits the Pakistan team. A strong batting lineup can prosper if there's a positive start to the innings. Pakistan was ranked No. 8 two years ago when Sarfaraz Ahmed led the team to victory in the Champions Trophy final against hot favorite and archrival India. Pakistan reached the final the last time the World Cup was played in England, losing to Australia in the 1999 title decider.

Weaknesses: Pakistan has had run of losses leading into the tournament, swept 5-0 by Australia in a series it hosted in the United Arab Emirates before losing 4-0 in England. The drought necessitated some late changes to the squad to bring in experienced pacemen Mohammad Amir and Wahab Riaz. The bowling unit is far from settled and sloppy fielding has been a recent concern.

Strengths: Bangladesh reached the quarterfinals for the first time in 2015 and has some notable wins to its credit in the elite tournament, including its first in the World Cup over eventual finalist Pakistan in 1999. It also had wins over India and South Africa in 2007 and wins over England in 2011 and '15. Just like his team, Shakib Al-Hasan has the ability to peak in the big tournaments and the performance of the No. 1-ranked ODI allrounder will be important for Bangladesh's long shot of reaching the semifinals. Got a boost with a win over the West Indies in a tune-up tournament in Ireland.

Weaknesses: Absence of an out-and-out quick and a lack of depth in the seam bowling department may be costly and put more pressure on Shakib and the spinners.

Strengths: Individual efforts from the likes of veteran left-hander Gayle, who will be playing his fifth World Cup and has an unquestioned ability with the bat, represent the best hopes for a West Indies squad which has struggled for consistency. The 39-year-old Gayle, a former West Indies captain, came out of international retirement in 2017 and plans to sign off fully after the tournament in England, where he will be deputy to Holder. He has played 26 World Cup games and averages a touch over 37, with a highest score of 215 against Zimbabwe in 2015. He posted two centuries and two half centuries in February and March in four matches against England in the Caribbean in a series that gave the West Indies a confidence boost ahead of the World Cup.

Weaknesses: A lack of consistency and cohesion continues to hinder the winners of the first two tournaments, and it has been particularly true in the one-day format. Had two wins and a loss in a series at home against England earlier this year but has lost six of its last seven ODIs against Bangladesh and had two defeats to Afghanistan in the World Cup qualifying series in Zimbabwe.

Strengths: Sri Lanka has some World Cup pedigree and a tradition of pushing the limits, having won the title in 1996 and reached two other finals, including when the tournament was last held in Asia in 2011. Needs experienced players such as allrounder Angelo Mathews and fast bowler Lasith Malinga — who took four wickets with four consecutive deliveries at the 2007 World Cup — to fire or will have very little chance of beating any of the serious title contenders.

Weaknesses: Off-field issues have led to Sri Lanka cycling through 10 captains across the various formats before settling on Karunaratne to lead the team to the World Cup. A major distraction has been the suspensions of several players and board officials, including World Cup winner Sanath Jayasuriya, for not co-operating with International Cricket Council's anti-corruption investigators. Lost all but one of 14 ODIs leading up to a win over Scotland earlier this month.

Strengths: Has two of the top three allrounders in the ICC's ODI rankings in Rashid Khan and Mohammad Nabi. Has a strong spin bowling attack — Rashid is also No. 3 in the ODI bowler rankings — that will have to quickly adapt to the relatively small boundaries in England in conditions that tend to favor the swing bowlers. Had a morale-boosting victory over West Indies to win the qualifying series for the 9th and 10th spots at the World Cup. Beat Bangladesh and Sri Lanka and tied a game against India at last year's Asian Cup.

Weaknesses: Lack of depth and experience at the highest level, particularly in the batting lineup, and working under a new captain after Naib was surprisingly picked as skipper for the tournament at the expense of Asghar Afghan, who led the team into full membership status of the ICC, to its qualifying series win and its first test victory. Afghanistan's only win at a World Cup to date was against Scotland at Dunedin four years ago, but this time there's no so-called Associate member countries at the tournament and the Afghans are the lowest ranked of the 10 teams in the tournament. Coming off a loss to Ireland in a warmup series and facing five-time champion Australia in their first game of the tournament.