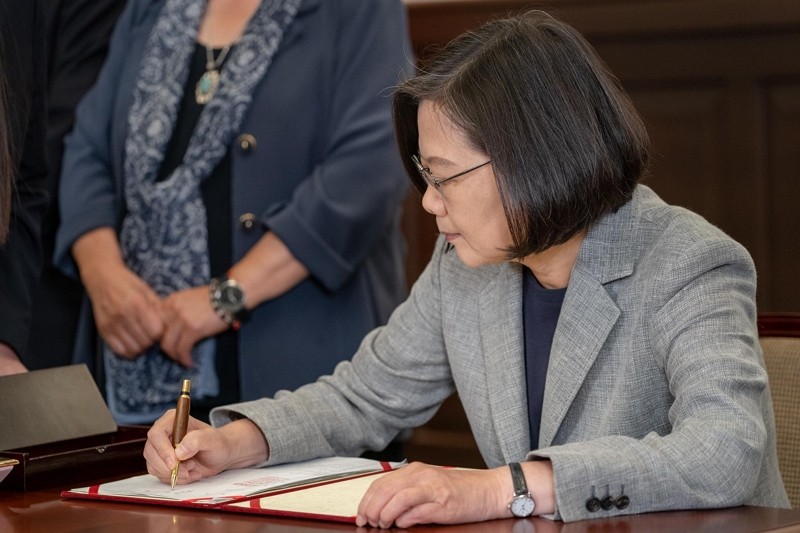 The association posted a photograph on its Facebook page on Thursday (May 23) showing the pen. Along with the photo of the gift pen was a note written by Tsai, thanking Chi for his contribution to gay rights and marriage equality in Taiwan.

Chi, 60 years old, is a high-profile gay rights activist in Taiwan. He attempted but failed to apply for marriage registration in 1986, which marked the beginning of his efforts in the fight for marriage equality.

His hard work finally bore fruit in 2017, when the Constitutional Court ruled it was a constitutional right to equality, and freedom of marriage guaranteed same-sex couples the right to marry. “I signed the Enforcement Act of Judicial Yuan Interpretation No. 748 with this pen,” wrote Tsai on the note. “May love unite all who call this land home.”

Chi will witness the marriage of same-sex couples at the Hsinyi District registrar’s office on Friday (May 24). He will use the pen to sign his name on marriage registration documents for newlyweds, according to the association.

Taiwan Tongzhi (LGBT) Hotline Association (台灣同志諮詢熱線協會) was founded in 1998 and is the oldest and largest LGBT organization in Taiwan. It promotes equal rights for LGBT communities through dialogue and outreach programs.