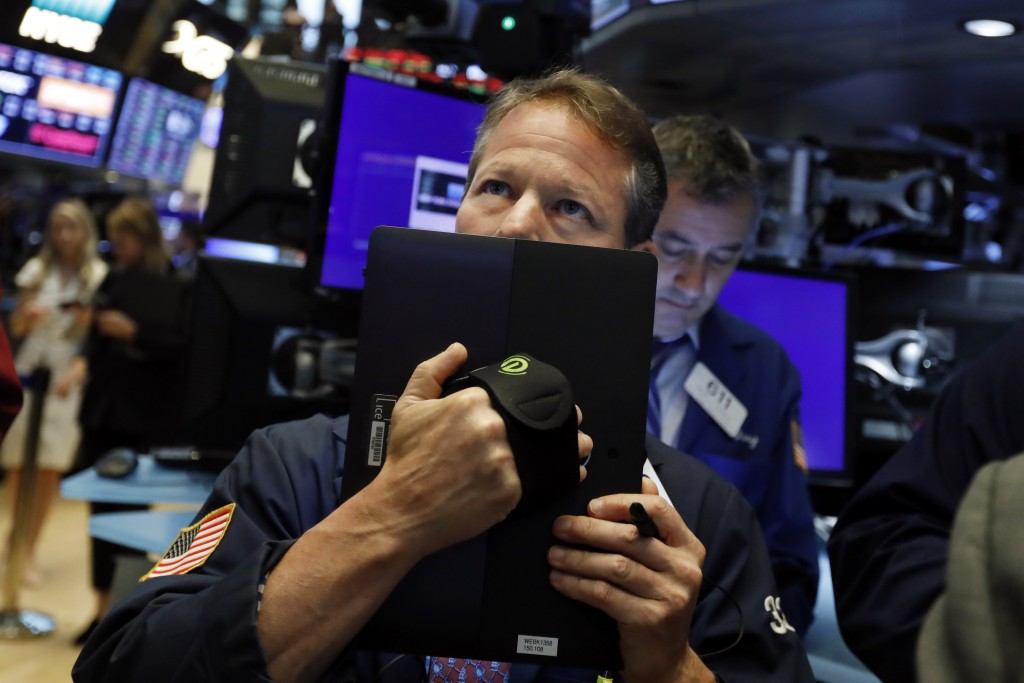 NEW YORK (AP) — Stocks tumbled Thursday on Wall Street as investors' anxiety over the U.S. trade spat with China increased and put the market on track for its third straight week of losses.

The Dow Jones Industrial Average fell as much as 400 points. Every sector in the S&P 500 index fell except for utilities. Investors sought safety in the bond market and the yield on the 10-year Treasury dropped to 2.33 percent, the lowest level in more than a year.

The market has been highly volatile this month as the U.S. and China escalate their dispute over trade. The two sides have broken off negotiations and appear set for long standoff. Investors are concerned a prolonged trade war could hurt the U.S. economy and corporate profits. The broad S&P 500 index is on pace for its worst month of 2019.

Trade-sensitive technology stocks again led the losses. Many tech companies do significant business with China and this week face the additional headwind of proposed restrictions on technology sales to Chinese companies by the Trump administration. Apple fell 2.1% and Microsoft fell 1.2%. Chipmakers, including Intel, Broadcom and Nvidia, all fell broadly.

Investors fled to safer holdings. Utilities were the only companies making gains. The sector is considered less of an investment risk and more money gets shifted into those stocks when people are concerned about volatility and a slowdown in economic growth.

The U.S. and China concluded their 11th round of trade talks earlier this month with no agreement. Instead, the U.S. moved to increase tariffs on Chinese goods, prompting China to do the same. The trade dispute escalated further after the U.S. proposed restrictions on technology sales to China, though it has temporarily backed off.

China is looking for ways to retaliate and has reached out for support from Russia and its neighbors in Asia. Both the U.S. and China have made overtures about continuing trade talks, but none are scheduled.

BRAZIL CALLING: Avon shares soared 9.3% after Brazilian cosmetics maker Natura announced that it is buying the beauty products company for $3.7 billion in stock.