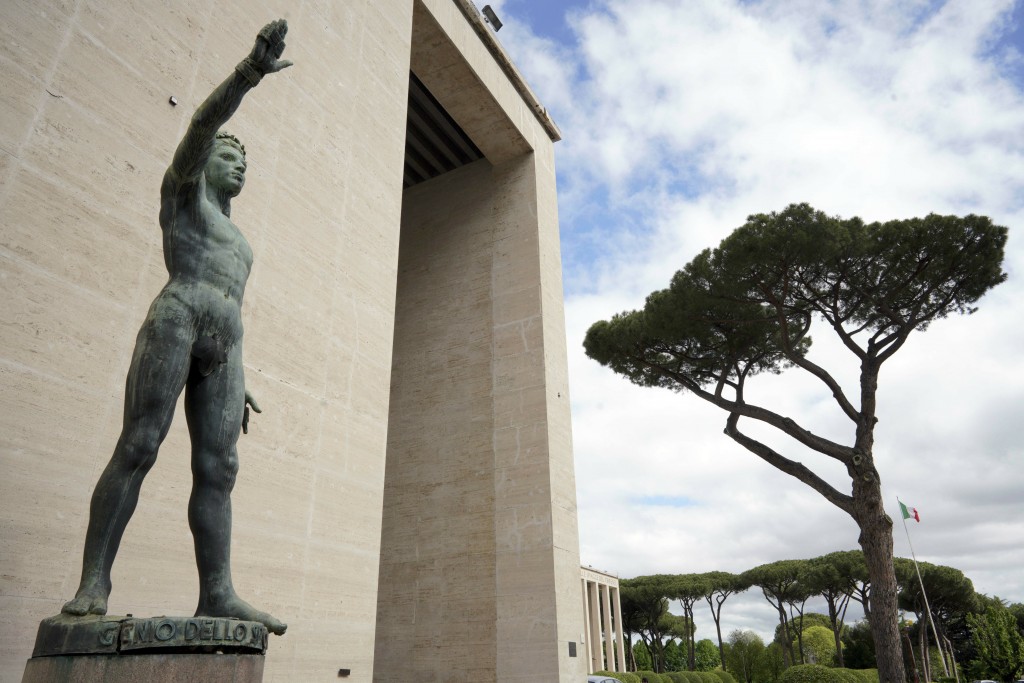 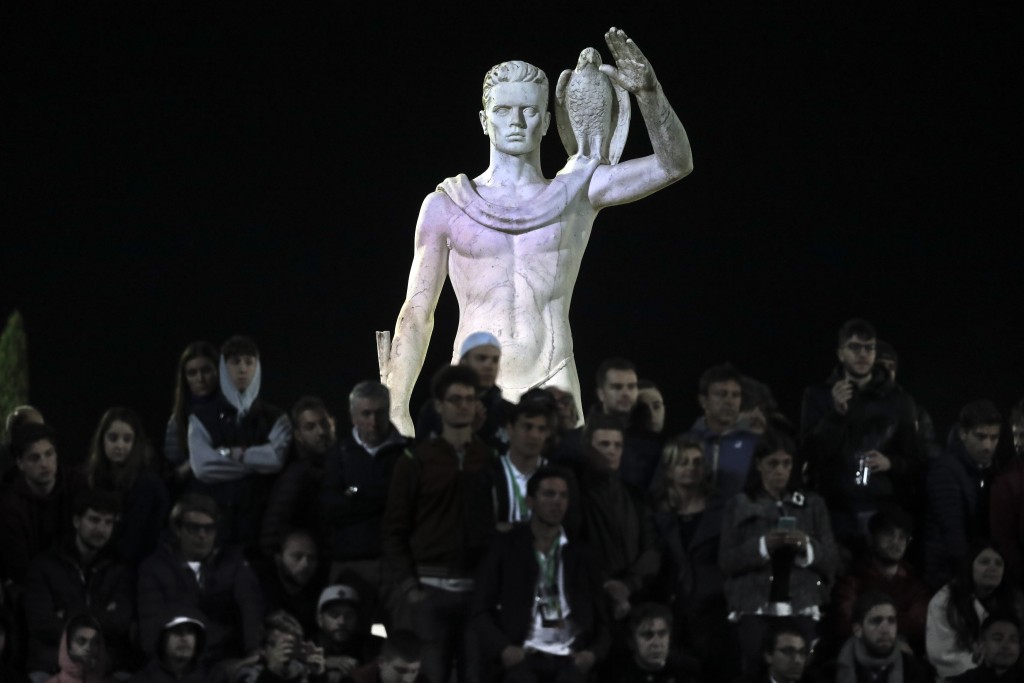 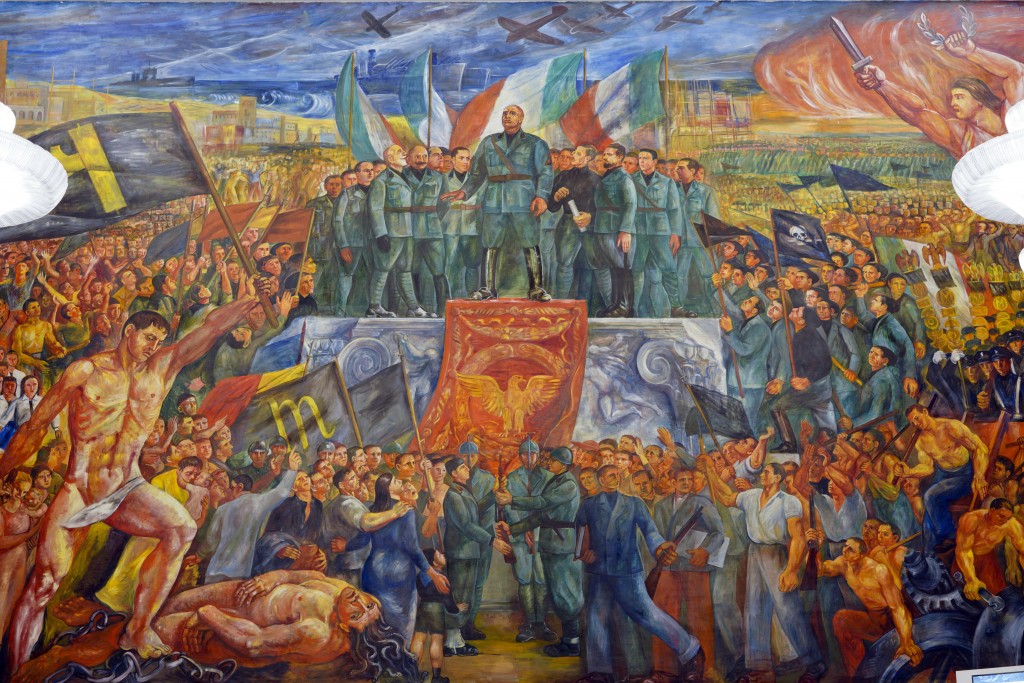 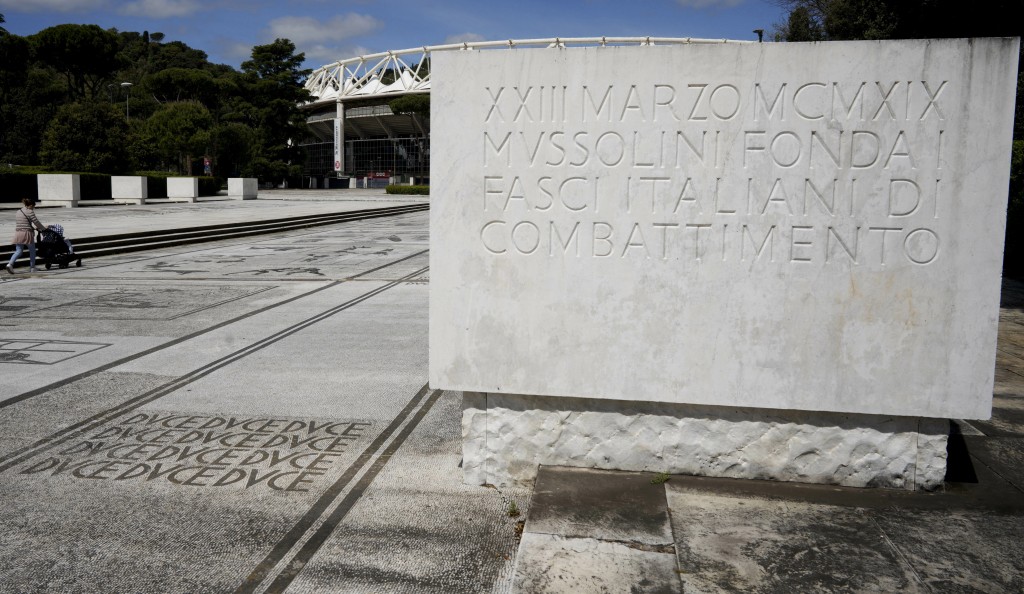 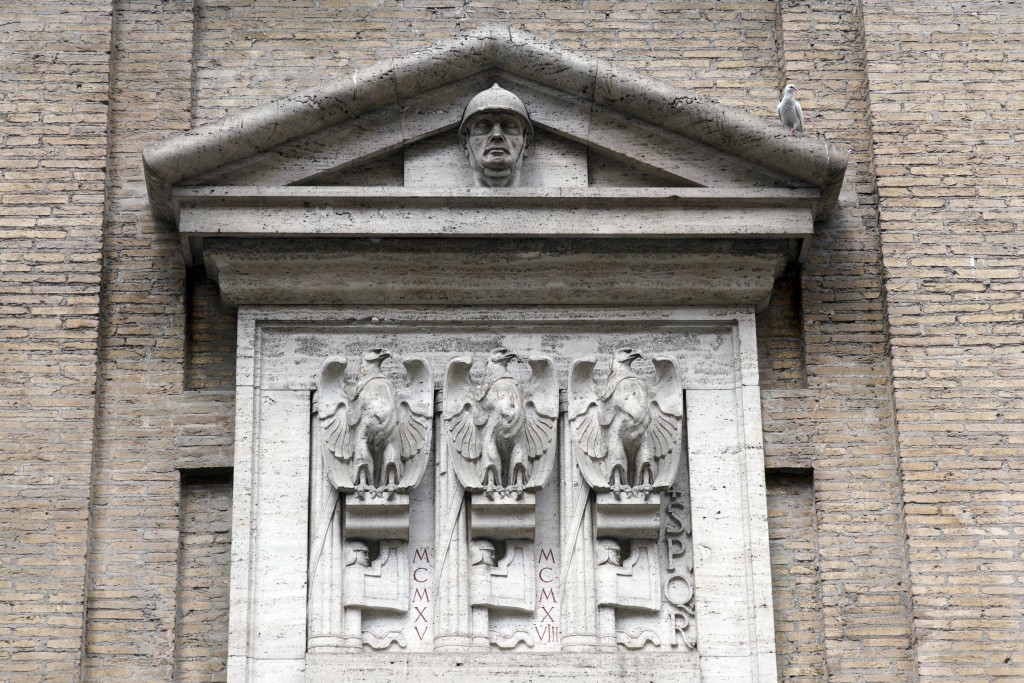 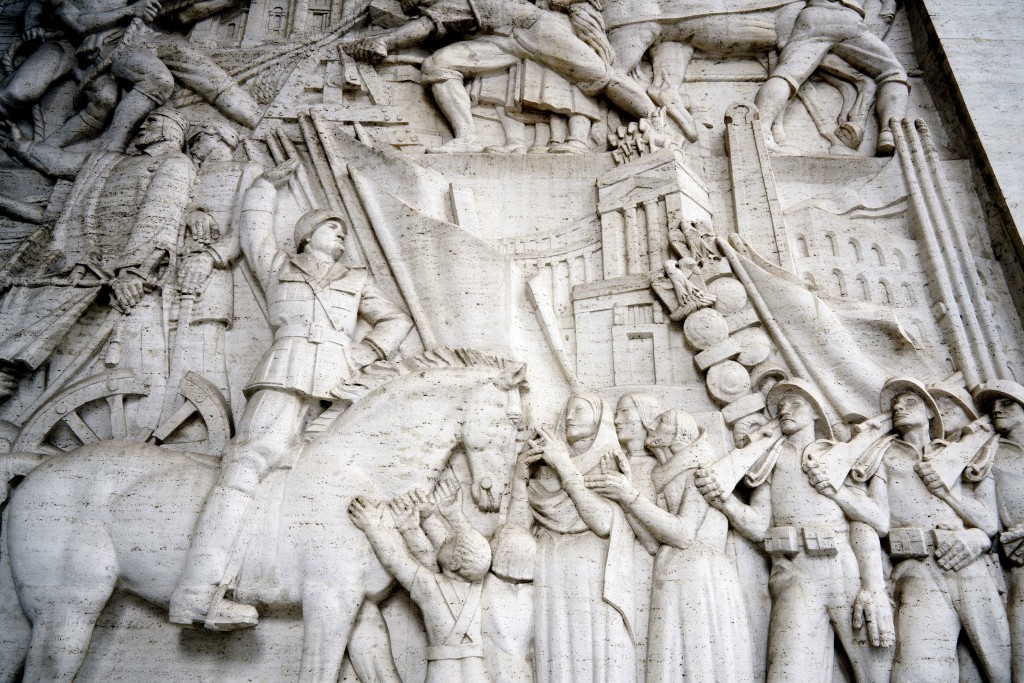 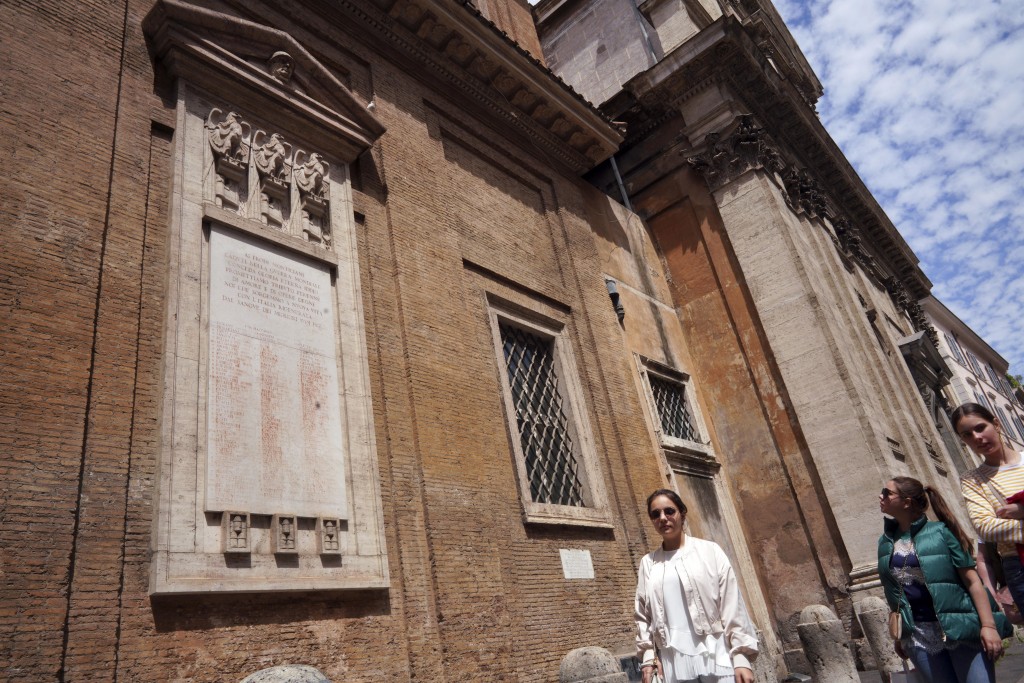 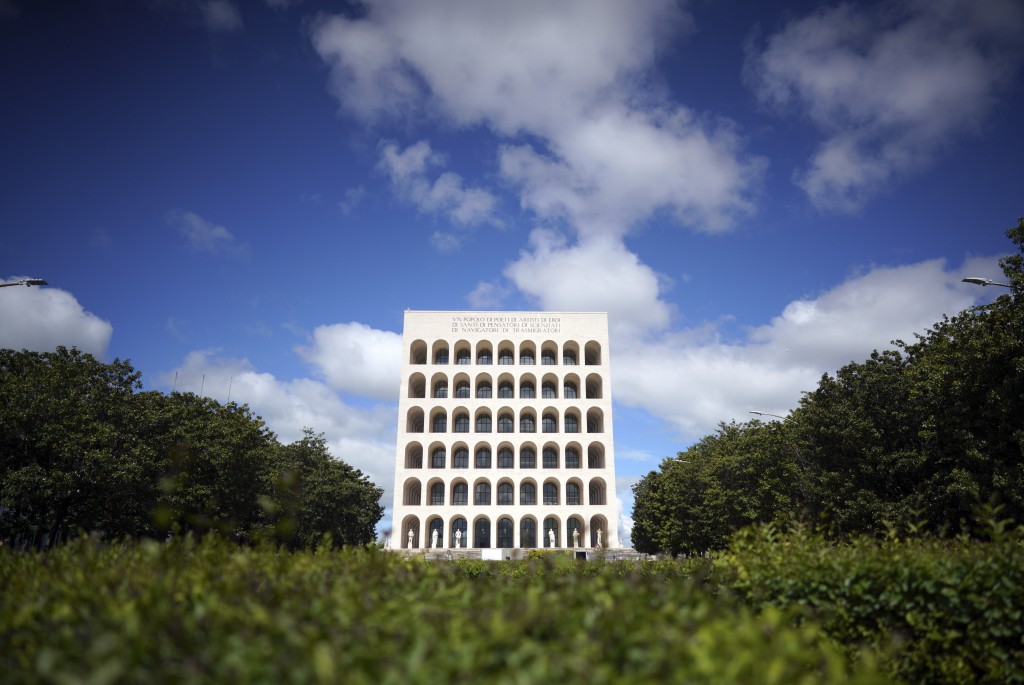 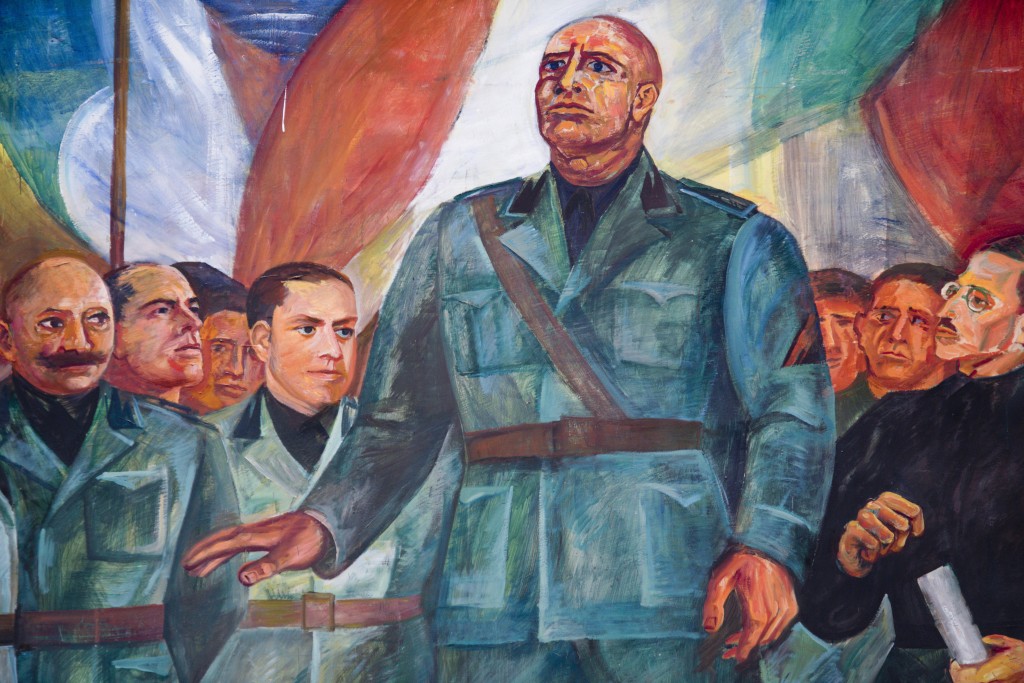 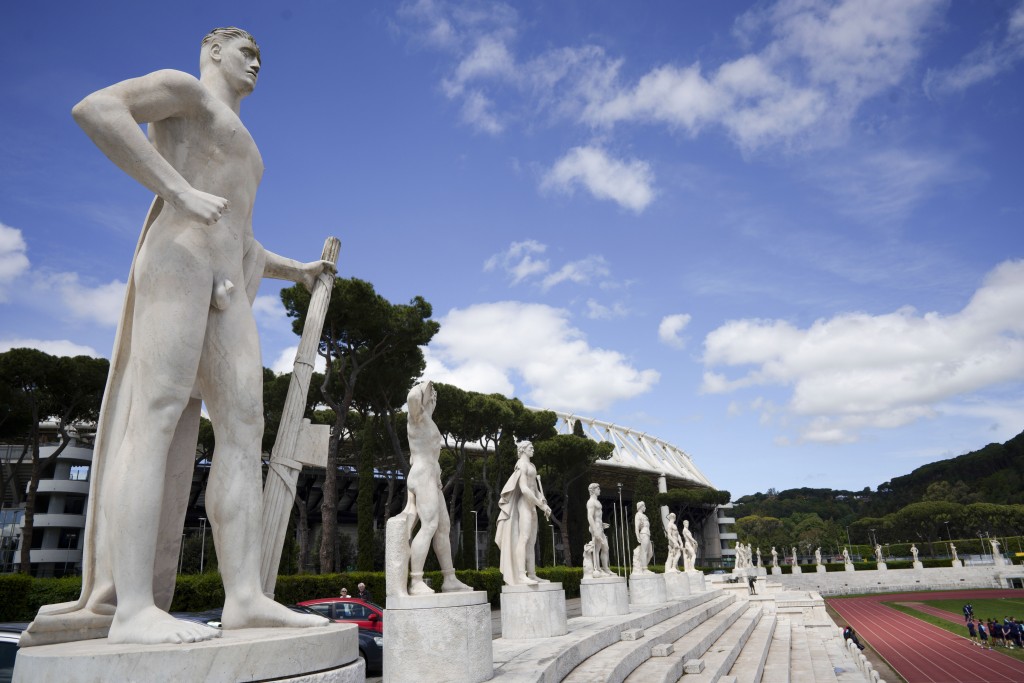 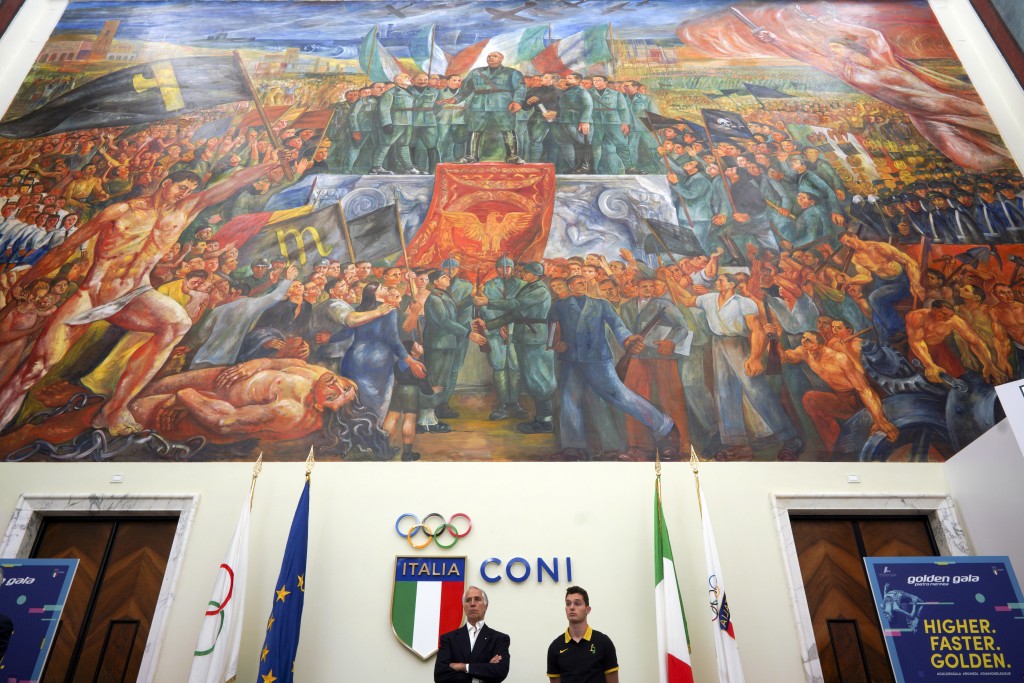 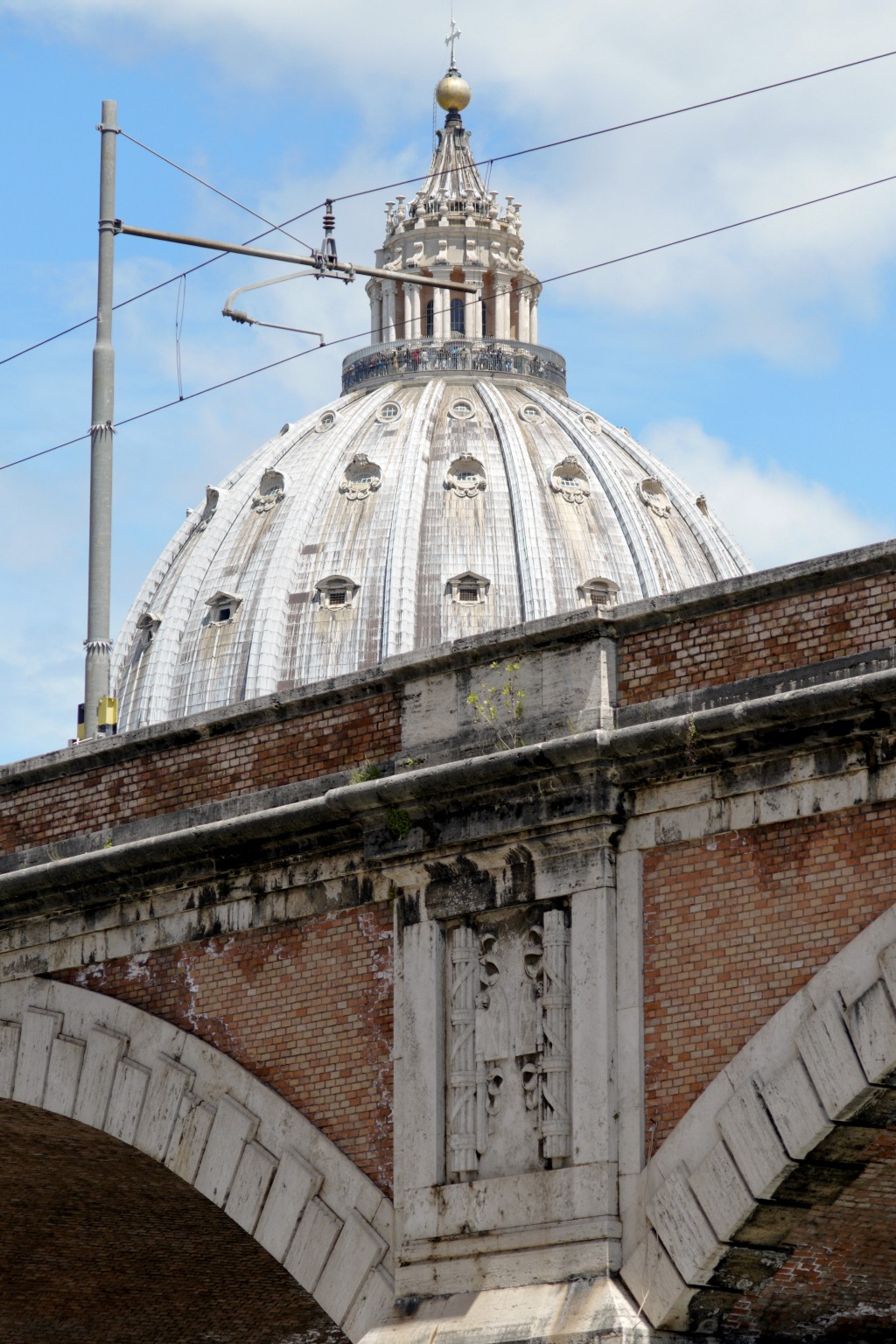 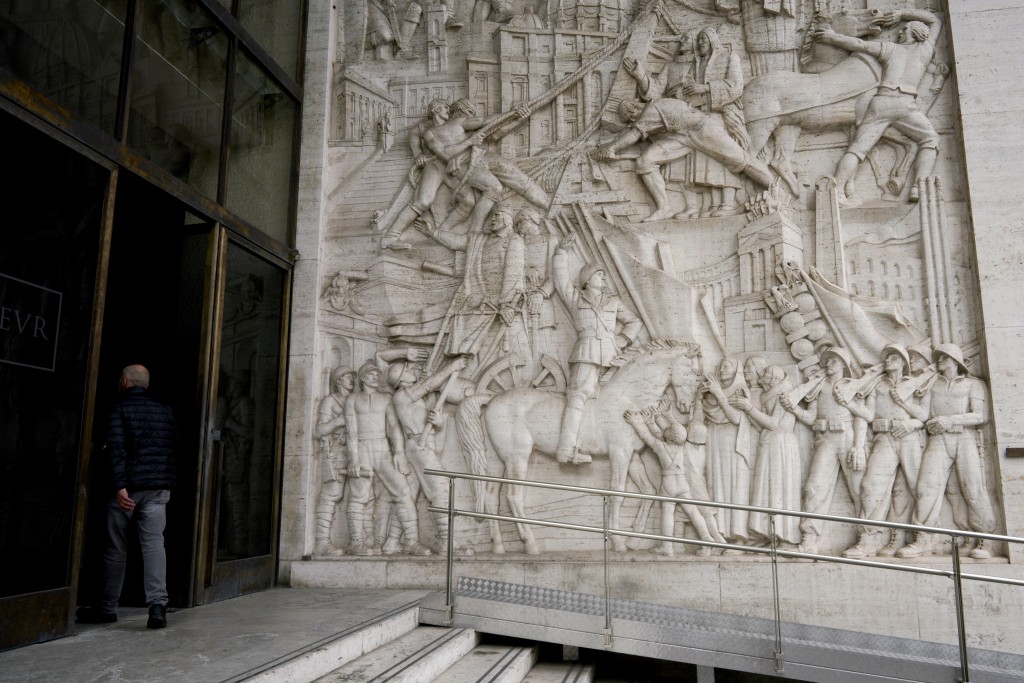 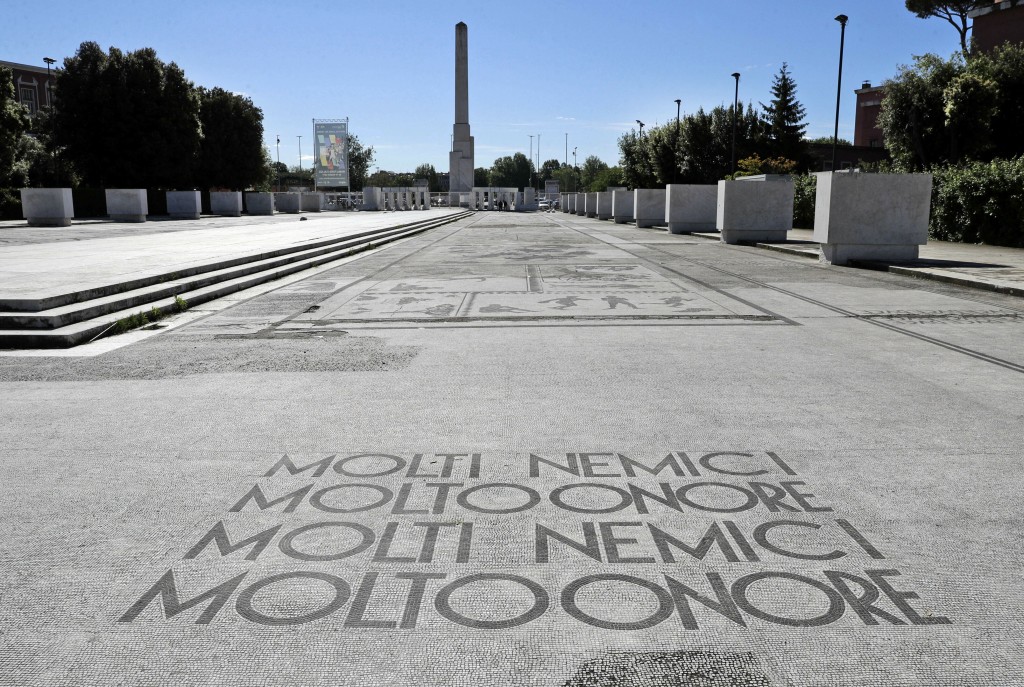 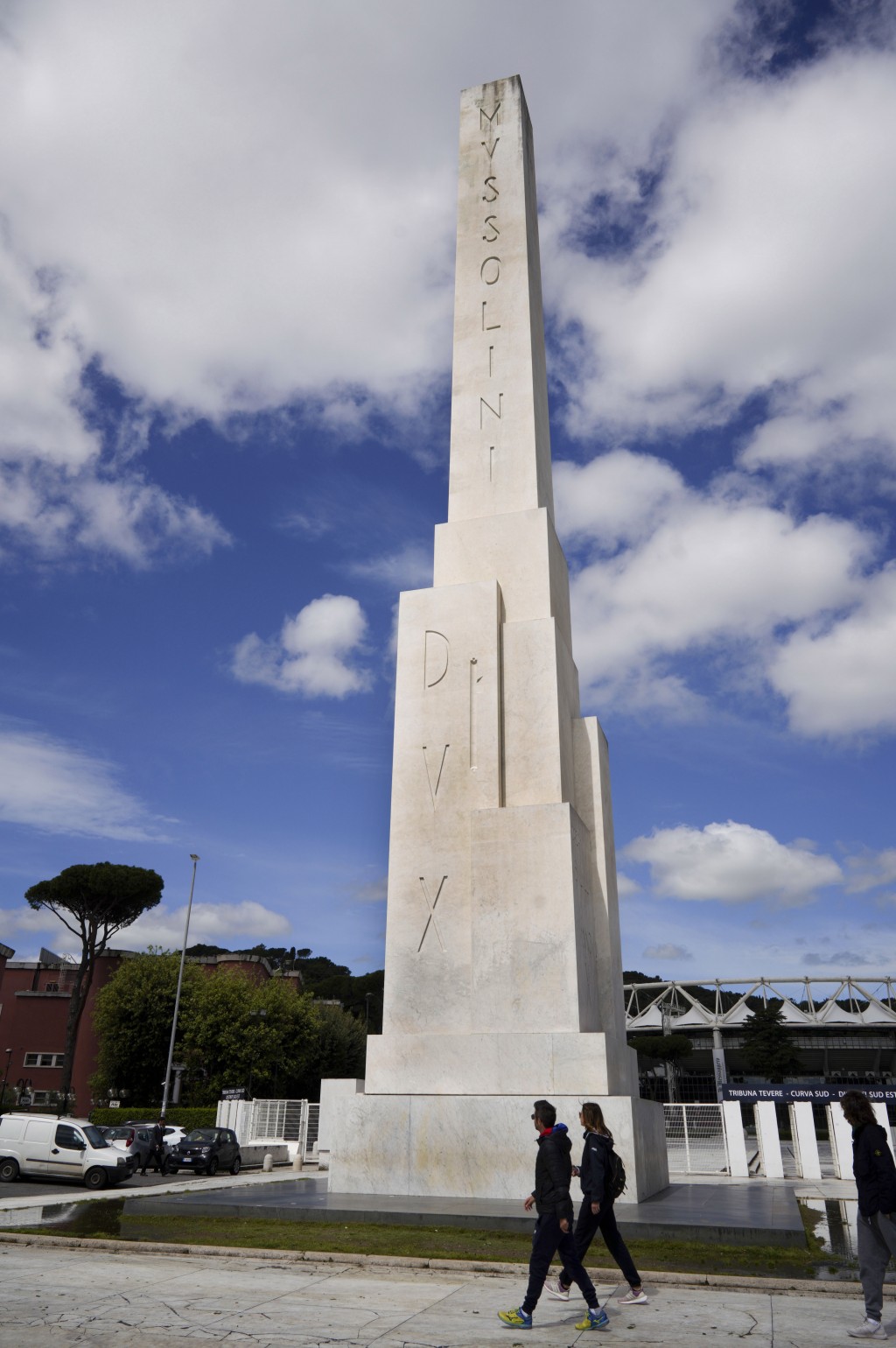 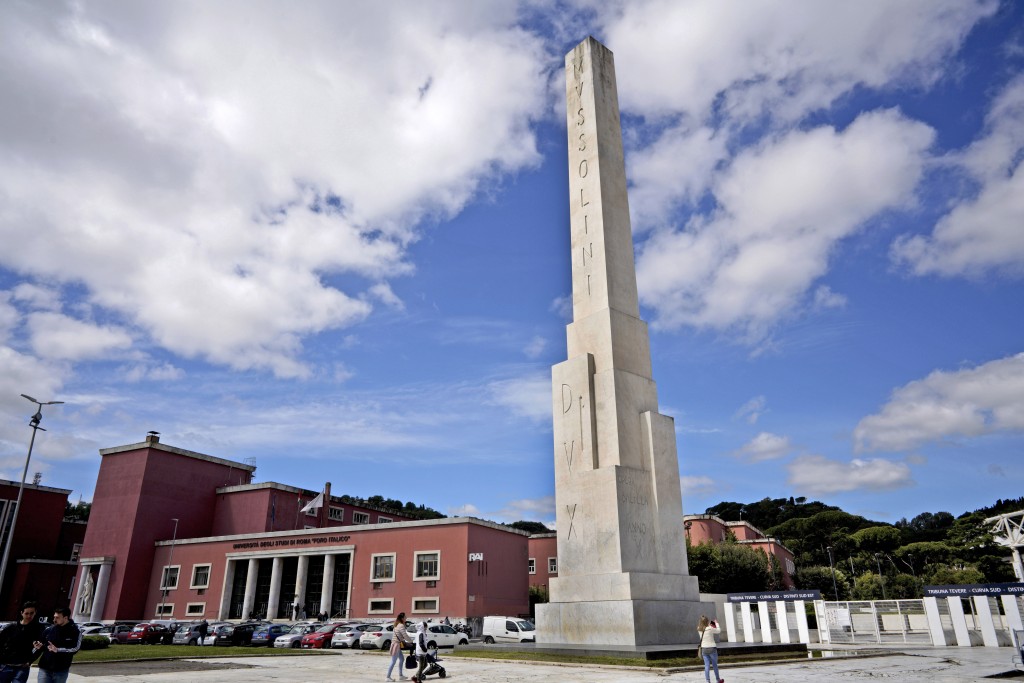 Many monuments and symbols glorifying Mussolini's two-decade rule were removed following the war, but a surprising number remain in plain view in Rome, reflecting Italy's complicated relationship with its 20th century history .

The Foro Italico sports complex on the western bank of the river Tiber is one of the most striking examples of fascist architecture, with statues carrying fasces — an ancient Roman symbol adopted by Mussolini — pavement mosaics paying homage to the fascist dictator and a marble obelisk that bears his name. In the nearby headquarters of the Italian Olympic Committee, news conferences are still held in front of a mural showing Mussolini on a pedestal addressing a crowd.

Mussolini transformed Rome's urban landscape with grand construction projects like EUR, a new city district that was originally designed as celebration of fascism for a world fair in 1942. The fair was canceled due to WWII and construction was halted but resumed after the war.

The most prominent building in the district is known as the "Square Colosseum," a marble-clad palazzo engraved with a quote from Mussolini's 1935 speech announcing the invasion of Ethiopia. Another building features a marble bas-relief from 1940 showing Mussolini on a horse, giving the fascist salute.