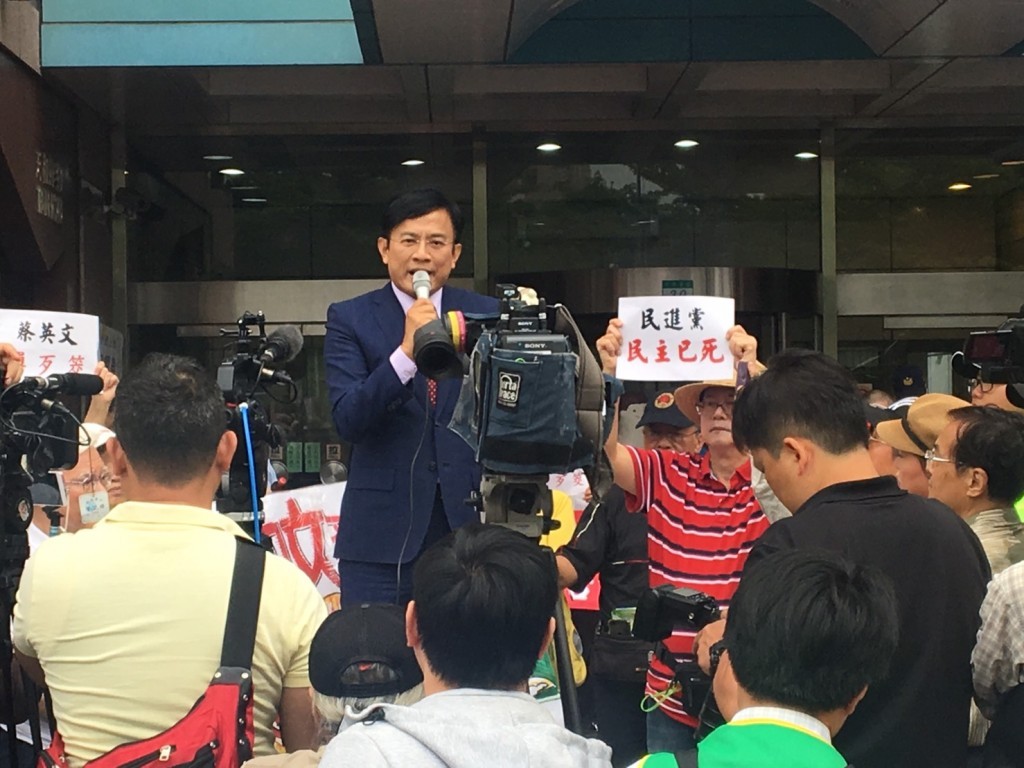 TAIPEI (Taiwan News) – As protesters gathered outside the Democratic Progressive Party (DPP) headquarters on Wednesday (May 22) to demand a fair primary, the former host of Formosa TV talk show “Jeng Chin on FTV53" (政經看民視), Dennis Peng (彭文正) also showed up to call for a fair and just primary elections.

Peng said it was sad to see the party isolate itself by having guards and police at the door. “What gave (President) Tsai Ing-wen (蔡英文) the right to ruin the efforts of past generations that built up Taiwan’s democracy?”

Peng referred to Tsai’s demand for mediation as a failure to live up to the spirit of democracy. He also accused the Central Executive Committee and Tsai of dissipating “Taiwan’s dignity,” and added they will never be able to repay the people “in 10 lives.”

“Is it that difficult to hold a transparent, fair, and democratic primary?” Peng loudly asked during the protest. “Why is it so difficult for Tsai and Chen Chu (陳菊) not to cheat?”

Peng, when he hosted the TV show Jeng Chin on FTV53, insinuated that Chen Chu pressured Formosa TV’s leadership to shut down the show. Not long after, the show was canceled.