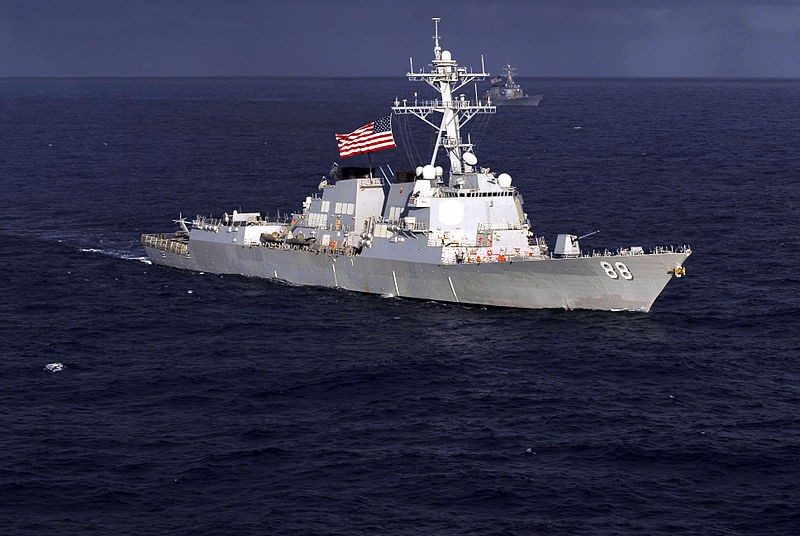 The MND issued a statement Thursday morning (May 23) saying that it monitored the ships as they followed a standard course and nothing out of the ordinary occurred. This already marks the fifth time U.S. warships have transited through the Taiwan Strait this year.

A U.S. military spokesman told Reuters that the two ships on the voyage were the Arleigh Burke-class destroyer USS Preble (DDG-88) and the Navy oil tanker the USNS Walter S. Diehl. In a statement, Commander Clay Doss, a spokesman for the U.S. Navy’s Seventh Fleet said, "The ships' transit through the Taiwan Strait demonstrates the U.S. commitment to a free and open Indo-Pacific."

The MND said that the U.S. warships can navigate freely through the Taiwan Strait, and in accordance with regulations, the military uses Joint Intelligence, Surveillance and Reconnaissance (JISR) to closely monitor the sea and air space around Taiwan to safeguard regional peace and stability. The MND sought to reassure the public that there were no anomalies during this period.

The voyage demonstrates continued support by the Trump administration of Taiwan as tensions rise between China and the U.S. over the trade war.

This is the fifth such transit of U.S. warships through the Taiwan Strait this year and the eighth since July of 2018.