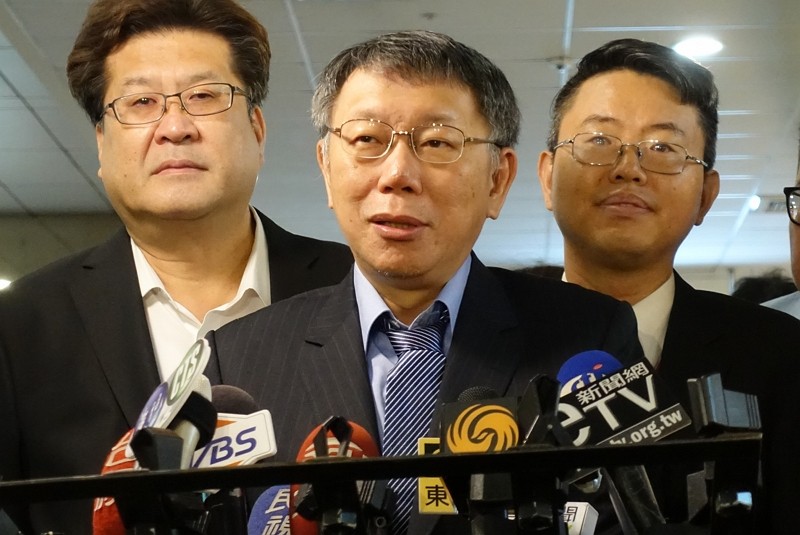 Ko spoke to reporters at the airport before boarding an EVA Air flight. He said he was invited to the Taiwan-Japan Tourism Forum in Japan by Frank Hsieh (謝長廷), Taiwan’s representative to Japan.

He will meet with several Japanese politicians in private, including Tokyo Governor Yuriko Koike (小池百合子) and Nobuo Kishi (岸信夫), a Japanese Diet member, who is also the younger brother of Japan’s Prime Minister Shinzo Abe (安倍晉三).

Ko said Taiwan and Japan share many similarities culturally and geographically. He hopes to learn more about Japan’s policies on tourism and energy.

“We must try to attract more Japanese visitors,” said Ko.

Ko also plans to visit Dengenkaihatsu Isogokaryoku Power Station (磯子火力發電廠) at Yokohama (橫濱), as well as Fukushima (福島), where a tsunami caused by the Great East Japan Earthquake in 2011 led to a nuclear accident.

Like Taiwan, Japan depends heavily on imported energy and is prone to typhoons and earthquakes, said Ko. Taiwan could learn from Japan’s energy policies and its experience in disaster prevention and emergency management.

Asked if the private meetings with Japanese politicians are part of his agenda of running for president, Ko said the meetings were all arranged by his Japanese hosts according to their own diplomatic procedures.