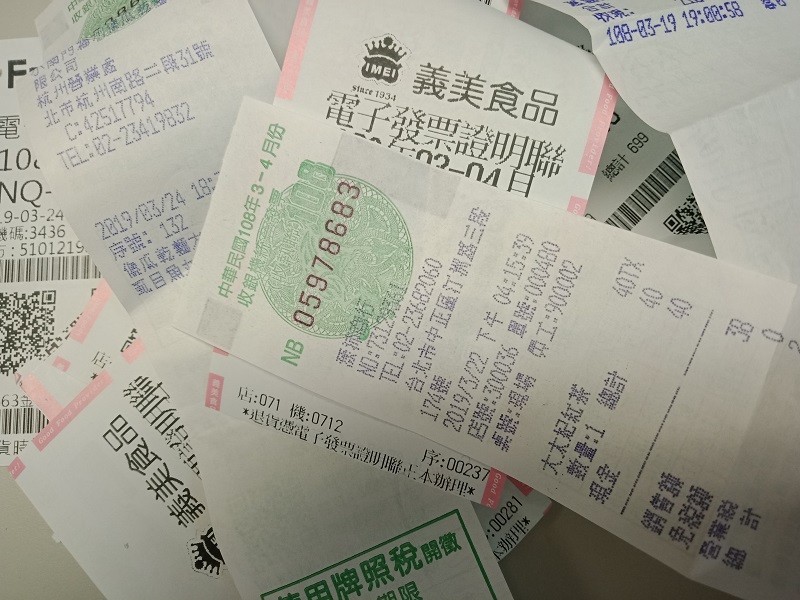 TAIPEI (Taiwan News) -- Five Taiwan receipt lottery tickets from the January-February draw worth NT$10 million (US$317,000) each have yet to be claimed, while three winners of the NT$2 million prize have yet to come forward as well, announced the Ministry of Finance on Wednesday (May 22).

Of the five winners who have yet to claim the Special Prize, the one who spent the least was a person who purchased three boxed meals and a plastic bag at Taiwan Railway's boxed meal shop at Taipei Main Station for NT$241, according to MOF. Another winner in Taipei was a person who spent NT$470 on milk tea, tobacco and gaming points at a 7-Eleven in Shilin District.

There were two winners in Kaohsiung, including a shopper who spent NT$290 for clothing at an online vendor based in Kaohsiung's Sanmin District. The second winner in Kaohsiung purchased NT$1,980 worth of food and household items on a TV shopping channel based in Xinxing District.

The fifth winner spent NT$2,496 on clothing at A.mart in Taichung's South District.

Of the three winners of the Grand Prize who have yet to pick up their winnings, the one who spent the least was a person who bought bread for NT$142 at a bakery in Yunlin County's Dounan Township. Another winner was a driver who spent NT$172 on gasoline at a CPC Corp. gas station Taichung's West District.

The sole remaining winner of the Grand Prize who has yet to claim their award in Taipei spent NT$241 on vegetables and bananas at the Wellcome supermarket in Shilin District.