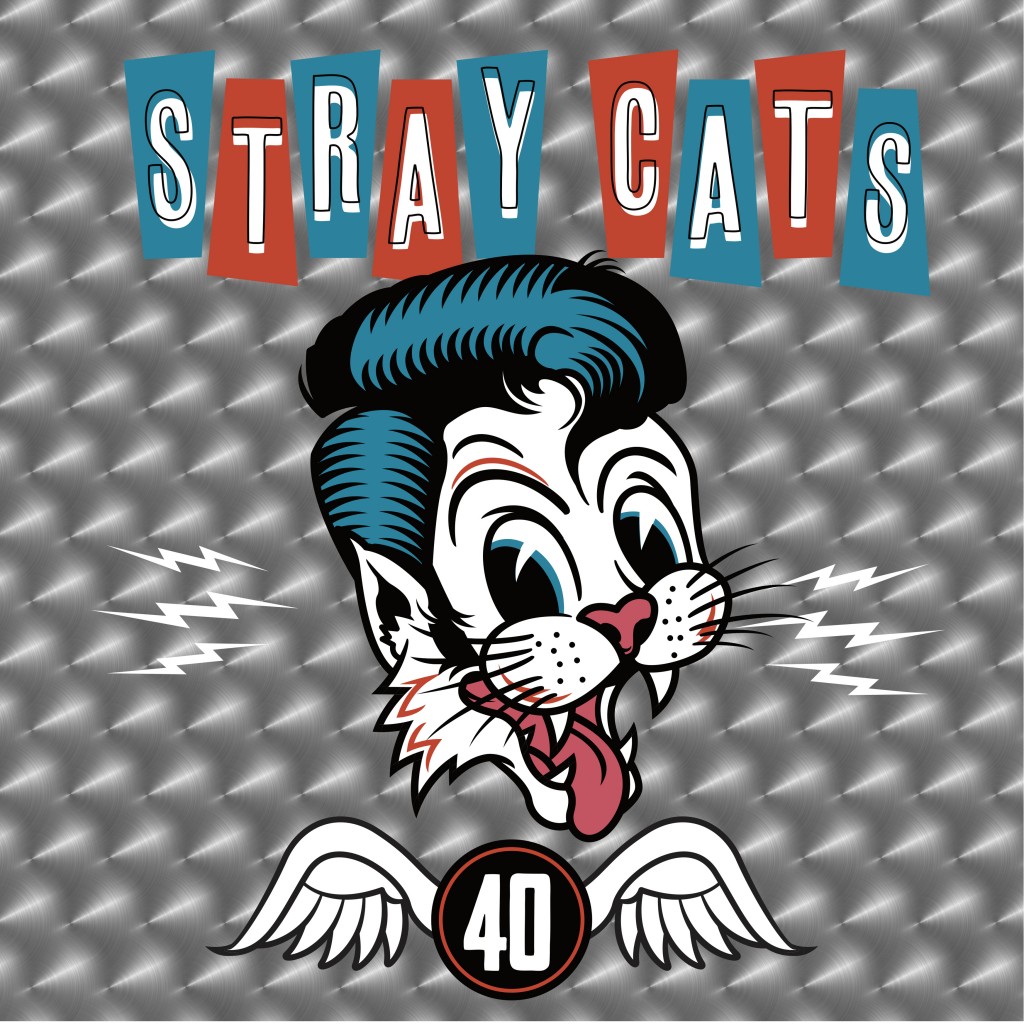 After 26 years, the Stray Cats are back with a new album. And the seasoned felines are in mostly fine form.

The boys who brought rockabilly back into the mainstream in the 1980s haven't lost a spare snare. The simple, elegant rhythm section of drummer Slim Jim Phantom and bassist Lee Rocker remains, providing a solid foundation for guitarist-singer Brian Setzer. Setzer's guitar still shimmies and sways and the voice is still there — though understandably a little huskier as time marches on.

No doubt, they've got the throwback sound down on "40," named to celebrate their anniversary. Fans looking for a good time will find it, including on the lead-off "Cat Fight (Over A Dog Like Me)." Like the Cats classic "Rock This Town," there's dancing, drinking and fighting. Well, this time it's mostly fighting — two women tussling over the affections of the narrator, the aforementioned "dog like me." The music rocks so joyously, you can deal with the tomcat-foolery.

Another highlight, "Cry Danger," offers a tight musical groove and inverts the Beatles' "Day Tripper" riff. Coupled with a boppin' bass and tambourine shake, you've got an original that's a worthy callback to the 1965 hit by another rockabilly-besotted band.

So, if "40" rocks 'n' rolls, then what's lacking? Something that Setzer and Co. have also done so well: craft enduring, memorable melodies. Go back and listen to "Stray Cat Strut," which, for all its goofiness (meee-ow!), contains one of the best bridges in all of pop music. There's also "I Won't Stand In Your Way," a gem in both its full band and a cappella versions.

One new song delivers the melodic goods: "Desperado" shines with soaring, aching musical lines from Setzer. Yet those come from his guitar, not voice, in this instrumental. That's no knock against it, but you can almost hear him singing with his guitar and wonder what it would have been like with words.

Bottom line? The Stray Cats can slink down the alley any way they choose. And this collection shows they've still got some life (lives?) left. Still, it feels like a bit of a missed melodic opportunity when you know what else this trio can do.