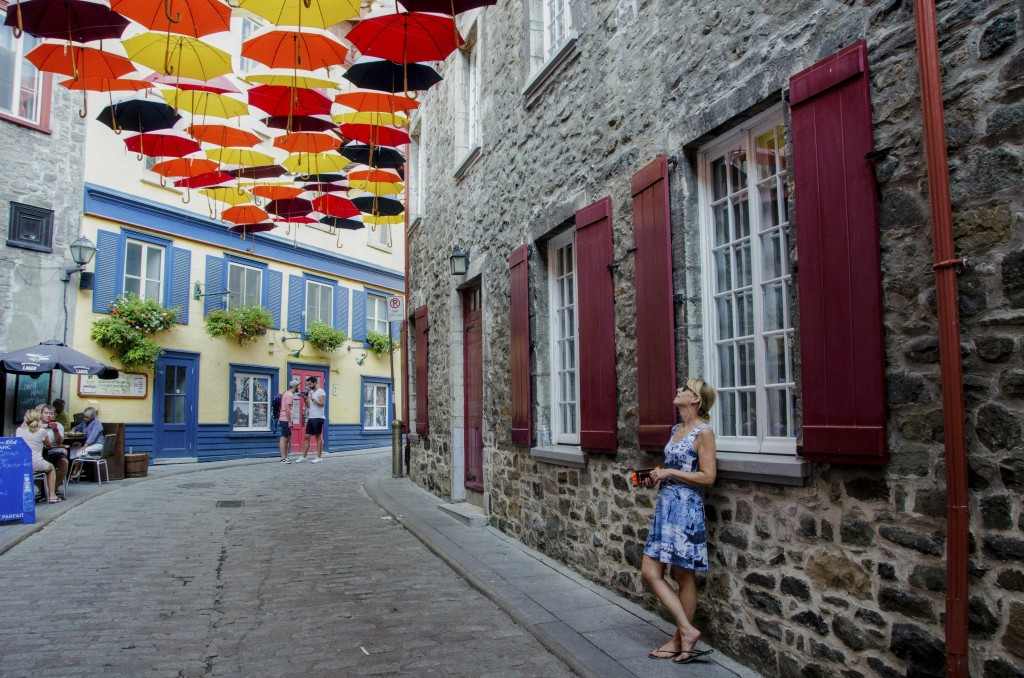 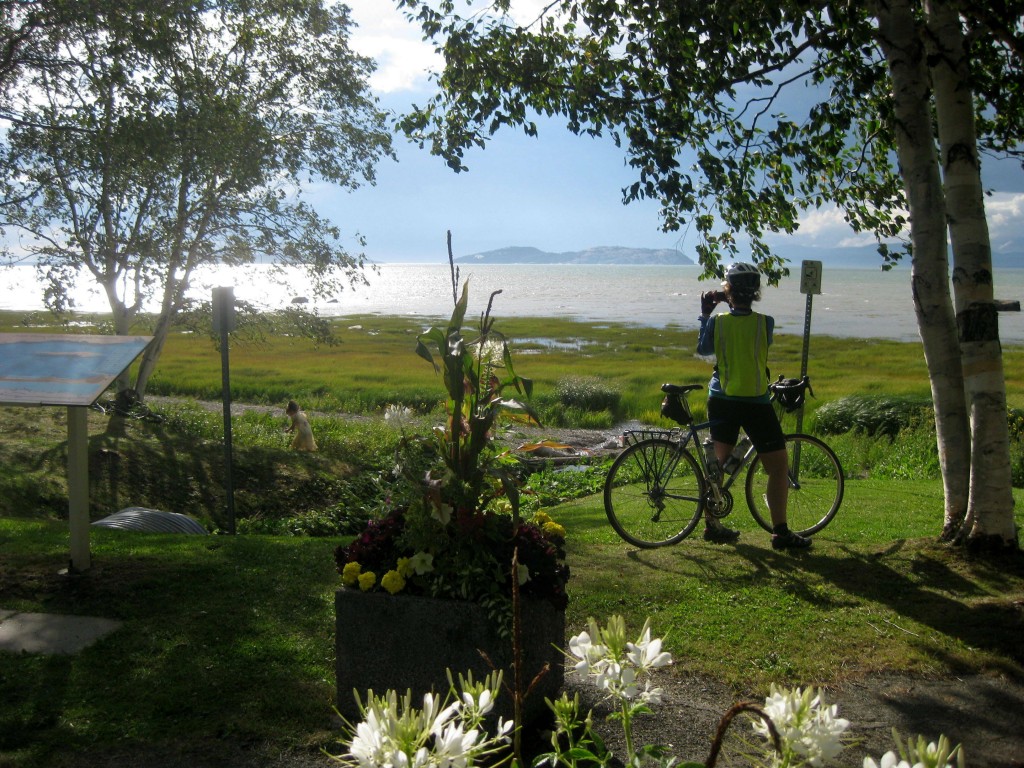 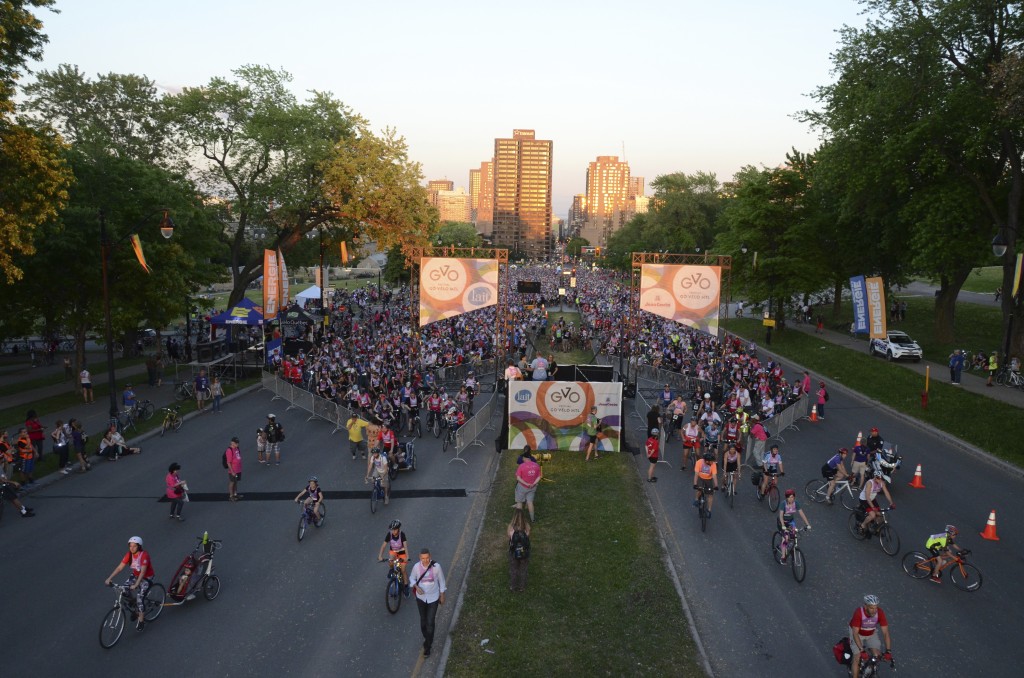 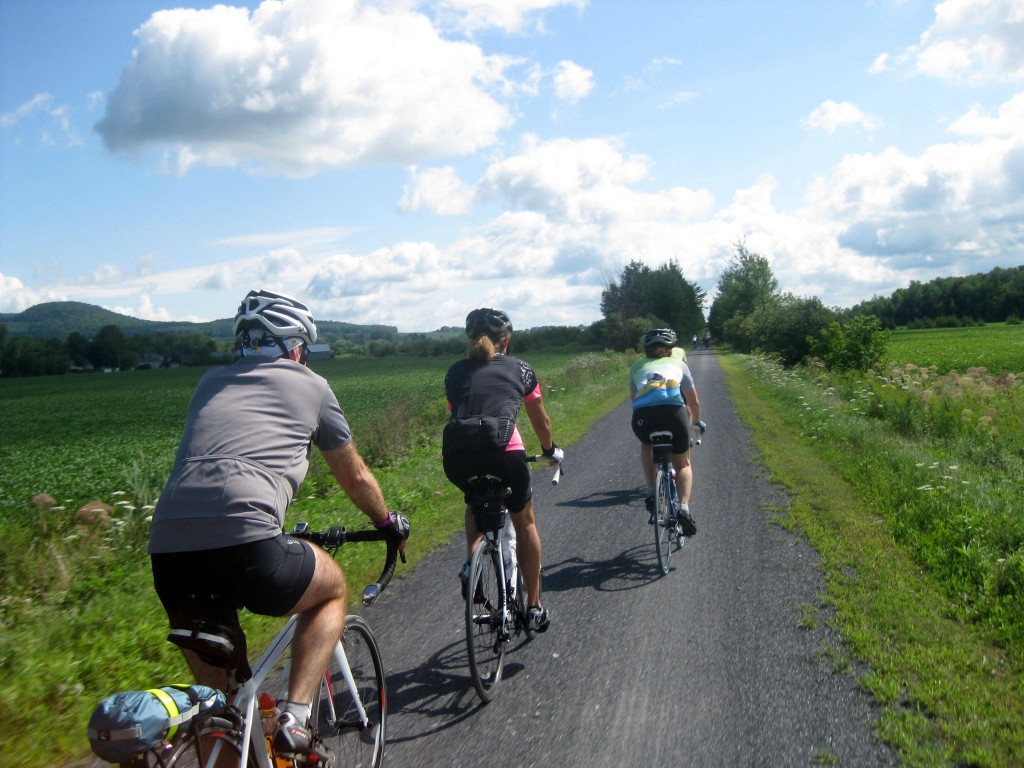 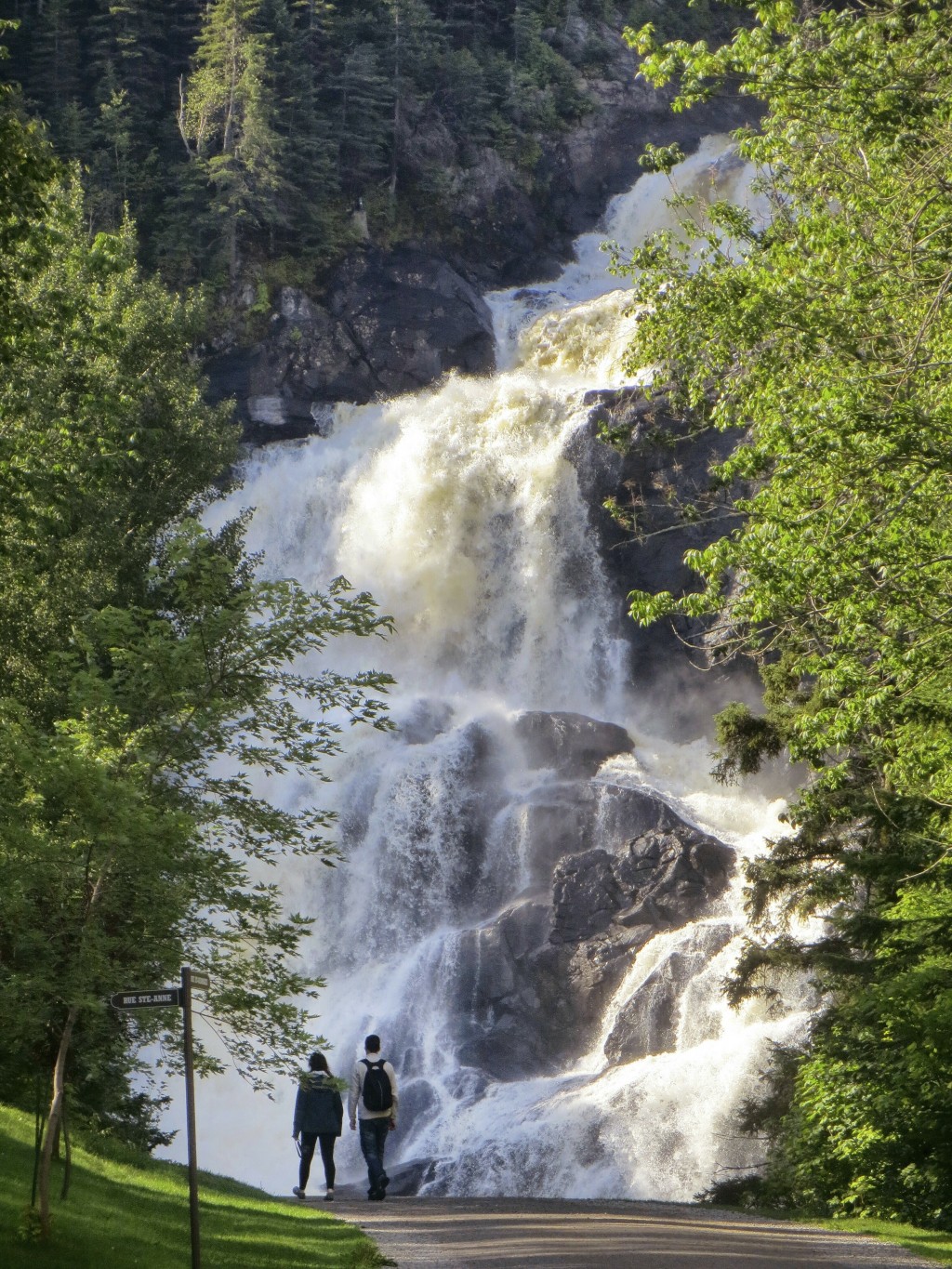 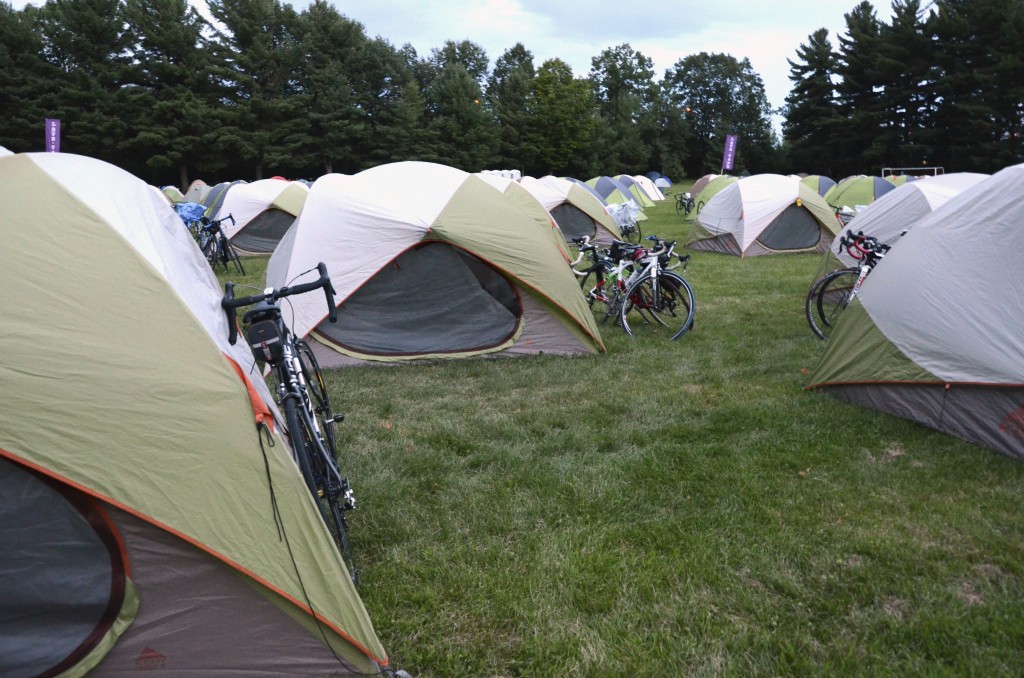 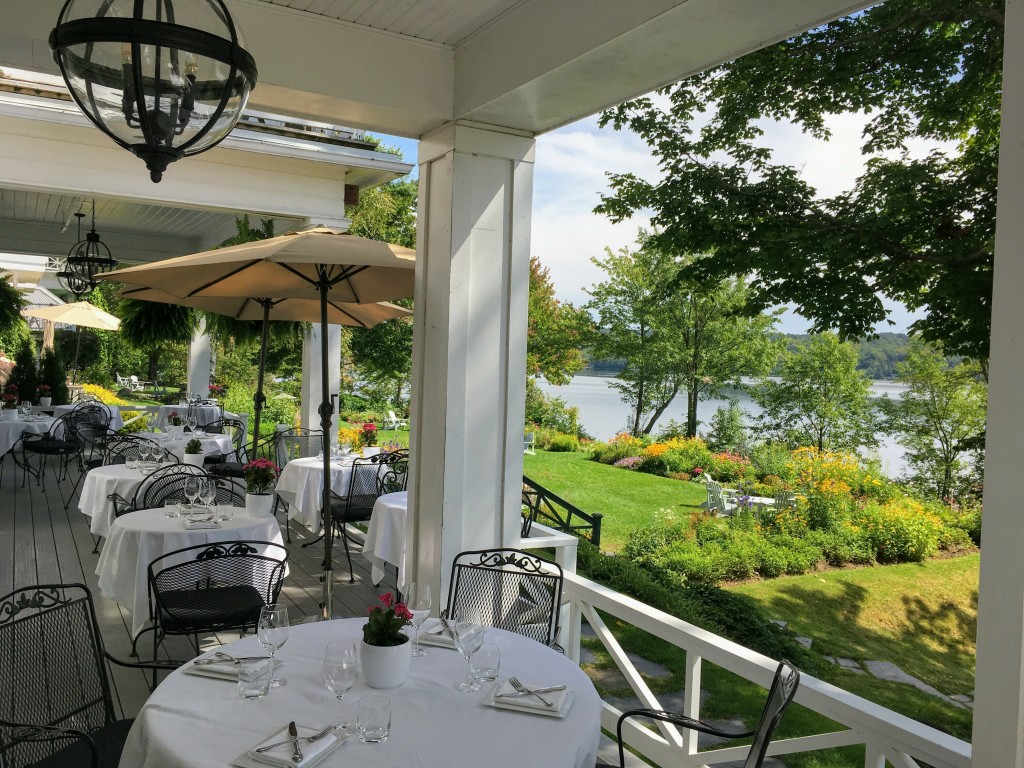 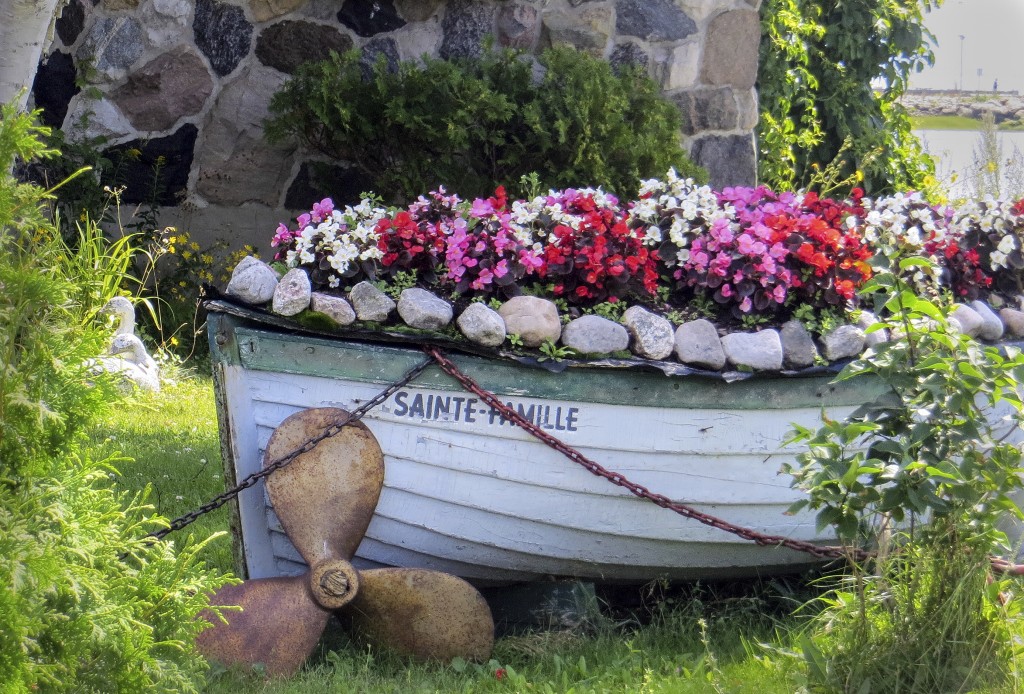 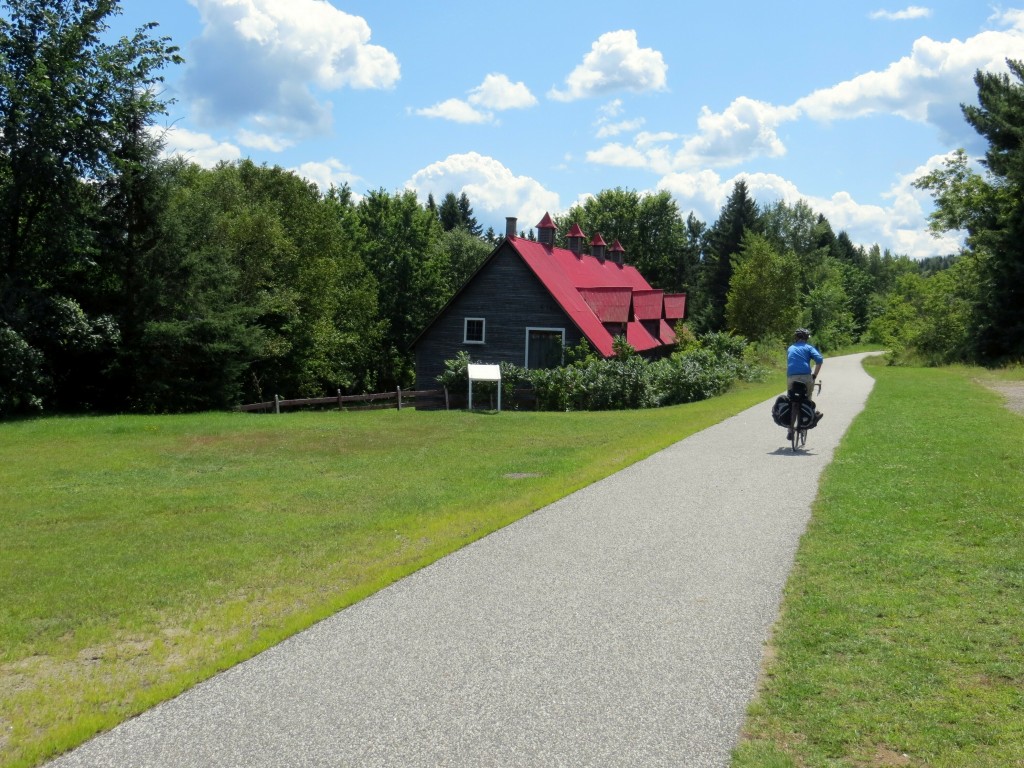 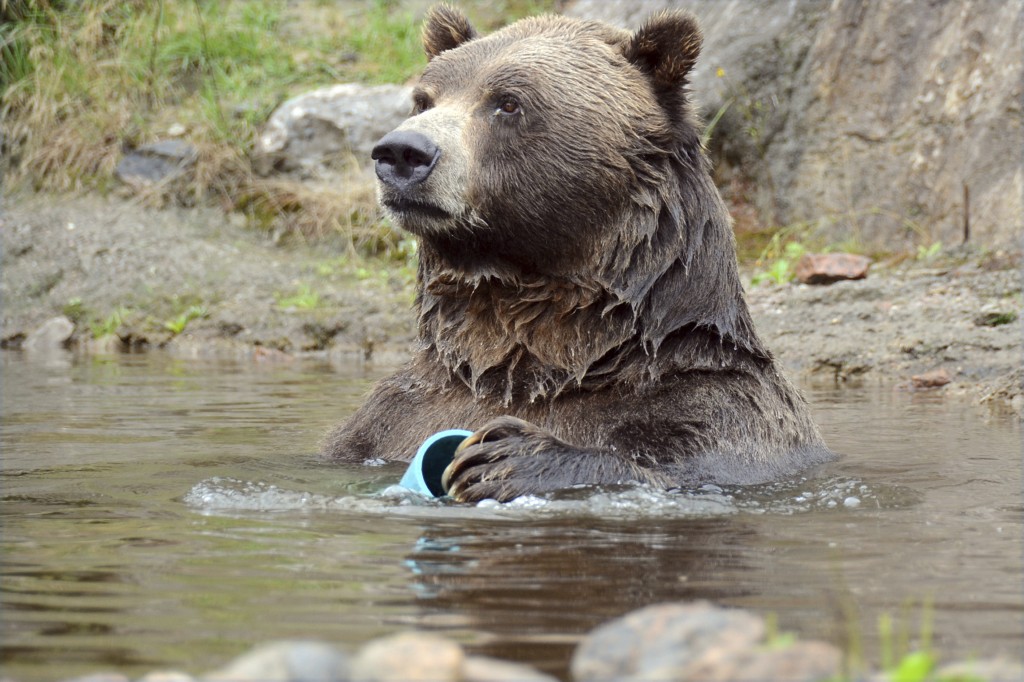 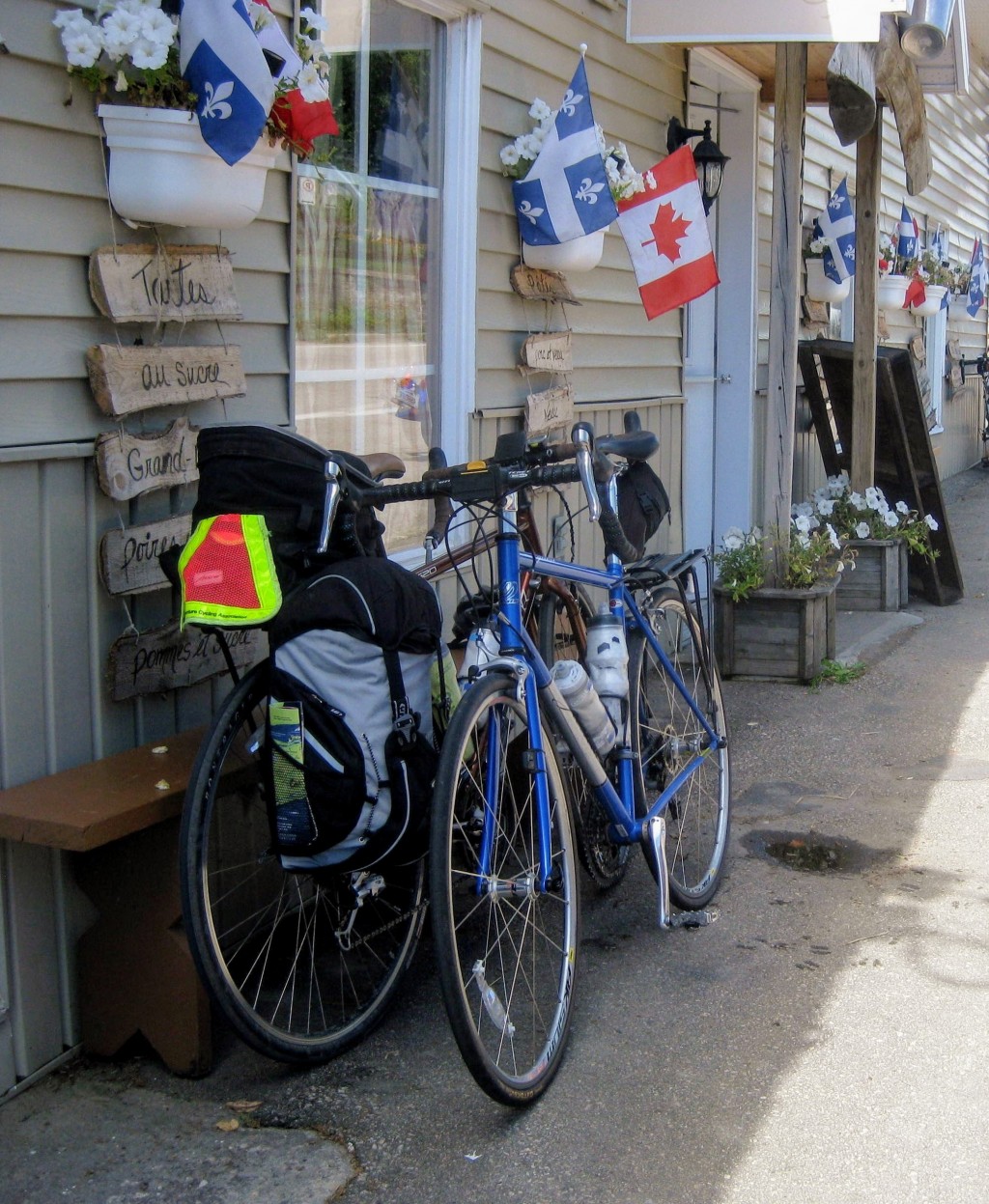 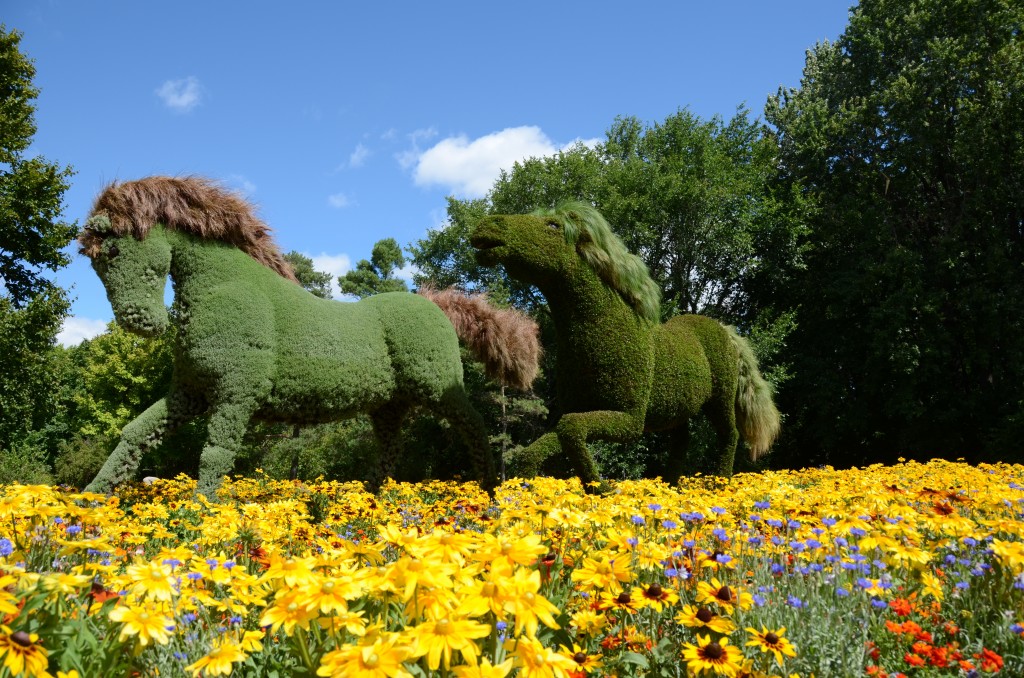 MONTREAL (AP) — In Montreal each spring, an epic bicycle festival demonstrates how 25,000 people can let the good times roll without bumping into each other too much.

In Quebec City and its hinterlands, cyclists plunge into a history shaped by French explorers, the Roman Catholic Church, aboriginal culture and British conquest. In Charlevoix, an island provides a perfect loop for lovers of quiet roads and eye-candy vistas of mountains you don't have to climb.

Then there is the south shore of the St. Lawrence, where the panorama of river, sea, sky and flowers defines the magic of bicycling in Québec in ways that words cannot.

Those treats are mostly thanks to Route Verte, Quebec's gift to the cycling world. It's a vast network of trails and bike-friendly byways that is about to get another growth spurt. Quebec's "green way stitches together wild places, pristine villages and a few buzzy cities in a rich, French-flavored tableau.

It's the masterwork of Velo Quebec, the bicycling association and Route Verte's steward.

Since 2013, I've gone to Quebec each year, often several times a year, to sample more segments of the network and return to the best. Sprawling over 5,300 kilometers or 3,300 miles, Route Verte is a handful to get to know, requiring more time than most people have and more legs than are under me. And the network will be undergoing its largest expansion in a decade with 900 more kilometers.

Within my geographic range of experience — Montreal east to the Gaspesie region and the Eastern Townships north to a lake trail lined with wild blueberries — there are plenty of great tours. Here are some:

Montreal's cycling culture turns into a rolling party at the Go Bike Montreal Festival, anchored by two family-friendly rides that close downtown streets to traffic and take over the city-island. The premier event, Tour de l'lle on June 2, typically draws 25,000 people on bicycles and countless more cheering them on from neighborhoods along the 50-kilometer (30-mile) route. Music, dance and acrobatics (Quebec, home to Cirque du Soleil, specializes in the circus arts) are part of the mix.

Before the Sunday ride comes Tour la Nuit , which launches some 10,000 cyclists at sunset May 31. This year, the cyclists will circle inside Montreal's Olympic Stadium for the first time since "Chariots of Fire" greeted their arrival in the 1980s. "It's the wow moment for Tour La Nuit," says Joelle Sevigny of Velo Quebec.

Nearby, the offroad P'tit Train du Nord rail trail runs 230 kilometers (140 miles) between the Montreal outskirts and Mont-Laurier on Route Verte #2. About half paved, half smooth crushed stone, the "little train of the north" trail offers well-spaced amenities, intriguing inns and a shuttle service.

Veloroute des Bleuets circles Lac Saint-Jean, a lake so big it resembles the sea. In late summer it makes good on its promise of wild blueberries for trailside scavenging. The lake circuit runs for 256 kilometers (160 miles) on trails, quiet roads, village pathways and occasional paved shoulders. Signed as Route Verte #8, it meets the standards that are the hallmark of all designated routes in the network: Inns with Route Verte accreditation must offer healthy food choices, safe storage for bikes and tools while campgrounds must make room for cyclists even if full.

The route perfectly suits self-supported touring. But it's also part of Velo Quebec's summer extravaganza this year, the Grand Tour , a week of fully supported cycling.

Quebec's historic capital, like Montreal, has extensive bicycle paths for commuters and several of prime interest to visitors. Starting at the ferry terminal, the Promenade Samuel de Champlain path going west borders the riverfront for 12 kilometers, looping onto a narrow walkway on the bridge crossing the St. Lawrence and joining with another trail in Levis. The Levis trail offers a spectacular view of Quebec City and a chance to return on the ferry, closing a 30-kilometer loop. Nature is nearby. The Jacques-Cartier trail runs more than 80 kilometers on stone dust through forest and meadow.

This is where I always go back to, no matter where else I go.

On Route Verte #1, spread over more than 2,000 kilometers (1,200 miles) cyclists can go along the south shore of the St. Lawrence for a week or more, seeing the river widen going eastward into the wild beauty of the Gaspe Peninsula until the far shore disappears and the sea, somewhere, begins.

My hotspot is a day ride from the river road at Notre-Dame-du-Portage to Kamouraska and back, about 70 kilometers in all. In this wide panorama, the sky seems always etched with drama, as stormy sheets of rain and shafts of sun sweep over the mountains on the other side, the river churns in hues of brown and blue, and mist half swallows islands. The Kamouraska canola fields make for a brilliant yellow carpet and village homes — a kind of folk art in themselves— are lined with gardens. Sunsets are routinely extraordinary.

In the mountainous Charlevoix region, cycling tours are for huffing-puffing people but there's an exception: a jewel of an island 15 minutes by car from Baie-Saint-Paul, an art and tourist hub. Isle-aux-Coudres is reached by a free car ferry. The road hugging the shore is 27 kilometers and the scenery is stunning.

A web of bike trails and designated cycling routes connects cities, farmlands, vineyards and towns in the verdant Eastern Townships. Among the trails, Estriade goes for 100 kilometers (60 miles) offroad, mostly paved and bordered by dozens of sculptures by international artists along a section.

The townships are a region of lakes, Victorian homes, orchards, covered bridges and resorts, maintaining a patina of England over a decidedly French-Canadian culture.

IF YOU GO: Full planning resources for cyclists at routeverte.com and check tourism sites for the regions you're visiting via quebecoriginal.com