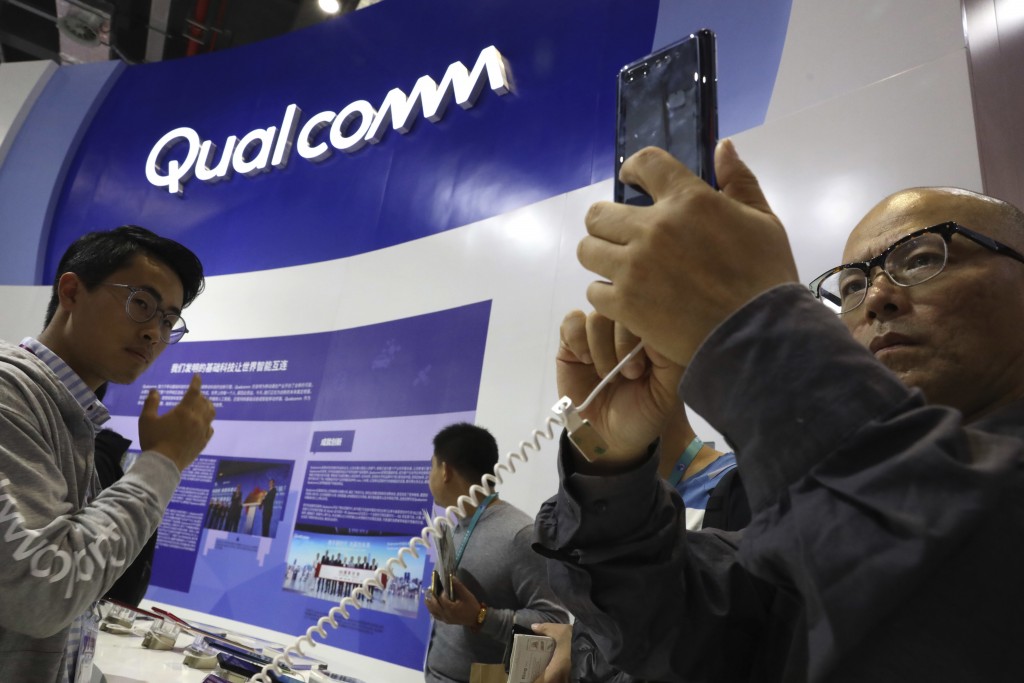 Stocks have swung between gains and losses all week as investors keep a wary eye on the intensifying trade war between the U.S. and China. The latest developments came when the U.S. proposed restrictions on technology sales to Chinese companies and then granted a 90-day grace period.

The restrictions could hurt U.S. chipmakers that rely on China for large portions of their revenue. Chip stocks have been the most volatile this week, with a decline of 4% Monday followed by a 2% gain Tuesday.

Qualcomm and Apple drove declines in technology stocks. Qualcomm plunged following a federal judge's ruling against the chipmaker in an antitrust case. Several other chipmakers, including Intel, Broadcom and Micron also fell. An S&P index that track chip stocks was down 1.2% early Wednesday.

Financial stocks were pushed lower by declines in big banks such as JPMorgan, Citigroup and Bank of America.

Looking ahead, investors are awaiting the release of the minutes to the Fed's last policy meeting for hints on whether it is leaning more toward raising or cutting rates in the future.

The company has also been expanding its physical footprint with smaller stores in urban areas, along with launching its own exclusive clothing brands.

LAID LOW: Home improvement retailer Lowe's fell 11.5% after it slashed its outlook for the year following a weak first quarter.

The company said it is dealing with rising costs and outdated pricing. The company said it will modernize its pricing process in an effort to improve margins. The latest results come a day after key rival Home Depot reported solid first quarter financial results.

The chipmaker was ordered to negotiate or renegotiate licensing deals with customers. It must also license its patents to rival chip makers at fair prices and can't sign exclusive supply agreements with smartphone makers like Apple that block competitors from access to that market.

Other chipmakers dropped. Skyworks Solutions and Nvidia fell about 1%.