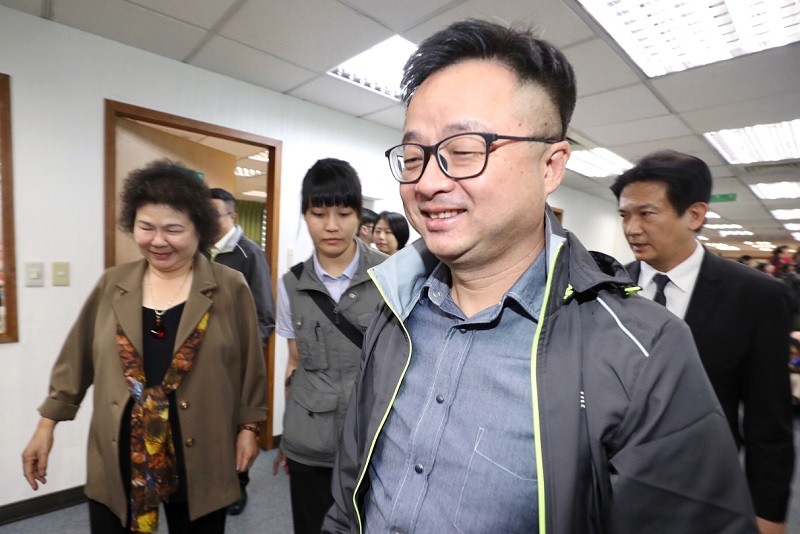 TAIPEI (Taiwan News) — Landline and cell phone samples will each account for a 50-percent share in the Democratic Progressive Party’s (DPP) presidential primary poll, the party’s Central Executive Committee (CEC) ruled by consensus on Wednesday (May 29).

The opinion polls will take place between June 10-14 and adopt dual-frame sampling, with the results of landline and mobile phone samples evenly making up the final poll, said the party’s spokesperson, Wen Lii (李問), at a press conference after the CEC discussions on Wednesday afternoon.

This will be the first time the DPP incorporates cell phones into the party’s presidential primary poll, despite Lai having repeatedly expressed concern over the potential manipulation and inaccuracy of mobile phone samples.

The CEC convened once again this afternoon, after failing to reach agreement on the selection process for the party’s presidential nominee last Wednesday (May 22). Before the CEC meeting, DPP Chairman Cho Jung-tai (卓榮泰) and Secretary-General Luo Wen-jia (羅文嘉) met with the representatives from both Tsai’s and Lai’s camps to exchange ideas.

The CEC made the final decision on the primary process by consensus without putting the issue to a vote, even though Lin Chun-hsien (林俊憲), the representative from Lai’s camp, expressed different views during the meeting, Lii said. The committee also agreed to organize a televised event for Tsai and Lai to deliver their campaign speeches.

Unlike the previous meeting, there was no live broadcast of the CEC discussions on the Internet this time.