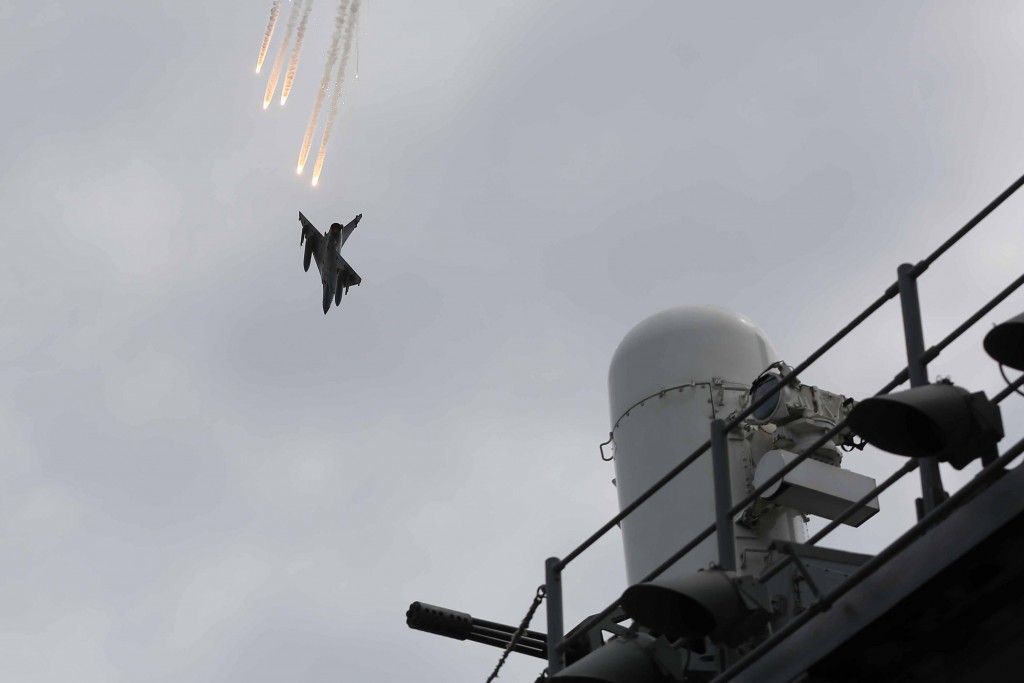 The maneuvers came amid the repeated passage of Chinese warplanes and Navy ships close to Taiwan on their way to the Pacific Ocean or to the South China Sea.

Meanwhile, in the air, the three main pillars of Taiwan’s Air Force were out in full force, with the Mirage 2000, the F-16 and the Indigenous Defense Fighter (IDF) also performing over the Pacific skies east of Taiwan.

Wednesday’s drills were the largest at sea since the Han Kuang 30 exercises held in 2014 and since the Democratic Progressive Party returned to power in 2016, reports said.

The drills simulated resistance against an enemy attack on the naval port of Suao in northeastern Taiwan’s Yilan County while enemy planes were crossing the Taiwan Strait toward northern Taiwan.

Taiwanese Navy ships were leaving Suao and Hualien to join forces to rebut the attack, according to the CNA reports.

The items on the program included anti-aircraft defense, joint Air Force and Navy action against submarines, the firing of missiles against aircraft and ships, and the testing of Navy supply lines.

During the drills, the three types of Taiwanese fighter jets also fired off Sidewinder, Magic and Sky Sword I missiles, CNA reported.