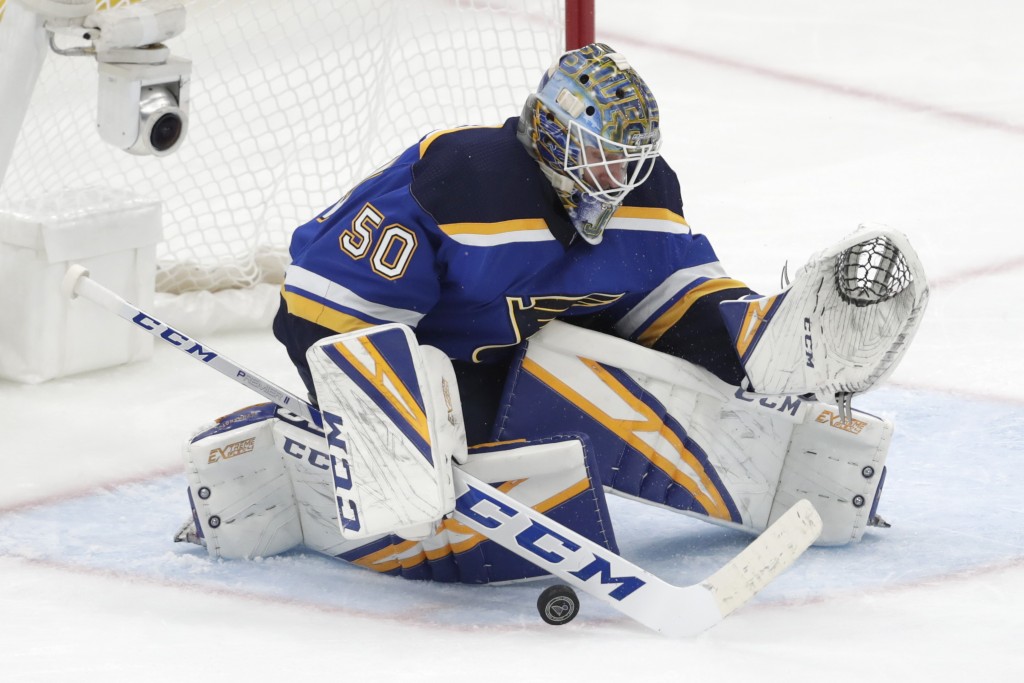 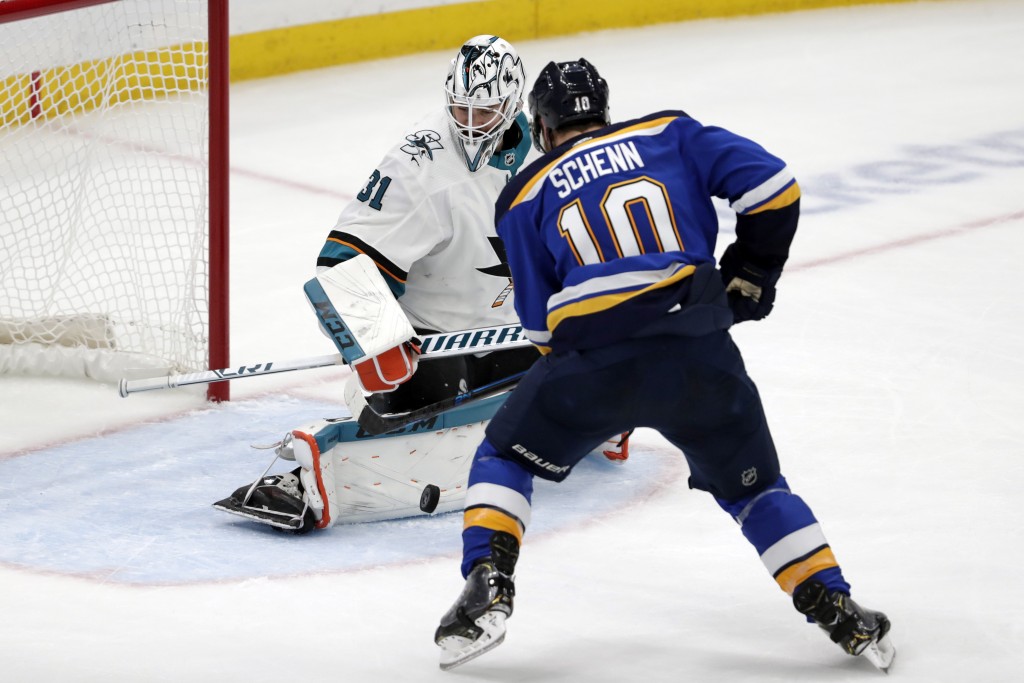 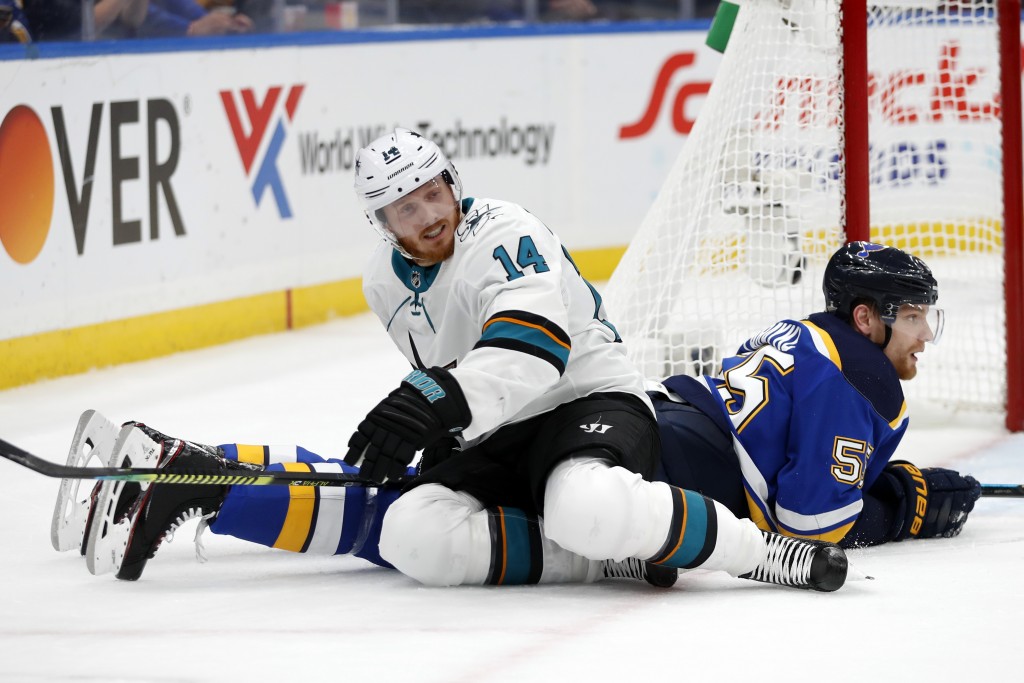 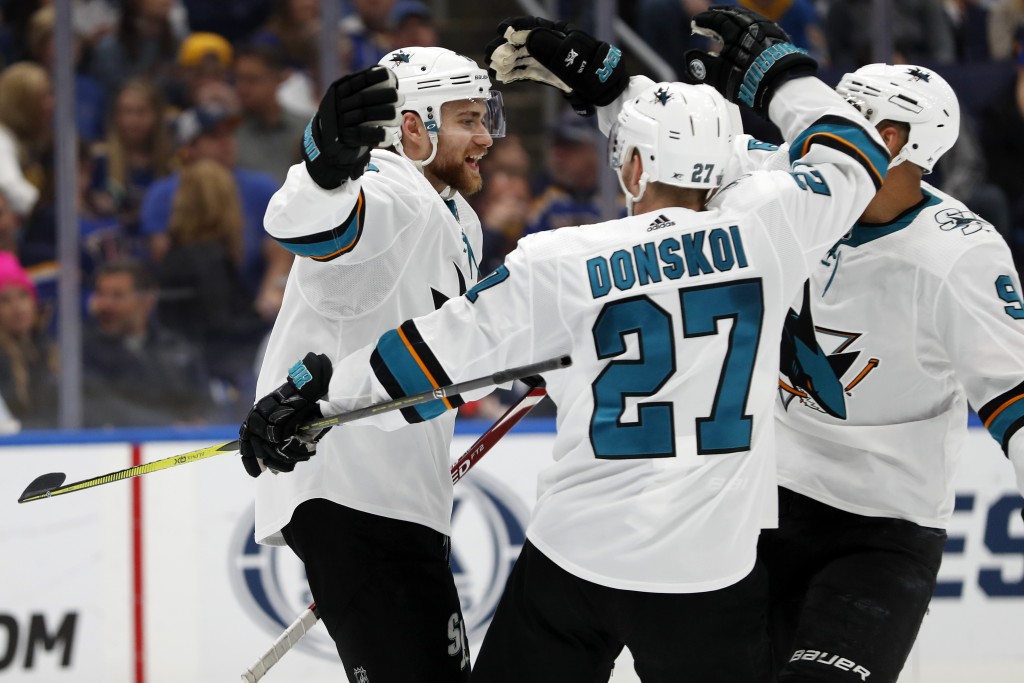 ST. LOUIS (AP) — The St. Louis Blues are marching into the Stanley Cup Final for the first time in decades.

David Perron had a goal and an assist, Jordan Binnington picked up his franchise-record 12th playoff win and the Blues beat the San Jose Sharks 5-1 in Game 6 of the Western Conference final Tuesday night.

Vladimir Tarasenko, Brayden Schenn and Tyler Bozak also scored for St. Louis, which will face the Boston Bruins for the championship. Ryan O'Reilly had three assists, and Binnington stopped 25 shots.

St. Louis won four consecutive games to advance to the franchise's first Cup Final since 1970. That series also pitted the Blues against the Bruins.

Laura Branigan's "Gloria" blared over the speakers at the Blues' home arena after the latest victory on an improbable run from last in the NHL Jan. 3 to one of the last two teams standing. The turnaround came after Craig Berube replaced Mike Yeo as coach in November and Binnington took over as the starting goaltender in January.

San Jose played without injured forwards Joe Pavelski and Tomas Hertl and defenseman Erik Karlsson. Injury attrition played a role for the Sharks, who played seven games in each of the first two rounds.