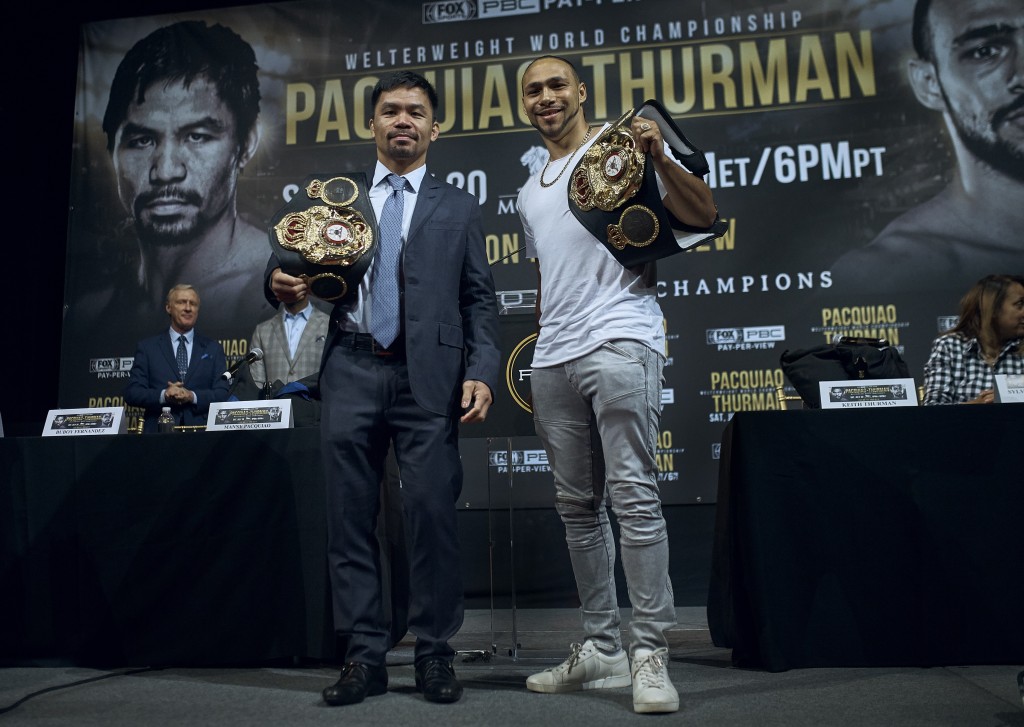 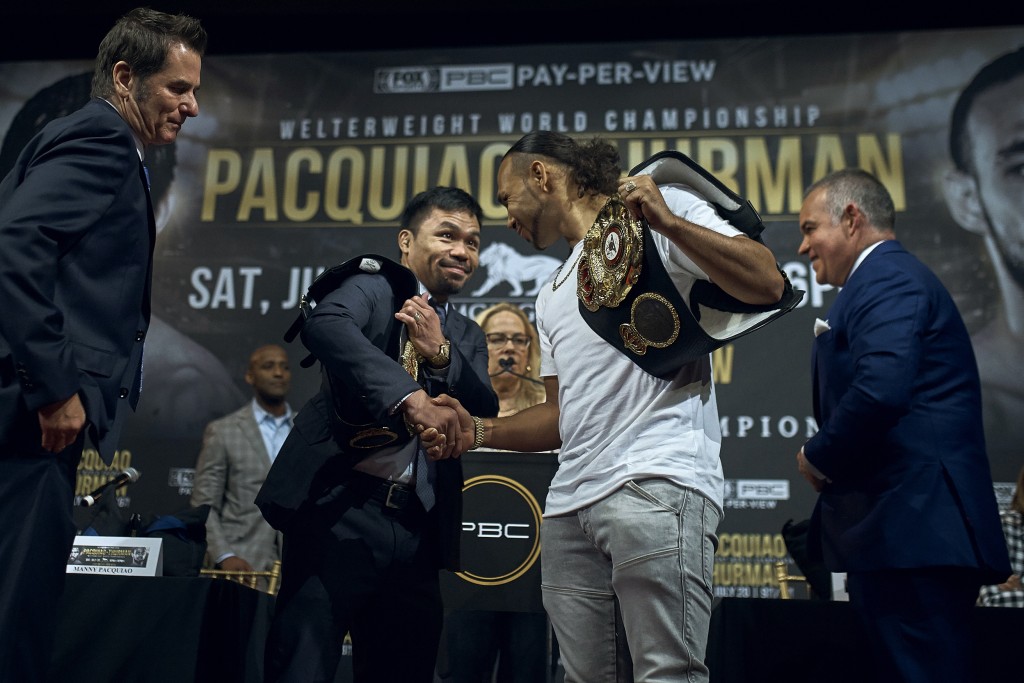 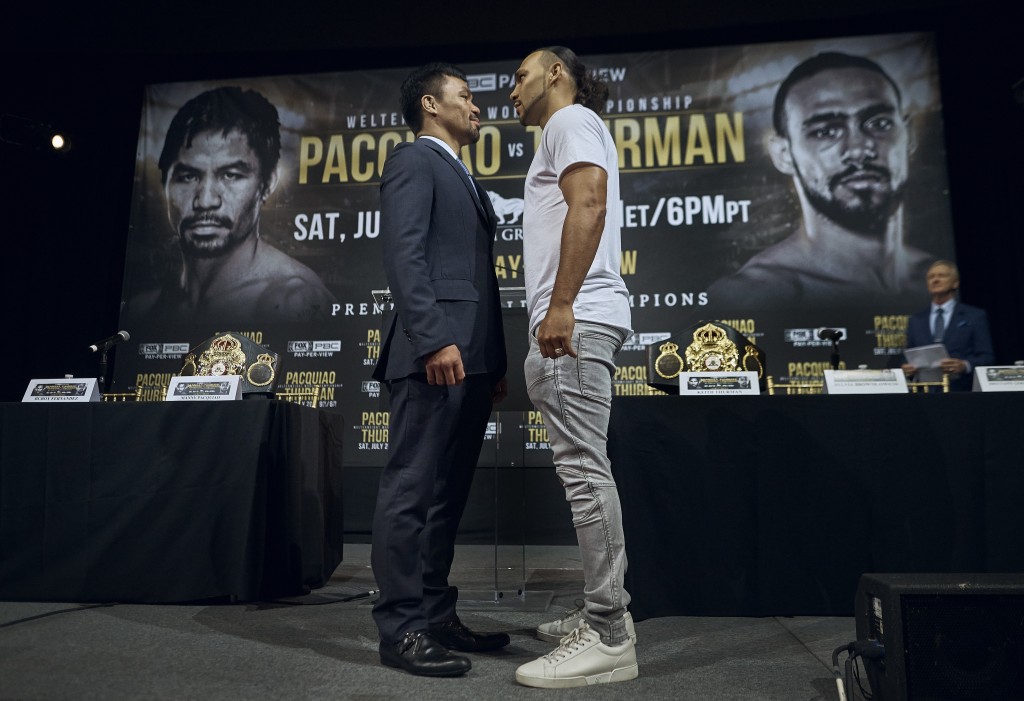 NEW YORK (AP) — Keith Thurman keeps calling Manny Pacquiao a legend, and in the boxing world, he probably is correct.

Then the undefeated welterweight champion keeps promising to end the ring career of the senator from the Philippines.

That could happen, too. For once, Pacquiao is the underdog in the July 20 fight in Las Vegas for the WBA belt.

Or Pacquiao, holder of titles in eight weight classes during 24 years in the sport, could continue his Hall of Fame-caliber career at age 40 with another impressive win.

"I have been in boxing for two decades and I am never scared or intimidated with my opponent, and I am so excited for this fight," Pacquiao said Tuesday at a news conference announcing the Fox pay-per-view bout at the MGM Grand Garden Arena. "Keith Thurman is the kind of fighter you can respect. He is undefeated and this gives me more encouragement, motivation to work hard — like I did before, in my previous fights with big names in boxing.

"I will make sure I am in 100% condition and ready for the fight, and let's see who is tougher in the ring on July 20. It is going to be exciting and I like it. I like it I am the underdog for this fight, this is fun, this is what I want."

What Thurman wants is to fully establish himself as the top gun in a loaded division. It's his first pay-per-view fight despite being 29-0 with 22 knockouts. It's also an opportunity to prove that the rustiness he showed in a January decision over Joselito Lopez is gone after Thurman fought only three times in three years, in part due to injuries.

And yeah, it's a chance to send Pacquiao packing to full-time politics.

"Come July 20, he will disappear. He belongs as a senator in the Philippines," Thurman said. "What I am doing to Manny Pacquiao is what he did to Oscar De La Hoya."

That would be the 2008 manhandling that sent De La Hoya into retirement and established Pacquiao as a worldwide boxing force.

"This is a big fight, bombs are being dropped," the 29-year-old Thurman added. "I waited 22 months to get back in the game (after injuries). We have our ups and downs in this sport; your boy Keith Thurman is back on the rise. You will want to be there, especially because this will be this man's last fight."

Pacquiao smiled at Thurman's boast. He smiled a lot at the smack talk on Tuesday, though the verbiage never got out of hand like it did for his previous bout, when he toyed with Adrien Broner for 12 rounds in January.

Pacquiao-Thurman is an intriguing matchup. Although Pacquiao had lost a unanimous decision to Jeff Horn in 2017, he determined he was not through when many — possibly most — in the boxing world had written him off. He won the WBA crown from Lucas Matthysse a year later, then easily beat Broner.

Thurman seemed headed toward elite status in the sport when he won the interim WBA title in 2013 and the full championship in 2015. His wins over Shawn Porter and Danny Garcia were close but fair, and his performances were stellar.

But right elbow surgery slowed him in 2017 — he jokes that his "One Time" nickname became "Sometimes" — and he's been an infrequent defender of his title.

Thurman vows that will change once he sends Pacquiao into retirement.

"Come July 20 you will see the best," he said. "It has been four years since I fought two times in one year.

"Trash talk doesn't mean nothing, but when he is on that mat and catching that 'night night,' it's really going to mean something."