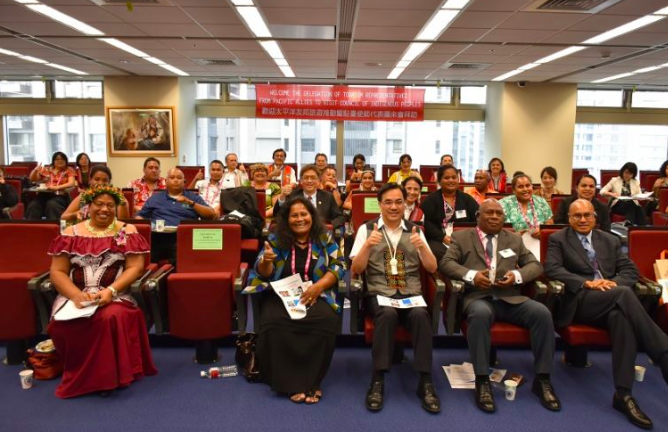 TAIPEI -- Taiwan and its six Indo-Pacific allies are sharing policymaking experience and know-how in advancing the indigenous peoples tourism industry and sustainable development throughout the region.

According to the CIP, Taiwan and the like-minded countries share a deep cultural and linguistic bond, making them perfect partners in establishing mutually beneficial opportunities while tapping the potential-laden industry.

It is expected the opening in late September of the headquarters for the Taiwan-initiated Austronesian Forum in Palau will play a key role in spurring related activity, the CIP said, adding that the facility will help make further headway on Austronesian culture and language research, as well as economic, human resources and people-to-people exchanges.

The CIP said the delegations are in Taiwan from May 16-22 to attend the Taipei Tourism Expo. Organized by Taipei Association of Travel Agents in conjunction with the Tourism Bureau under the Ministry of Transportation and Communications, the four-day event is taking place at Taipei World Trade Center Hall No. 1.

Events like TTE are an outstanding platform for raising awareness of the indigenous peoples tourism industry. Another is 2019 Foodex Japan, where firms operated by indigenous peoples from Taiwan inked an NT$450 million (US$14.3 million) business development and marketing deal, according to the CIP.

Indigenous peoples have lived in Taiwan for millenniums. The latest CIP statistics put the population of the country’s 16 officially recognized tribes at around 560,000, or 2.3 percent of the total 23.5 million.