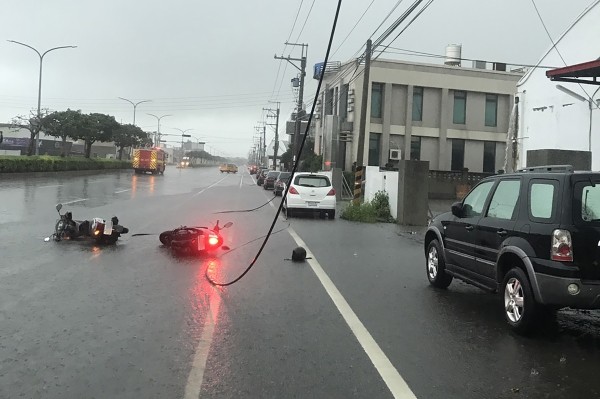 TAIPEI (Taiwan News) -- A young man perished on his birthday early Tuesday morning (May 21) after he was electrocuted by a downed power line during the heavy rains seen in western Taiwan on Monday (May 20).

As Taiwan was being hammered by heavy rains at noon on Monday (May 21), a witness told TVBS that they saw a bolt of lightning strike the utility pole and a power line started to spark and fell onto the rapidly flooding Zhongshan Road in Taichung City's Dajia District. A 58-year-old woman driving a scooter came near the power line and suffered a burn to her arm, but was rescued by a passing car and later sought medical treatment on her own, reported Liberty Times.

Moments later, a 25-year-old man surnamed Chou (周) rode his scooter past the downed power line and was suddenly struck by the high voltage current surging through the floodwaters, knocking him unconscious. Witnesses on the scene saw the man twitching and realized that he was in distress. A factory employee tried to rescue the man with his forklift, but was not able to get close enough as the power line was still live.

When paramedics arrived on the scene, they found that Chou's lips had turned blue and he had no vital signs. They then immediately rushed him to Lee General Hospital.

Once at the hospital, doctors were able to resuscitate Chou, but he had suffered serious injuries including brain edema. At 4 a.m. on Tuesday, Chou succumbed to his injuries, reported Apple Daily. Sadly, Chou's family members say that he died on his birthday (May 21). Devastated by the news, Chou's mother told Apple Daily, "I don't want anything, all I want is to save my son." 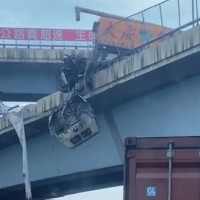 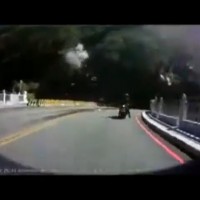