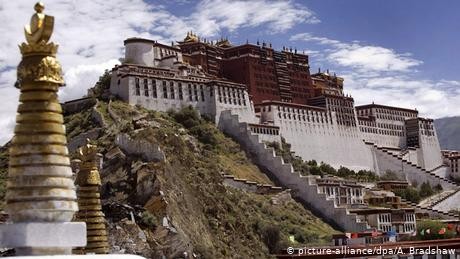 US Ambassador to China Terry Branstad is scheduled to visit the Tibetan Autonomous Region and neighboring Qinghai province this week, from Sunday through Saturday, the US Embassy in Beijing said. The trip would be the first to the region by a US ambassador since 2015.

The visit is a "chance for the ambassador to engage with local leaders to raise longstanding concerns about restrictions on religious freedom and the preservation of Tibetan culture and language," an embassy spokesperson said.

The Chinese government is accused of committing human rights violations and imposing harsh restrictions on the practice of religion and culture in the region. But Beijing insists that Tibetans enjoy extensive freedoms and economic growth.

The US State Department said in March that five out of nine US requests to visit Tibet were rejected last year, including one by Branstad. But Chinese authorities have cited special "geographic" and "climatic conditions" as reasons for restricting access to the Himalayan region.

Beijing sent troops into remote, mountainous Tibet in 1950 in what it officially terms a peaceful liberation and has ruled there with an iron fist ever since.

The US envoy's trip also comes amid escalating trade tensions between Washington and Beijing, with the two sides slapping tit-for-tat tariffs on each other's goods worth billions of dollars.