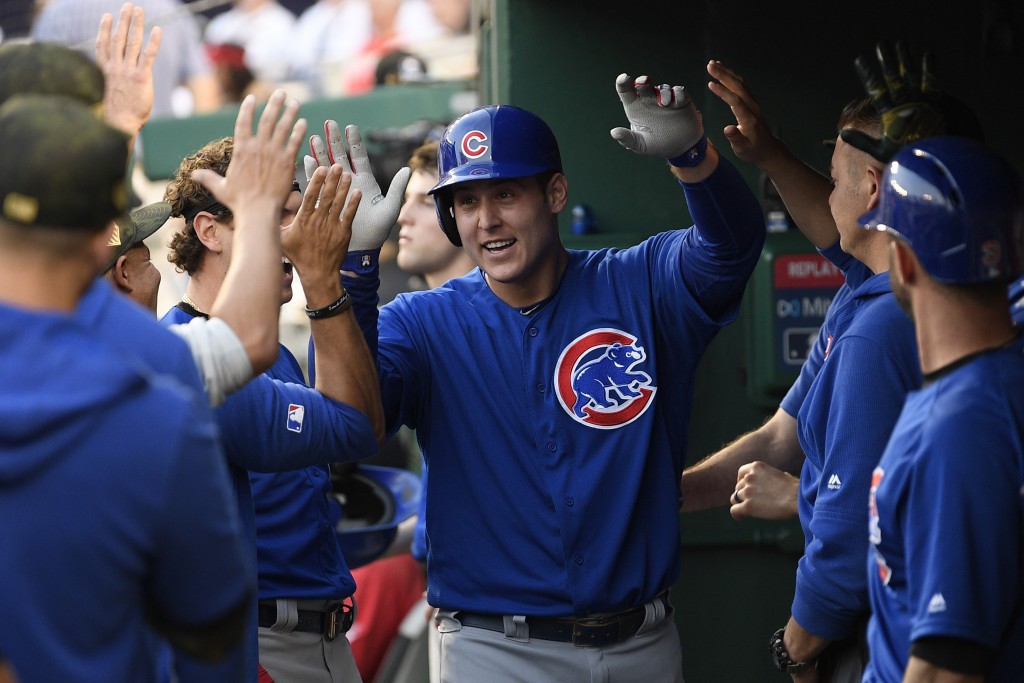 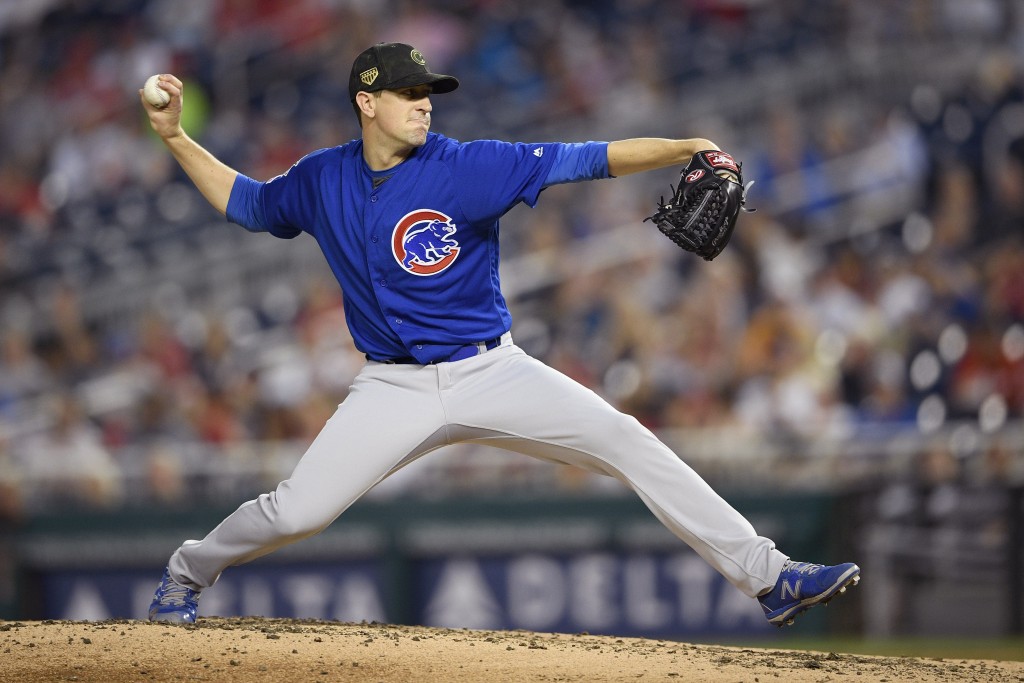 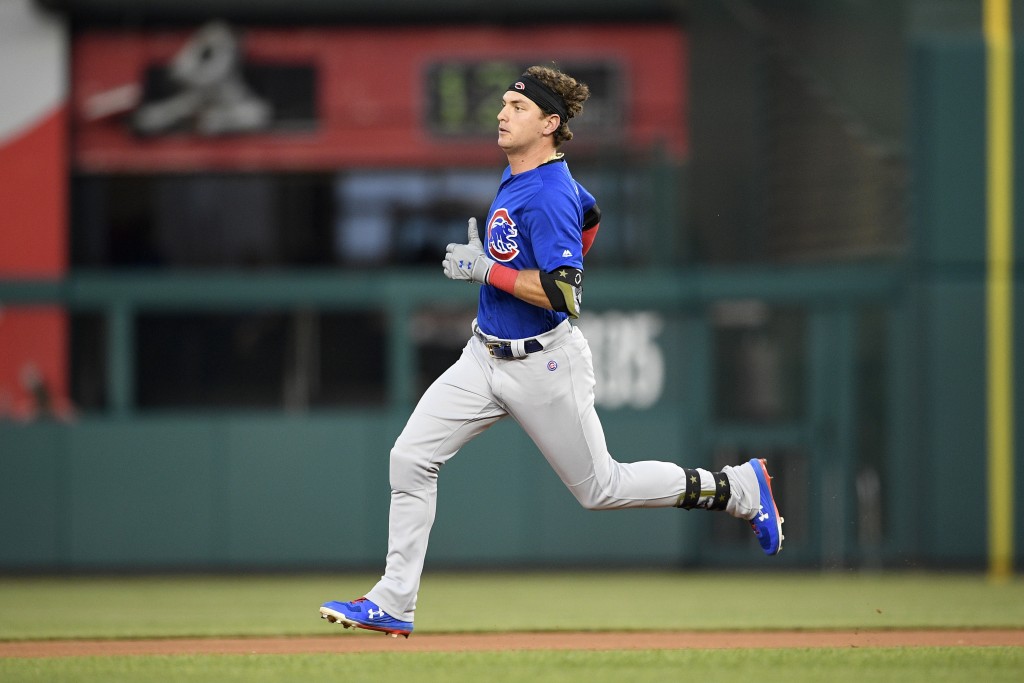 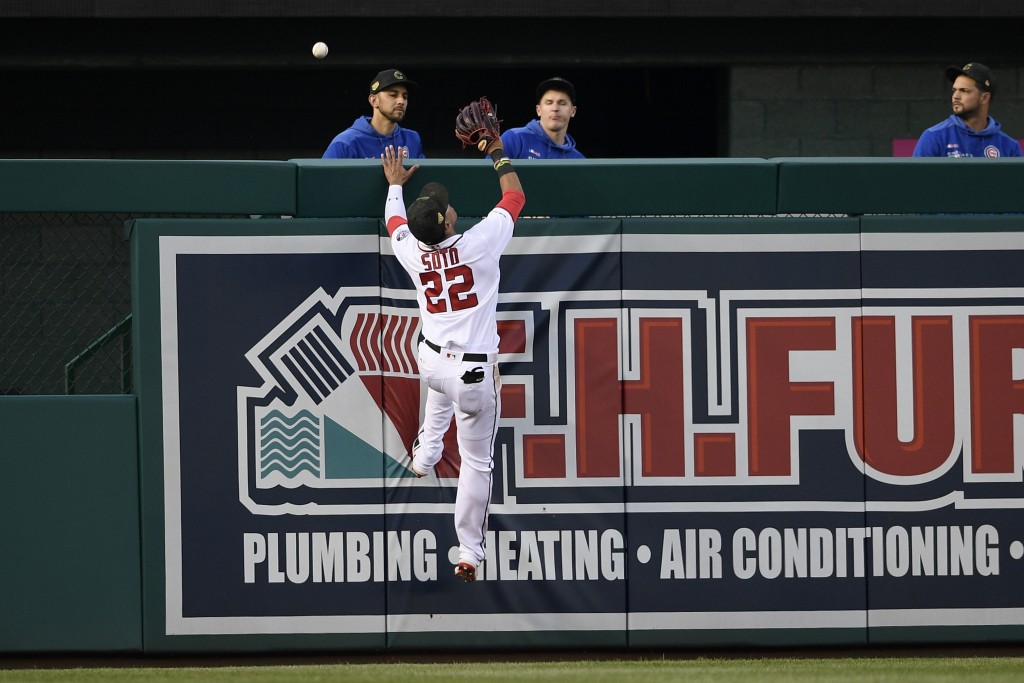 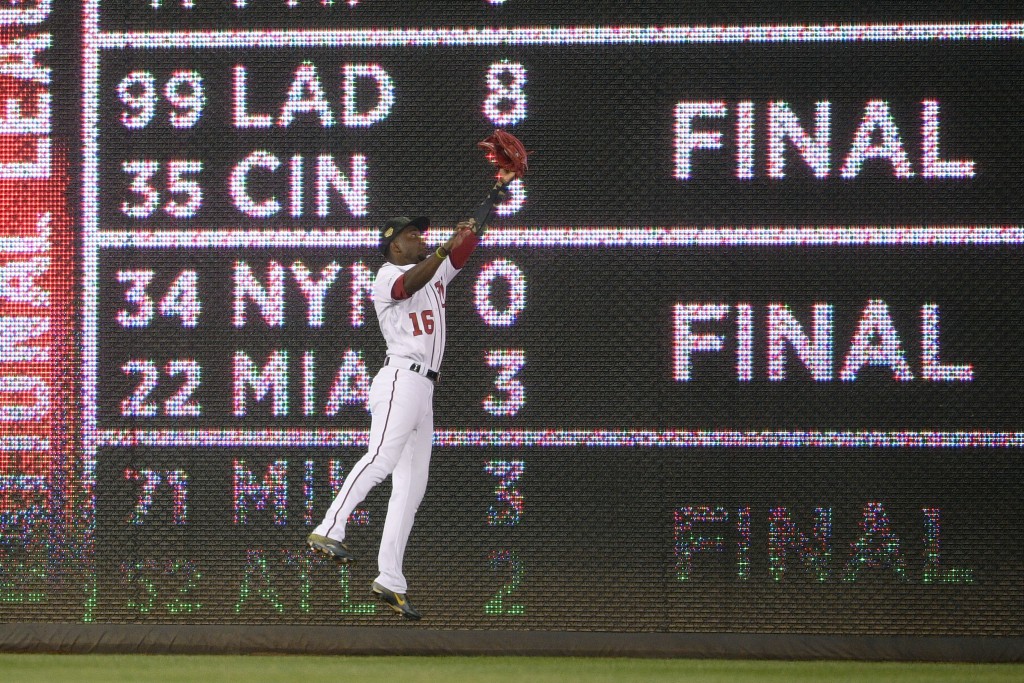 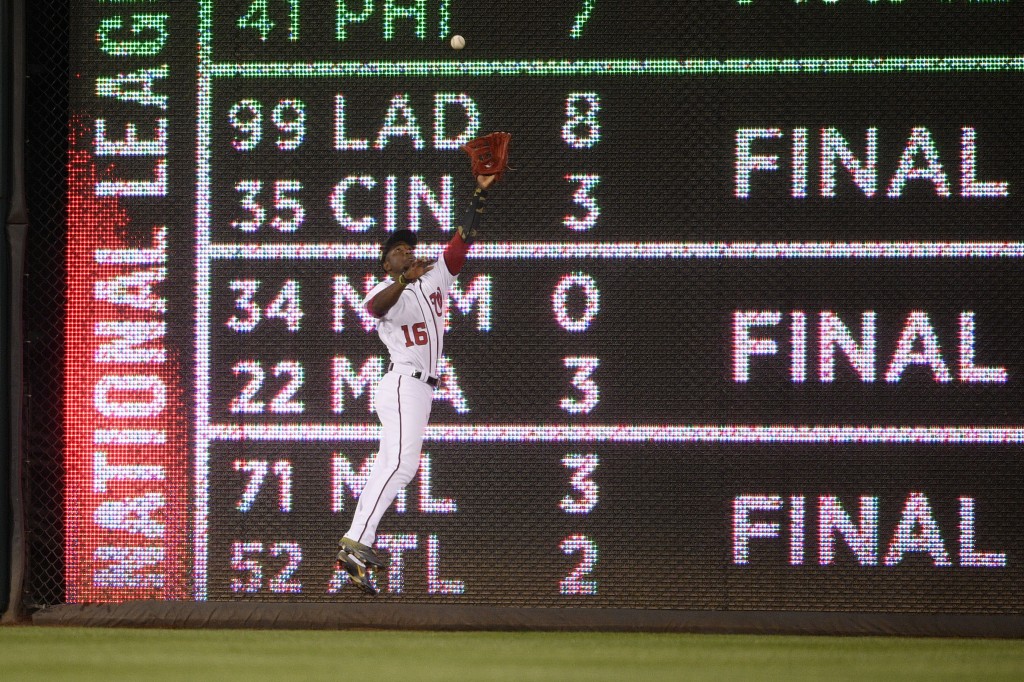 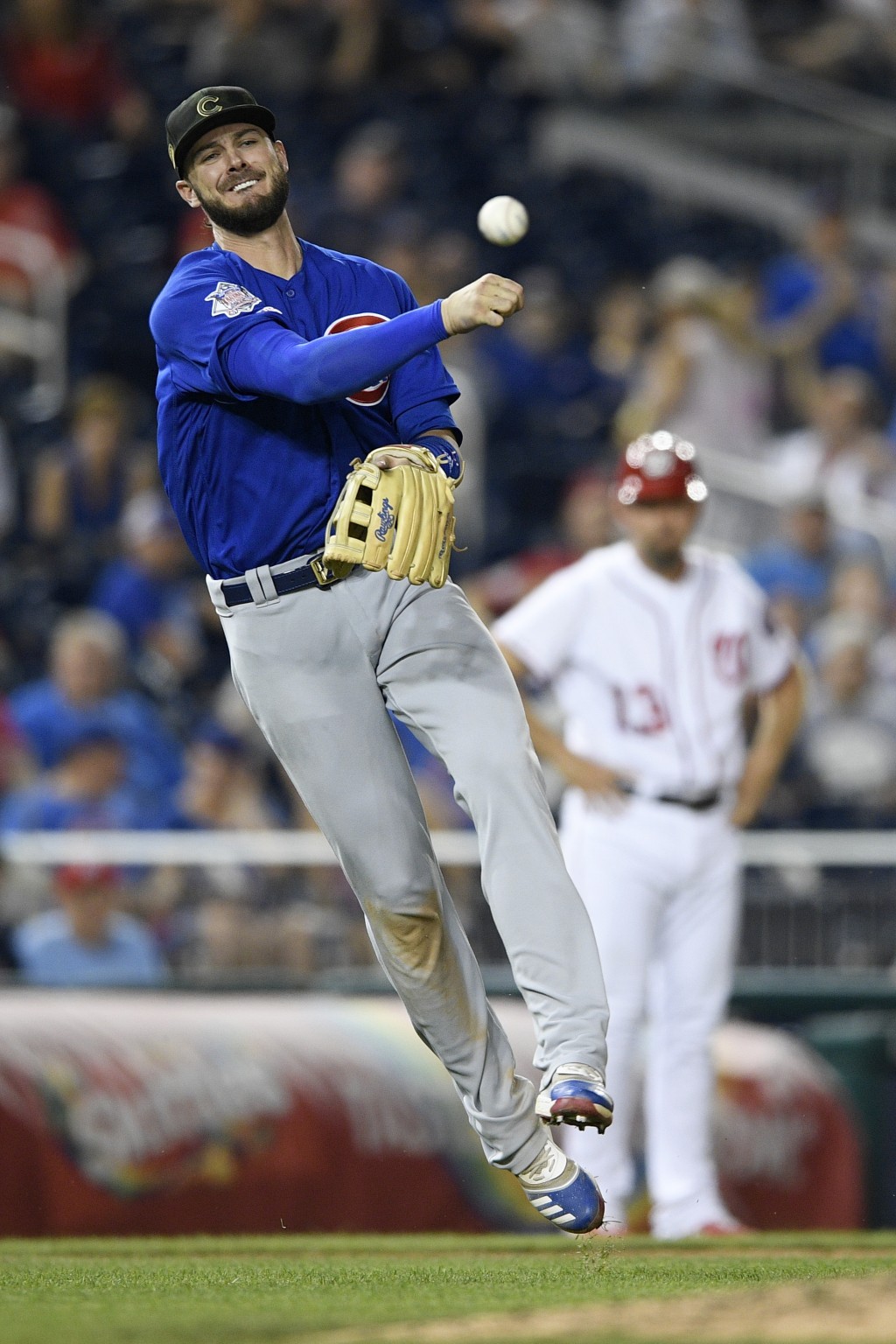 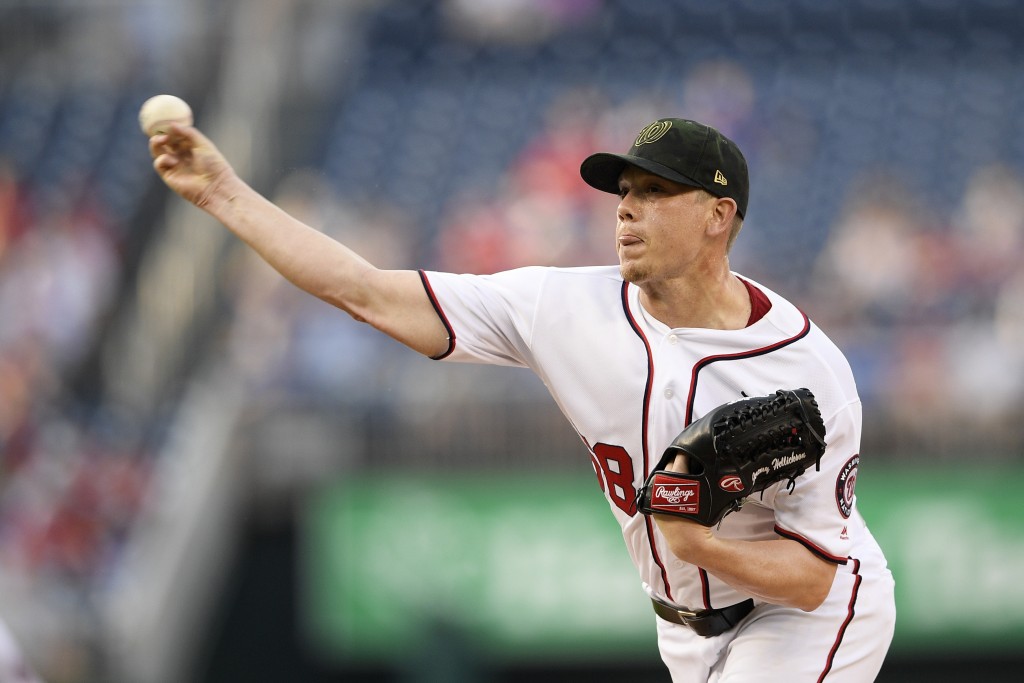 Chicago led 6-1 before Washington closed to within a run on a three-run homer by Anthony Rendon in the sixth inning and a solo home run by Howie Kendrick in the seventh.

Kyle Hendricks (4-4) retired the first 11 Washington batters and didn't allow a hit until Kurt Suzuki's single leading off the fifth, but finished by giving up four runs and six hits in 5 2/3 ininngs. Hendricks had been masterful in May, allowing just one earned run over his past three starts (25 innings).

Steve Cishek pitched a 2 1/3 scoreless innings for his fourth save as the Cubs took two of three from the Nationals and improved to 10-1-1 in their past 12 series.

Rizzo's solo homer in the third gave the Cubs a 3-0 lead, and Chicago went up 4-0 in the fourth on Kyle Schwarber's sacrifice fly. The Cubs scored two more in the sixth to take a 6-1 lead. They had numerous chances to increase their lead in the early innings, but went 1 for 11 with runners in scoring position and left nine men on base.

Before the game, manager Joe Maddon announced that the Cubs dropped their protest over the pitching delivery of Washington reliever Sean Doolittle in Saturday night's game.

Gerardo Parra had three hits for Washington. ... Rendon is 10 for 23 over his past six games with two homers, nine RBIs and eight runs scored. ... Robles made a leaping catch at the wall in right center to take an extra-base hit away from Addison Russell in the ninth.

Cubs: SS Javier Baez left in the sixth inning. He appeared to twist his ankle while fielding a grounder by Hellickson in the third.

Nationals: OF Victor Robles was back in the lineup being hit on the left wrist with a pitch Friday night and missing Saturday night's game. ... RHP Trevor Rosenthal (viral infection) will pitch an inning for Double-A Harrisburg on Monday and then be re-evaluated. ... 1B Matt Adams (left shoulder strain) has begun swinging a bat and could take batting practice on the field Monday.

Nationals: LHP Patrick Corbin (4-1, 2.91) makes his fourth start of the season against the New York Mets in the opener of a four-gamer series at Citi Field. He is 1-0 with a 2.70 ERA and 24 strikeouts in three starts vs. New York.