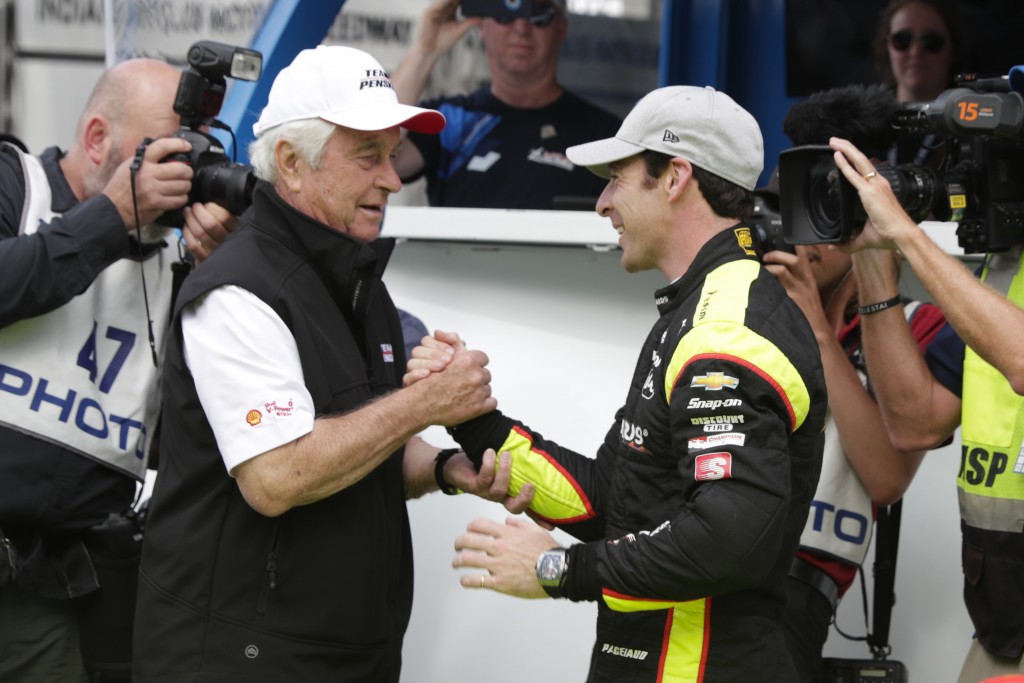 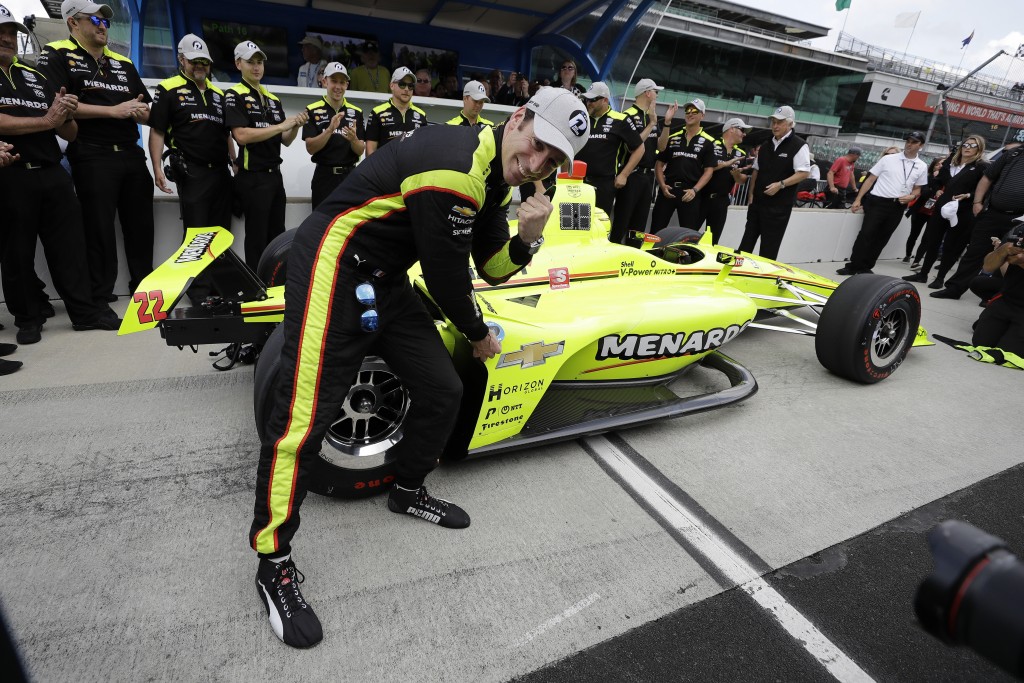 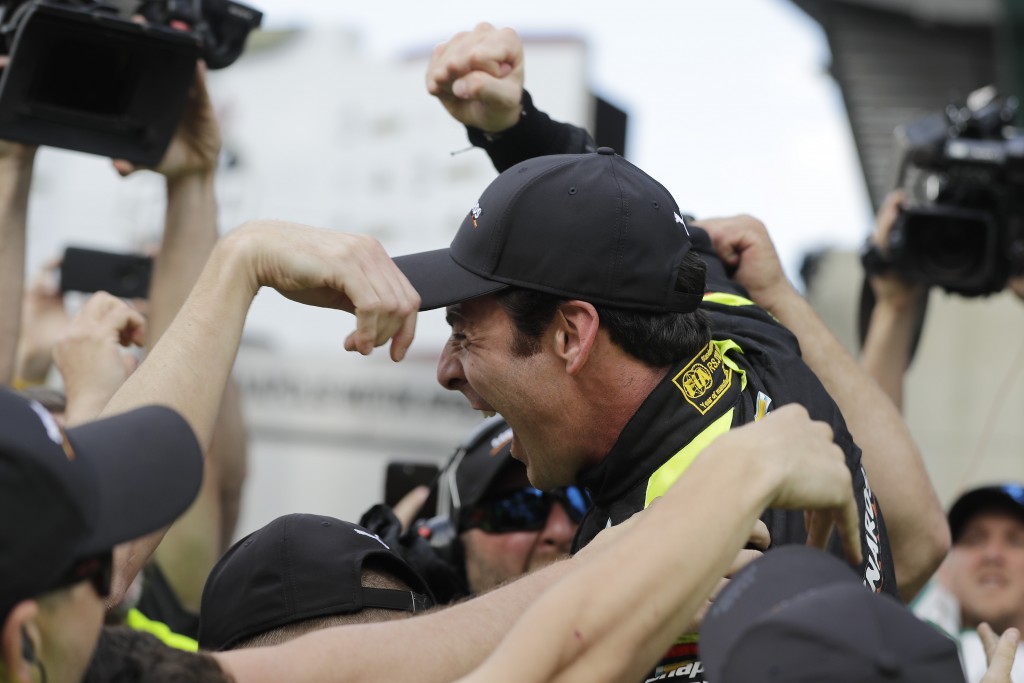 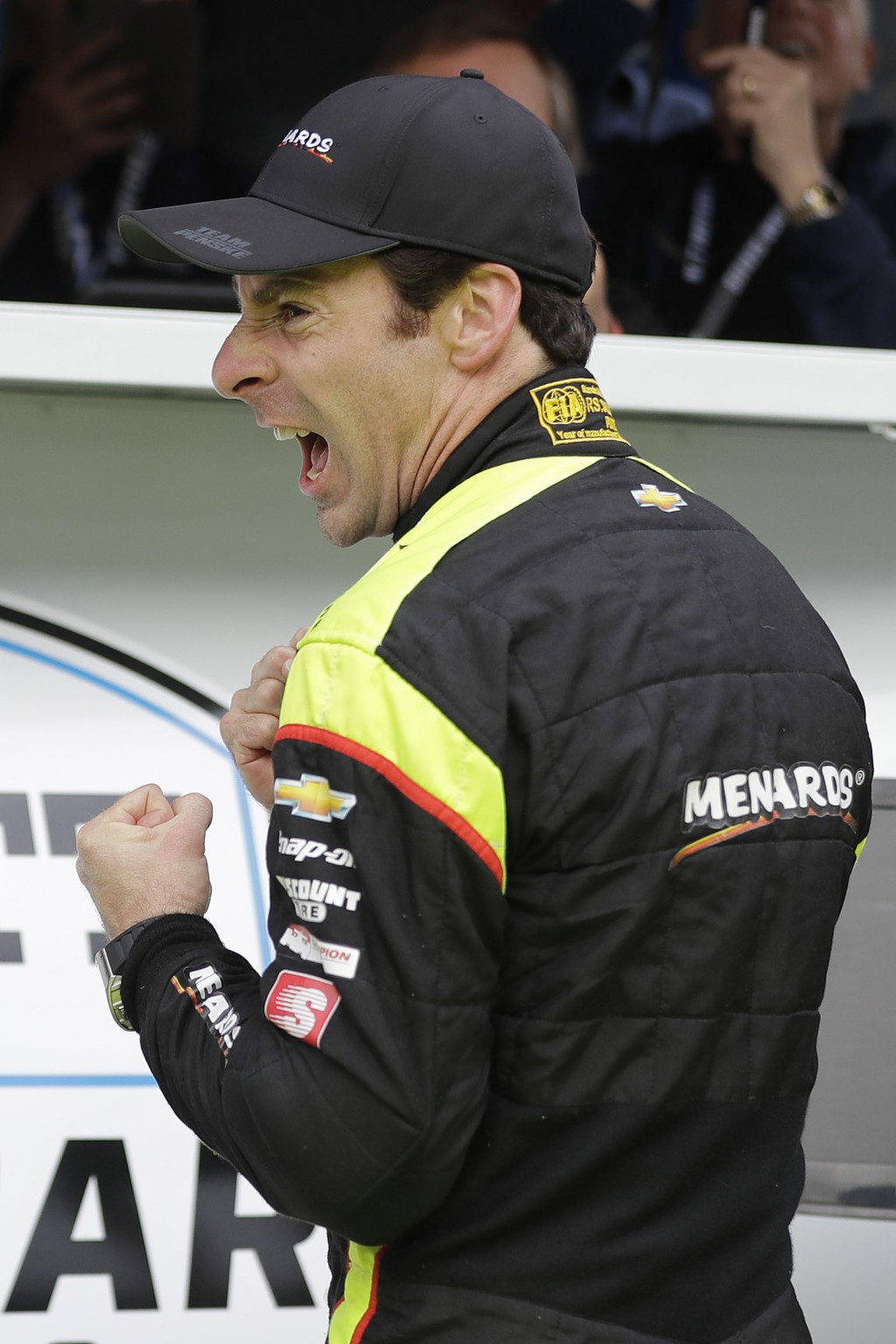 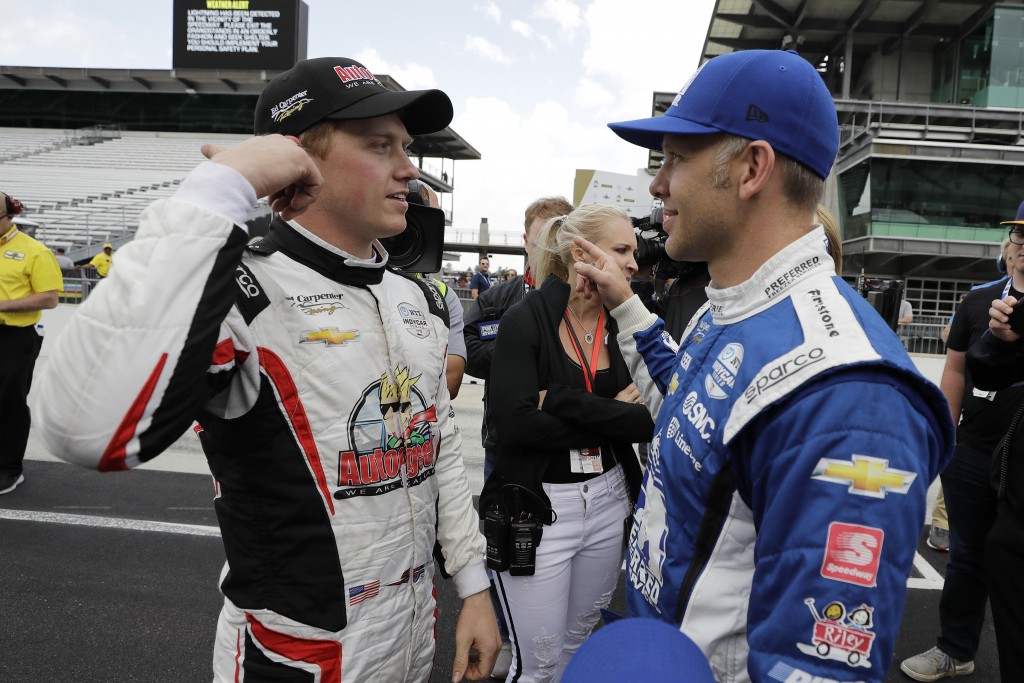 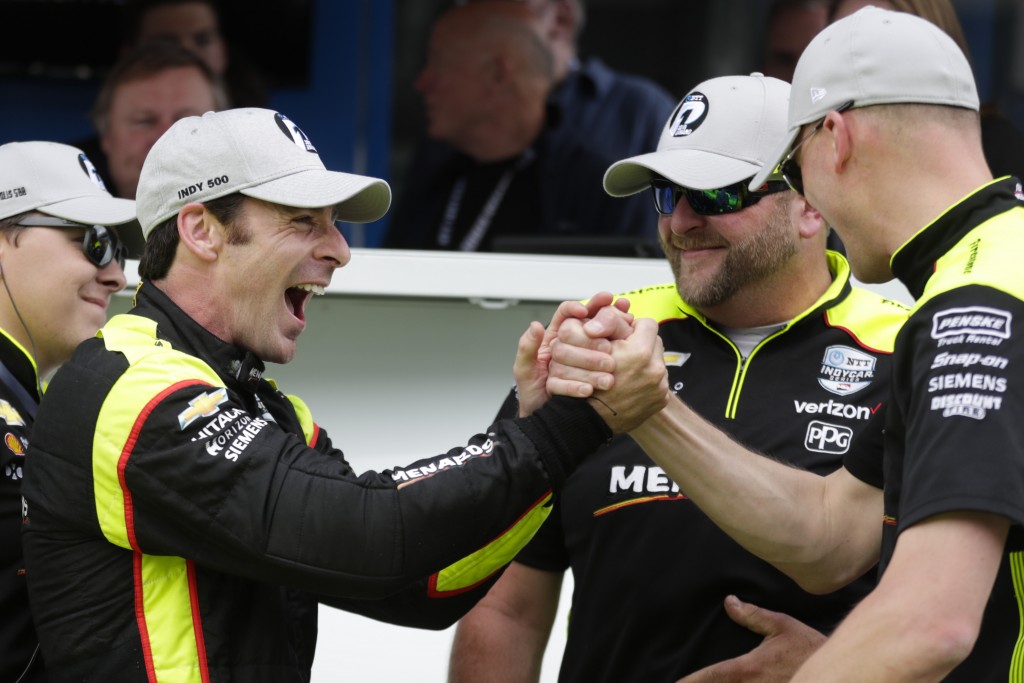 Pagenaud earned his first career Indianapolis 500 pole with a four-lap average of 229.992 mph, edging three-time pole winner Ed Carpenter and Spencer Pigot on Sunday. He is the first Frenchman to win the Indy 500 pole in 100 years.

Carpenter, also the team owner, will start second while Pigot, the fastest qualifier Saturday, completes the front row and Chevrolet sweep of the top three spots.

Pagenaud will try to become the 18th Indy 500 winner for Team Penske and second consecutive to sweep the month of May at Indianapolis Motor Speedway. Will Power of Penske did it last season.

"This is incredible, this is the biggest race in the world," said Pagenaud, who snapped a 21-race losing streak last week with a win on Indy's road course.

This month has been every bit as memorable for Pagenaud as it has been for Roger Penske, who is celebrating the 50th anniversary of making his first 500 as a team owner.

But Pagenaud came to the party on shaky footing because his job status with Penske is believed to be unsecure. But the road course win was his first since the 2017 season finale and now Pagenaud has his first pole since 2017 and momentum heading into next weekend's race.

"We gave it everything we had and it balanced well," he said. "We trimmed (the car) more than yesterday but the car was just outstanding."

Penske's other drivers couldn't even come close to Pagenaud, who moved up two spots from Saturday.

All three of Carpenter's cars were fast and Ed Jones will start fourth as the trio went 2-3-4 behind Pagenaud.

"That's the way this series is now, everything is thousandths and hundredths of a second all the way through," Carpenter said. "You've got to be perfect to really put it together because if you're not, you're going to slide down."

Rookie Colton Herta was the top Honda-powered driver at fifth with a speed of 229.086.

Sebastien Bourdais was seventh at 228.621 and Alexander Rossi, the 2016 Indy winner, was ninth at 228.247. Bourdais drives for Dale Coyne with Vasser-Sullivan and Rossi is the only Andretti Autosport driver in the first three rows.