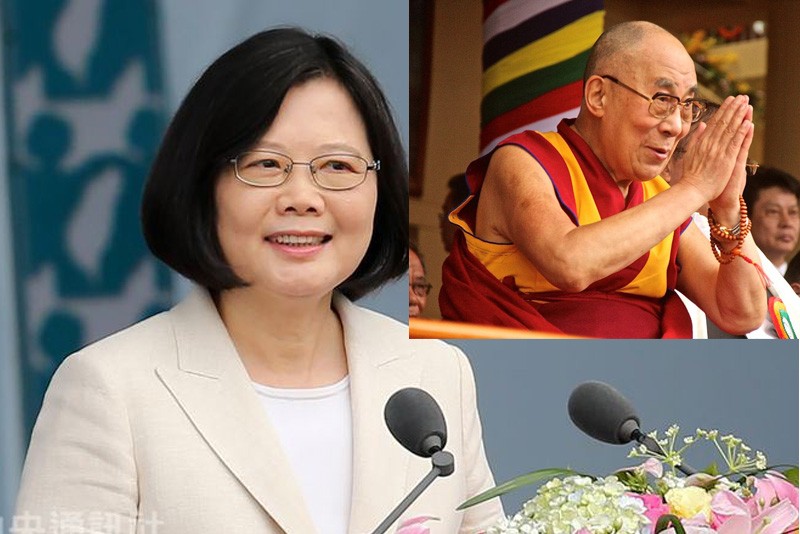 The first time he visited on March 28, 1997, former President Lee Teng-hui (李登輝) greeted him at Taipei Guest House. The 45-minute meeting created history as the ruling party at the time, the Kuomintang (KMT), described it as a meeting between “Mr. Democracy” and “Peace Ambassador.”

The second time the Dalai Lama visited Taiwan was on April 5, 2001. The sitting President Chen Shui-bian (陳水扁) hosted the meeting at the Presidential Office.

The meeting lasted an hour. Then Mayor Ma Ying-jeou (馬英九) presented the Dalai Lama with the “keys to the city” and praised him for his remarkable wisdom and experience.

The third time Dalai Lama visited Taiwan was on August 30, 2008, right after Typhoon Marakot flooded the southern part of the island, causing severe casualties. Seven mayors from southern cities governed by the Democratic Progressive Party (DPP) invited the Dalai Lama to visit Taiwan and pray for those affected by the typhoon. The then-president, Ma Ying-jeou, did not meet up with the Dalai Lama on this occasion.

The Dalai Lama is one of the world’s most respected religious figures. As such, many Taiwanese are looking forward to another visit from the spiritual leader and supporter.

We call on “Spicy Taiwanese Sister" President Tsai Ing-wen (蔡英文) to invite the Dalai Lama to once again return to Taiwan. We should roll out the diplomatic carpet and do all we can to promote the visit by emphasizing the universal values of freedom, democracy, and human rights he enshrines.