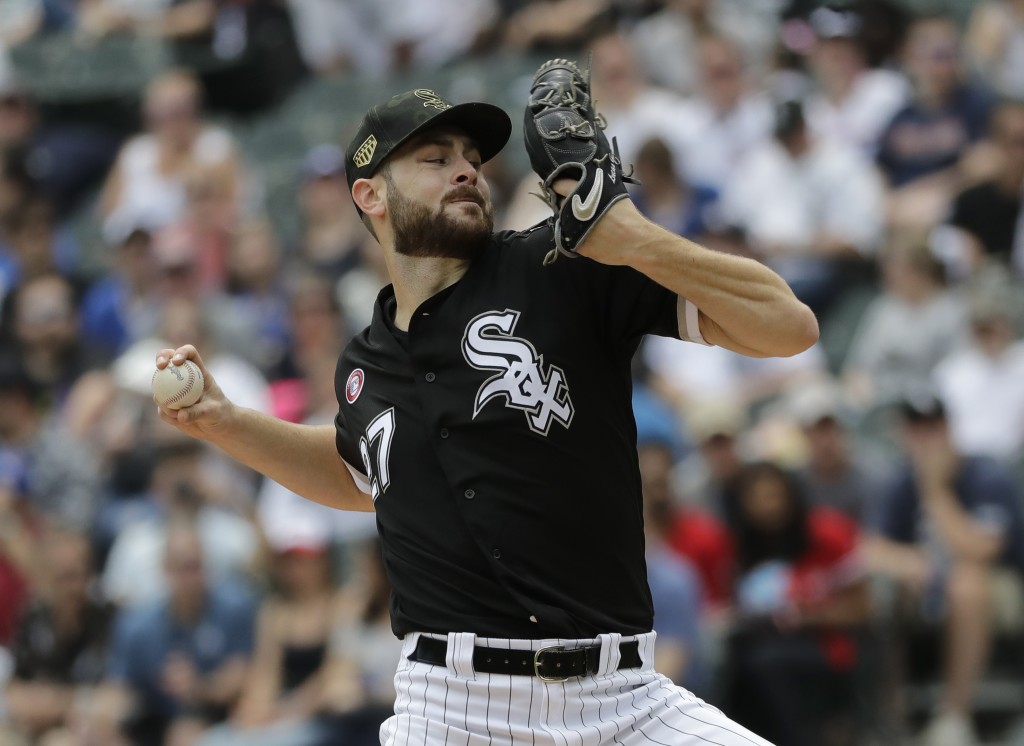 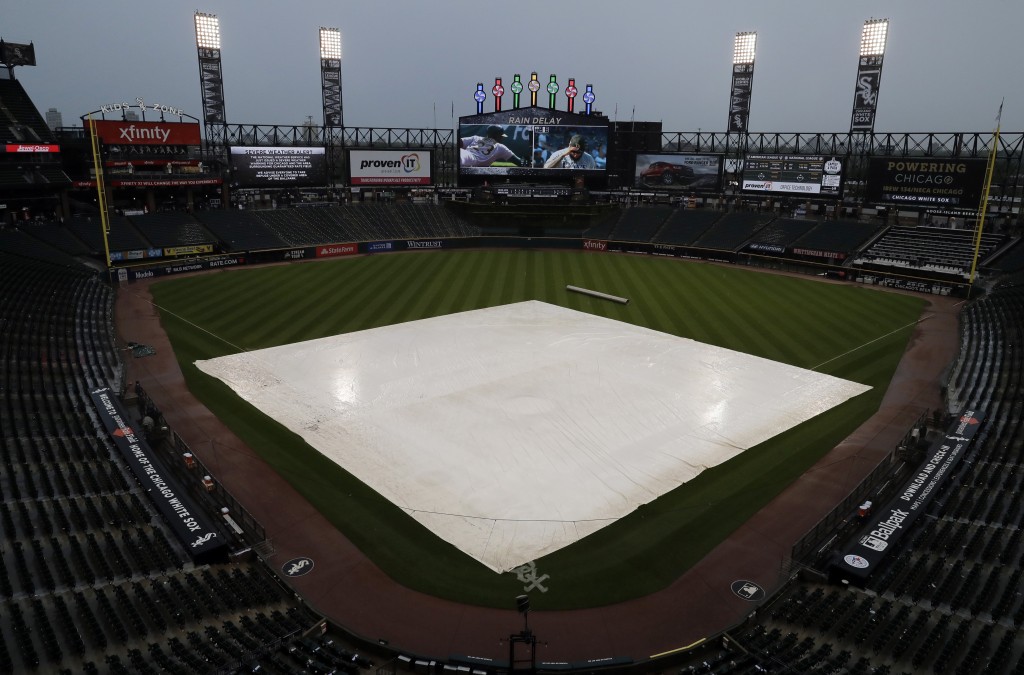 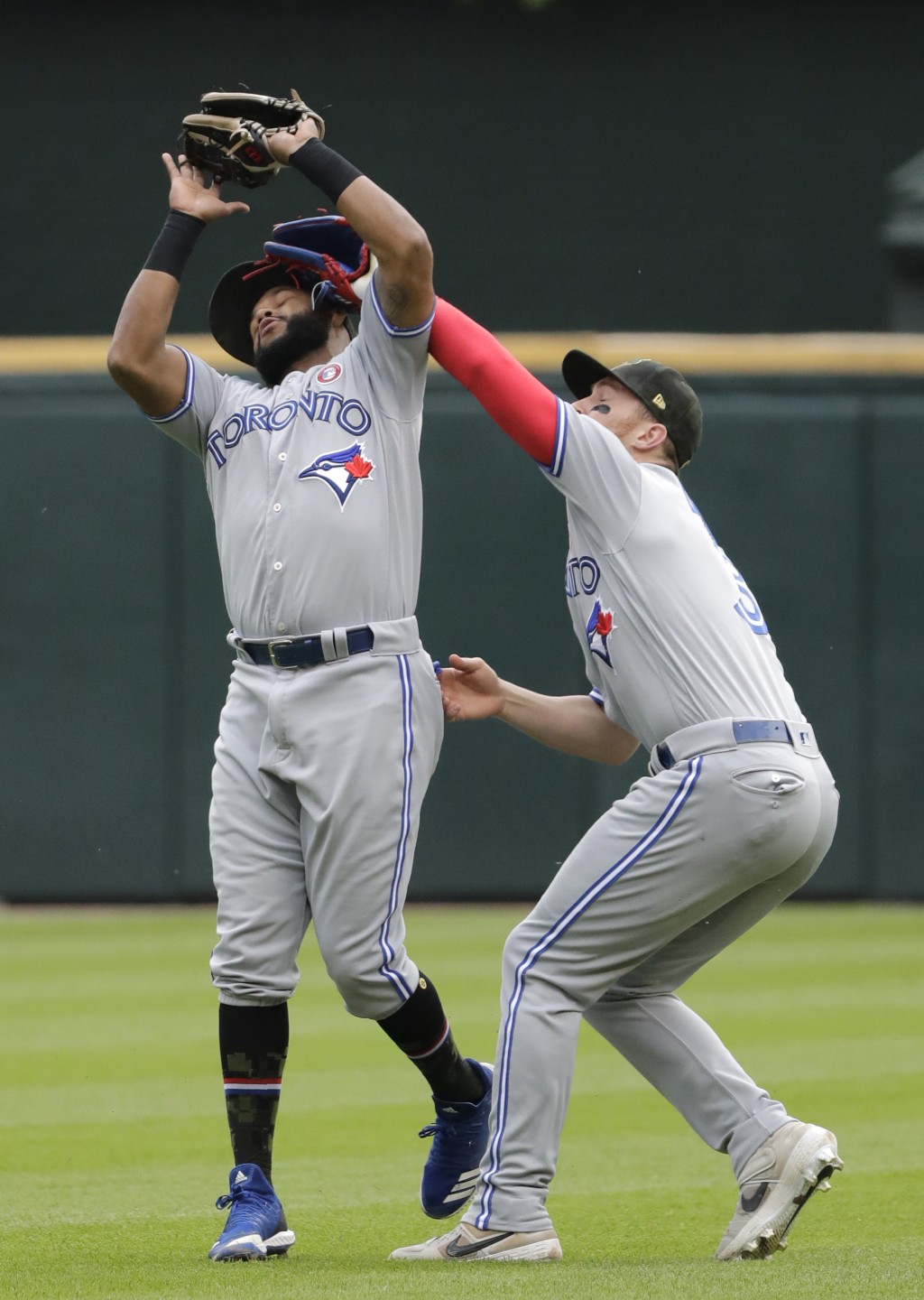 Giolito (5-1) struck out the side in the top of the fifth before play was halted. The game was called after a wait of three hours.

Yonder Alonso had two singles and two RBIs for the White Sox, who have won five of seven.

Ryan Feierabend (0-1) allowed four runs and seven hits in four innings for Toronto in his first start in the majors since 2008. He struck out two and walked one. The Blue Jays have lost 10 of 13.

Freddy Galvis doubled down the right field line in the second inning, and a ball boy fell over while moving out of the way of the ball. Brandon Drury followed with a groundout to tie it at 1.

Yonder Alonso and Charlie Tilson singled to drive in two runs for a 3-1 lead in the bottom half. Alonso added another RBI single in the third.

The Blue Jays selected Feierabend's contract before the game from Triple-A Buffalo, where went 2-0 with a 2.70 ERA in three starts. He has pitched in Korea since last appearing in the majors in 2014 with the Texas Rangers. He entered with a career record of 2-11 with a 7.15 ERA and no road victories. The knuckleballer also throws a fastball and changeup.

Giolito gave up a run and three hits and was credited with his first career complete game. He struck out four and walked two. Giolito had allowed one earned run in his previous 16 2/3 innings.

Blue Jays: RHP Javy Guerra (0-0, 3.86 ERA) was designated for assignment to make room for Feierabend. . RHP Clay Buchholz (right shoulder inflammation) had an MRI on Saturday that showed a Grade 2 elbow strain. He will follow up with Dr. James Andrews on Monday for a second opinion, according to the team. . LHP Clayton Richard (right knee stress reaction) was starting today in Triple-A Buffalo. . RHP David Phelps, who had Tommy John surgery in March 2018, has thrown two live bullpens with no issue, the team said. He was scheduled to throw another live bullpen Saturday.

White Sox: LHP Carlos Rodón (3-2, 5.19) underwent successful Tommy John surgery on Wednesday. He is expected to return for the second half of next season. . Manager Rick Renteria said he hopes OF Eloy Jiménez (right ankle sprain) will be ready to return from the injured list for the team's road trip that begins Monday at Houston. Jimenez has gone 6 for 16 with a double, home run and RBI in four rehab games with Triple-A Charlotte.

RHP Trent Thornton (1-4, 4.81 ERA) is expected to start for Toronto in the series finale. Thornton got his first major league victory after allowing two runs in 5 2/3 innings against San Francisco in his last start. RHP Reynaldo López (3-4, 5.58) is scheduled for the White Sox. He has a 3.65 ERA in his last four starts.