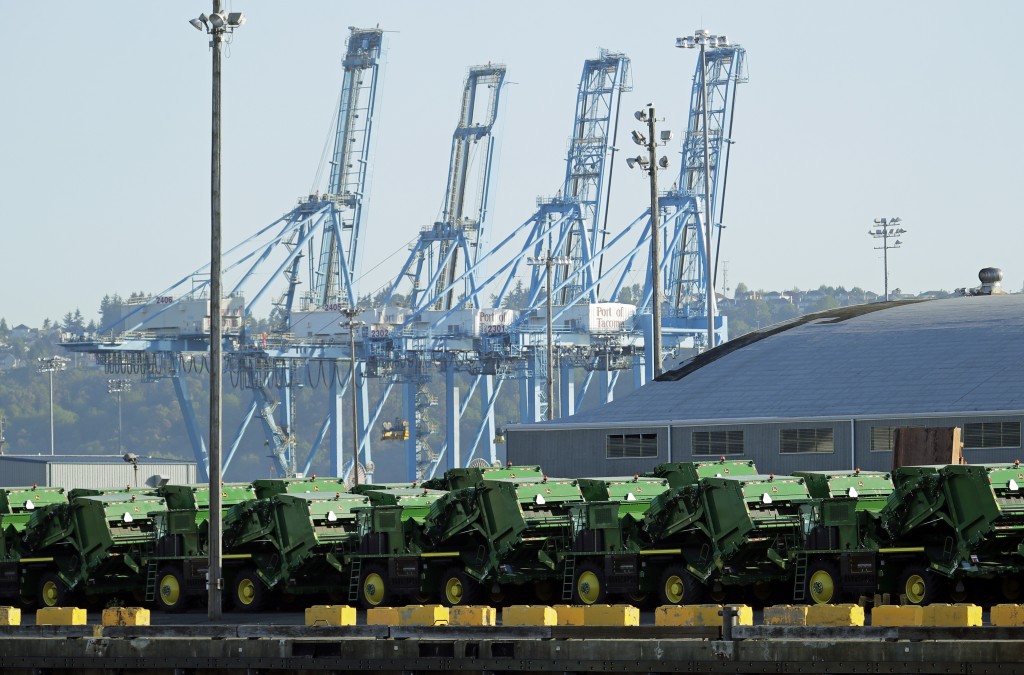 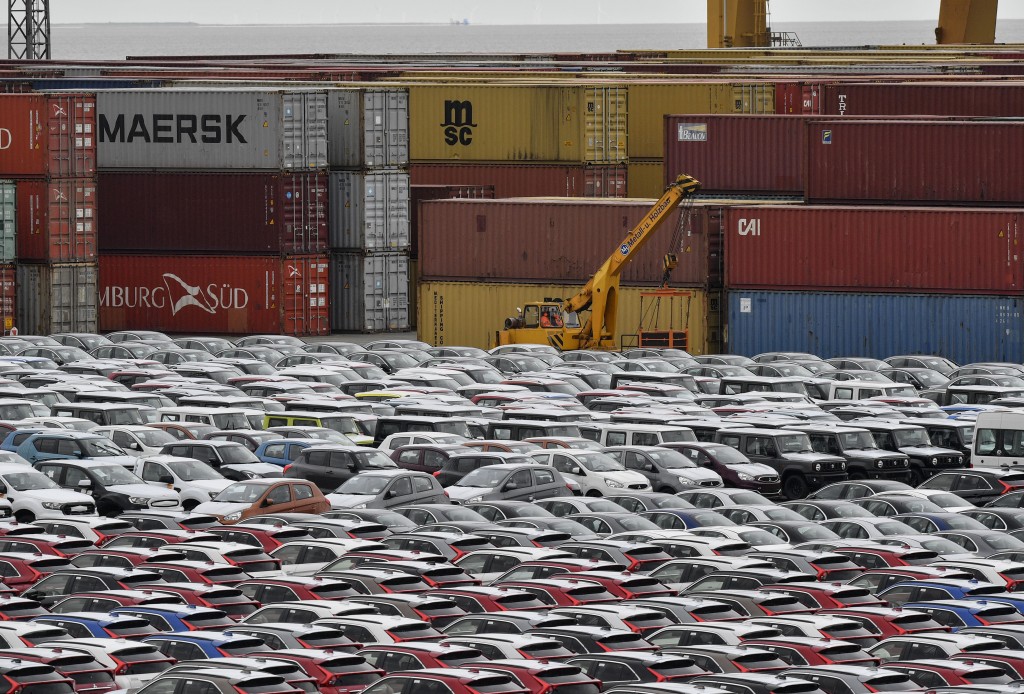 WASHINGTON (AP) — The United States and China have been trading punches over trade for months. And the slugfest has only intensified this month.

Claiming that the Chinese had reneged on earlier commitments in trade negotiations, the United States on May 10 more than doubled tariffs on $200 billion in Chinese goods. Beijing lashed back by raising tariffs on $60 billion worth of American imports.

And on Monday the United States spelled out plans to impose 25% tariffs on the $300 billion or so of Chinese stuff it hasn't already targeted — items ranging from sneakers to door chimes.

The events have cast doubt on the conventional wisdom, dominant just two weeks ago, that the world's two biggest economies were edging toward a compromise on trade.

Here's a look at what's happening:

WHAT ARE THE U.S. AND CHINA FIGHTING ABOUT?

The United States accuses China of resorting to predatory tactics in a drive to give Chinese companies an edge in advanced technologies such as artificial intelligence, robotics and electric vehicles. These tactics, the U.S. contends, include hacking into U.S. companies' computers to steal trade secrets, forcing foreign companies to hand over sensitive technology in exchange for access to Chinese markets and unfairly subsidizing Chinese tech firms.

Last July, Trump began gradually slapping tariffs on Chinese imports. After Friday's tariff increase, the United States now is imposing 25% taxes on $250 billion in Chinese goods. Beijing has counterpunched by targeting $110 billion worth of American imports, focusing on farm products such as soybeans in a deliberate effort to inflict pain on Trump supporters in the U.S. heartland.

Until the blowup of the past week, the two countries appeared to be making progress. China was expected to beef up protection for trade secrets and offer foreign companies wider access to the Chinese market.

But stumbling blocks remained, even before the U.S. raised tariffs last week.

U.S. officials are insisting that any deal be strictly enforced so that China lives up to its promises, something they say Beijing has repeatedly failed to do in the past. Also unclear is what would happen to the U.S. tariffs on Chinese imports. China wants them lifted. The U.S. wants to keep tariffs as leverage to pressure the Chinese to comply with any agreement.

WHAT ARE THE PROSPECTS FOR A RESOLUTION?

Cloudier than they were. Both countries still have an incentive to reach a deal. China's economy is decelerating. The International Monetary Fund expects Chinese economic growth to slip from 6.6% last year to 6.3% in 2019 and 6.1% in 2020. The trade war with the United States has hurt Chinese exporters and eroded business and consumer confidence.

The trade tensions have also rattled financial markets, jeopardizing a U.S. stock market rally that Trump sees as a vote of confidence in his economic policies. And China's retaliatory tariffs are inflicting pain on American farmers, a key part of Trump's political base.

Still, business groups and congressional Democrats are insisting that Trump, having taken U.S.-China relations to the brink, hold out for a deal that requires the Chinese to genuinely change their behavior, reform their economy and open up to foreign companies.

Chinese President Xi Jinping runs a one-party state and doesn't have to answer directly to voters. But he, too, faces pressure not to cave in to American demands.

The two countries are expected to resume talks that broke off Friday but haven't scheduled anything yet. Trump has said that he expects to meet Xi in late June at the G-20 summit in Osaka, Japan

The two countries have given themselves some breathing room to negotiate. The higher Chinese tariffs don't kick in until June 1. And the U.S. tariff increases don't apply to Chinese goods shipped before Friday. Shipments take about three weeks to cross the Pacific Ocean by sea, giving negotiators more time to reach a settlement before importers may have to pay the increased charges.

IS THE TRUMP ADMINISTRATION MAKING ANY PROGRESS ON ITS TRADE INITIATIVES?

Well, yes. On Friday, prospects improved for the North American trade pact the Trump administration negotiated with Canada and Mexico. The United States agreed to lift import taxes on Canadian and Mexican steel and aluminum.

The regional trade agreement — the U.S.-Mexico-Canada Agreement, or USMCA — needs to be ratified by lawmakers in all three countries. The metals tariffs were an irritant, not just in Canada and Mexico but in the U.S., where key members of Congress complained that they were raising costs for U.S. manufacturers that use the metals. By lifting the tariffs, Trump gave the USMCA a better chance in Congress.

Also Friday, the U.S. decided to wait six months before deciding whether to slap tariffs on imported cars, a move that would have hurt Japan and Europe.

Trump and U.S. Commerce Department have deemed auto imports a threat to U.S. national security. The president has suggested he will go ahead with the tariffs later if U.S. Trade Representative Robert Lighthizer can't wrangle concessions from Japan and the European Union on auto trade.